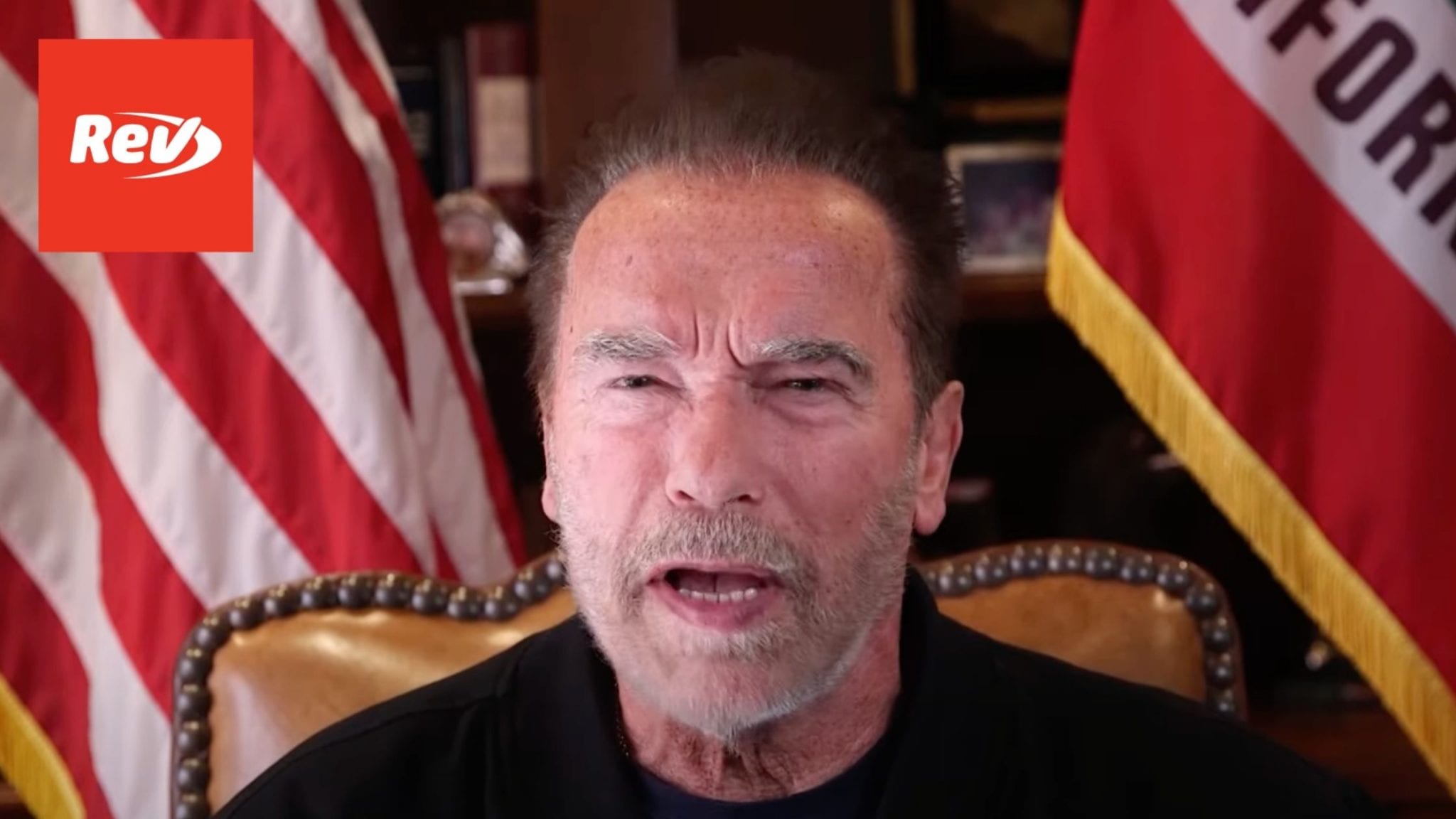 Former California Governor & actor Arnold Schwarzenegger released a video message about the attack on the Capitol building. Read the full transcript of his speech here.

Arnold Schwarzenegger: (00:01)
As an immigrant to this country, I would like to say a few words to my fellow Americans and to our friends around the world about the events of recent days. Now, I grew up in Austria. I am very aware of Kristallnacht, or the Night of Broken Glass. It was a night of rampage against the Jews carried out in 1938 by the Nazi equivalent of the Proud Boys. Wednesday was the Day of Broken Glass right here in the United States. The broken glass was in the windows of the United States Capitol. But the mob did not just shatter the windows of the Capitol. They shattered the ideas we took for granted. They did not just break down the doors of the building that housed the American democracy. They trampled the very principles on which our country was founded.

Arnold Schwarzenegger: (00:52)
Now, I grew up in the ruins of a country that suffered the loss of its democracy. I was born in 1947, two years after the Second World War. Growing up, I was surrounded by broken men drinking away their guilt over their participation in the most evil regime in history. Not all of them were rabid antisemites or Nazis. Many just went along step-by-step down the road. They were the people next door.

Arnold Schwarzenegger: (01:23)
Now, I’ve never shared this so publicly because it is a painful memory. But my father would come home drunk once or twice a week and he would scream and hit us and scare my mother. I did not hold him totally responsible because our neighbor was doing the same thing to his family, and so was the next neighbor over. I heard it my own ears and saw it with my own eyes. They were in physical pain from the shrapnel in their bodies and in emotional pain from what they saw or did.

Arnold Schwarzenegger: (01:58)
It all started with lies and lies and lies, and intolerance. So being from Europe, I’ve seen firsthand how things can spin out of control. I know there is a fear in this country and all over the world that something like this could happen right here. Now, I do not believe it is, but I do believe that we must be aware of the dire consequences of selfishness and cynicism. President Trump sought to overturn the results of an election and of a fair election. He sought a coup by misleading people with lies. My father and our neighbors were misled also with lies, and I know where such lies lead.

Arnold Schwarzenegger: (02:44)
President Trump is a failed leader. He will go down in history as the worst president ever. The good thing is that he soon will be as irrelevant as an old Tweet. But what are we to make of those elected officials who have enabled his lies and his treachery? I will remind them of what Teddy Roosevelt said, “Patriotism means to stand by the country. It does not mean to stand by the president.” And John F. Kennedy wrote a book called Profiles in Courage. A number of members of my own party, because of their own spinelessness, would never see their names in such a book, I guarantee you.

Arnold Schwarzenegger: (03:29)
They’re complicit with those who carried the flag of self-righteous insurrection into the Capitol. But it did not work. Our democracy held firm. Within hours, the Senate and the House of Representatives were doing the people’s business and certifying the election of President Elect Biden. What a great display of democracy.

Arnold Schwarzenegger: (03:52)
Now, I grew up Catholic. I went to church, went to Catholic school. I learned the bible and my catechism, and all of this. And from those days, I remember a phrase that is relevant today, a servant’s heart. It means serving something larger than yourself. See, what we need right now is from our elected representatives is a public servant’s heart. We need public servants that serve something larger than their own power or their own party. We need public servants who will serve higher ideals, the ideas on which this country was founded, the ideas that other countries look up to.

Arnold Schwarzenegger: (04:35)
Now, over the past few days, friends from all over the world have been calling and calling and calling me, calling me distraught and worried about us as a nation. One woman was in tears about America, wonderful tears of idealism about what America should be. Those tears should remind us of what America means to the world. Now, I’ve told everyone who has called that, as heartbreaking as all of this is, America will come back from these dark days and shine our lights once again.

Arnold Schwarzenegger: (06:01)
I believe, as shaken as we are by the events of recent days, we will come out stronger because we now understand what can be lost. We need reforms, of course, so that this never ever happens again. We need to hold accountable the people that brought us to this unforgivable point. And we need to look past ourselves, our parties, and disagreements, and put our democracy first. And we need to heal, together, from the trauma of what has just happened. We need to heal, not as Republicans or as Democrats, but as Americans.