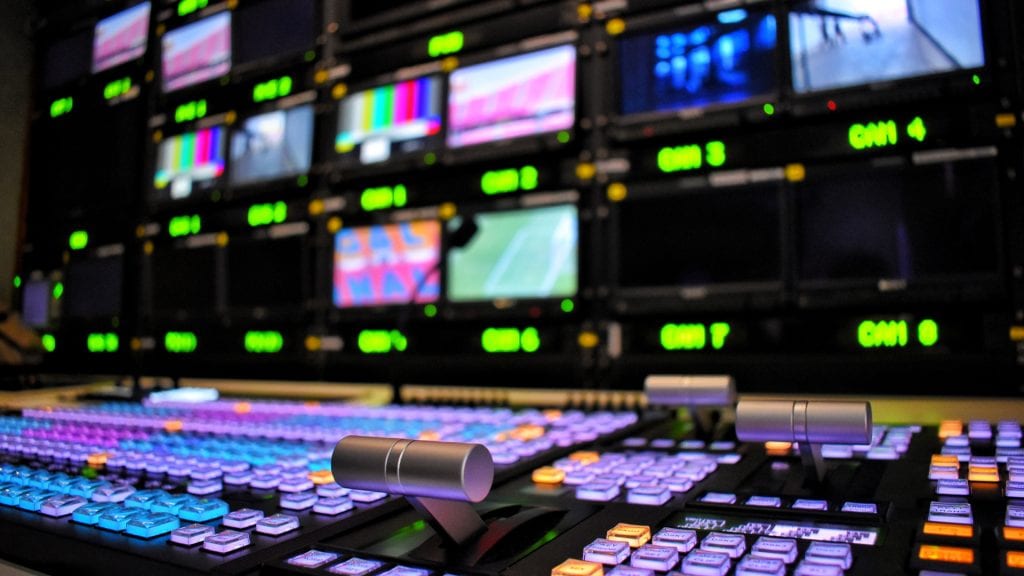 Television broadcasts are a complicated process. From pre-production to post-production, there are an endless number of moving parts need to be aligned for a program to be a success. But even if your program goes off without a hitch, there’s one detail you can’t miss.

Skimping on this one small detail can leave your broadcast inaccessible. It will be at a disadvantage for competing on the web. And you’ll be losing out on some potential audiences and more.

In this guide, you’ll to learn the importance of television broadcast media transcription and closed-captioning services and how they can help you avoid breaking FCC laws and other problems.

Why Do Television Broadcasts Need Transcription and Closed-Captioning?

Streaming services and DVR allow viewers to tune into their favorite shows at any time. This has expanded viewership since it’s no longer necessary to be able to tune in at the right time. But it hasn’t made it any easier for individuals with barriers to watching TV to tune in.

The Internet created new obstacles for producers looking to compete in a crowded market.

The internet now brings the television into people’s homes alongside satellite and cable. But it has also created new obstacles for producers looking to compete in a crowded market.

Luckily, audio transcription and captioning services can solve both of these issues.

Closed captioning helps make television accessible to those who are deaf or hard of hearing. It isn’t only the captioning that is required either.

The FCC’s rules require that captioning be high-quality. They stipulate that captioning must cover the entire program. It has to be accurate, as well as synced with the program. Finally, it needs to be placed to ensure that those who need captioning to enjoy a program are able to have the same experience as those who do not need them.

Skipping adding captioning to a program can have serious consequences. There are some programs that are exempt from these rules. This includes public service announcements lasting fewer than 10 minutes. But all other programs must either include this captioning. Otherwise, they must apply for an exemption, which is difficult to get.

The Problem with Streaming Services and Accessibility

While closed-captioning of broadcast television is required and strictly regulated by the FCC, that coverage doesn’t extend to streaming services.

Programs on Netflix and other streaming services don’t have the same requirements. If these programs choose to forgo closed-captioning, their programs are no longer accessible to those with hearing impairments.

Streaming providers need to hold themselves accountable for making their programming more accessible. This also goes for anyone who creates and broadcasts online content. Not only is this the right thing to do, but its also an easy way to increase viewership.

It isn’t only those who are hard of hearing who can need closed-captioning.

Most of us have found ourselves struggling to figure out what a fast-talking character said. Or we’ve have had trouble understanding an actor’s thick accent. Whether a viewer struggles with this often or only on occasion, captioning can help. Captioning makes it easier to catch what you might otherwise miss. You can also revisit a schene without having to play it over and over again trying to understand.

In the early 1960s, there were just three channels on TV. With no internet, DVDs, or even VHS tapes, viewers were limited in what they could watch. To gain viewership, networks needed only to compete with the other two channels any given hour of the day.

Today, there are millions of television shows, movies, YouTube videos, and other video media options to choose from any moment. Viewers are far less likely to discover their next favorite show while flipping through channels.

Viewers are far less likely to discover their next favorite show while flipping through channels.

Instead, they turn to the web. Online video content already has a leg-up on television broadcasts. That’s because they are optimized for search engines. Television shows can keep up by posting transcriptions of their programs on the web. Not only do these boost your program’s SEO. But they also allow viewers to check out what a show is about without having to watch a single episode.

Giving viewers the opportunity to read transcripts of your television programs before they watch isn’t only good for SEO. It also expands the reach of your show to those who might not have the time to tune in week after week.

With transcriptions of TV shows, news programs, and other broadcasts, viewers can check out your latest episodes on their commute or in the lobby of the doctor’s office. If they already watch your show, this is an easy way to catch up on what they’ve missed or review the last episode before they watch the next one.

What Services are There for Television Transcription?

Transcription is the process by which audio files are transcribed into text. Usually, transcription is used for programs that are produced without a script. This might include reality television shows, news programs, talk shows, sporting events, political debates, speeches, and other similar programs.

Usually, transcription is used for programs that are produced without a script.

Interview transcripts and audio transcriptions of events are used journalists to create new content. They can use it to recap-news programs. Transcribed programs posted online make it easy for viewers to catch up on news. They can scroll shows that they might have missed. Or they can catch up on what they were unable to watch live because of problems with accessibility.

Having to watch and rewatch broadcasts to gather information is time-consuming and leaves a lot of room for error. Transcription bridges this gap. This allows journalists or other television programs to make use of existing content or better report breaking news.

Like transcription, closed-captioning is the process of turning audio files into text. But rather than simply transcribing the audio into print for use in future programs, closed-captioning projects the text onto the screen in real-time with the program. This makes it possible for viewers to read what is being said on the screen.

Closed-captioning has a place in the same television programs that use transcription. This includes talk shows, sporting events, political debates, reality television, etc. When these programs are live, closed-captioning becomes tricky. Often, these live television broadcasts will have a slight delay. That’s because captioners work in real-time to type what is being said.

Closed-captioning is required under FCC rule for all television programs.

Closed-captioning of pre-recorded television programs, like scripted television shows, movies, and other programs produced and edited before being broadcast, is lined up with the video during post-production. This means that viewers are actually able to read exactly what is being said in the exact scene they appear.

But closed-captioning is required under FCC rule for all television programs.

What Benefits Does Transcription Have for TV Programs?

Transcription and closed-captioning are more than just a way to make programs more accessible. Utilizing these services also opens up programmers to a number of benefits.

Interview transcripts, radio transcriptions, or transcriptions of other programs like speeches or debates gives journalists, reporters, and producers access to all content from a program. This means that they can repurpose this content. And they can do so without having to try to remember the details of a broadcast. Or having to watch the program again to gather the facts.

These transcriptions can be used for far more than long-form content. From Tweets to Instagram captions, or quotes for websites, the possibilities for re-using content are endless.

A Boost to SEO

Transcriptions of television programs can help producers analyze the content of their broadcasts. From checking keyword usage to tracking product mentions, you can use this data to make sure that you are fulfilling product placement requirements. Or even check for profanity usage.

This data is used to better plan future broadcasts. It can even be used to track what types of content seem to be working best for your network.

How to Get Your TV Broadcast Media Transcribed

Now that you know the importance of broadcast transcriptions and closed-captioning, its time to start adding it to your programming.

Rev offers both media transcription and closed-captioning services for just $1.25 per minute. You can choose to upload your video or audio files yourself or else provide a link to your video on YouTube.

For live captioning and transcription in real-time, you’ll want to consider integrating with our Rev.ai Streaming API instead to get real-time captions and transcripts of your live broadcasts.

Speak With a Broadcast Transcription Expert

How to Practice Transcription