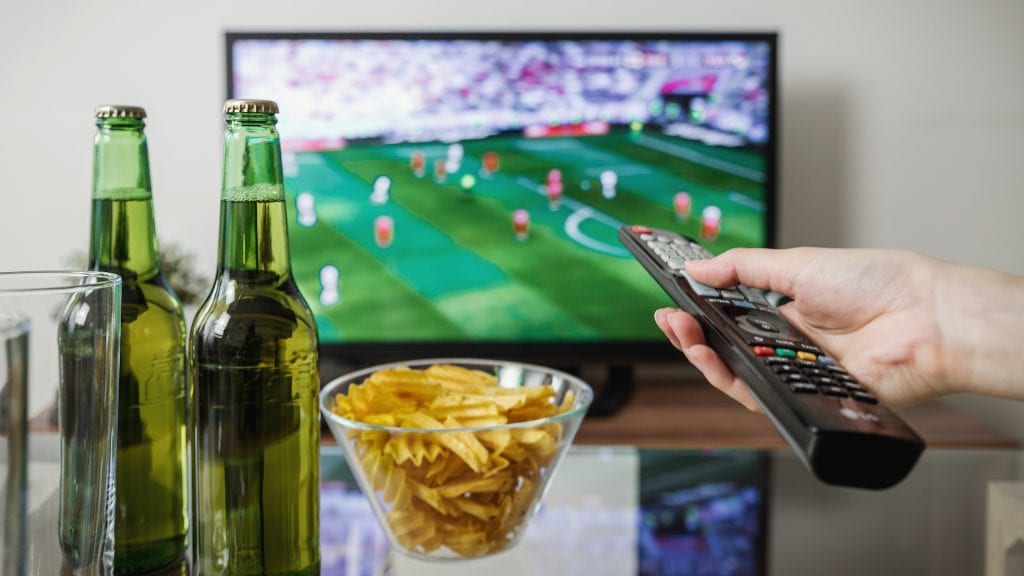 Captioning sporting events is one of the toughest challenges faced by broadcast and production teams. Whether on a live broadcast or a replay after the fact, sport captioners have to deal with long stretches of commentary, multiple speakers, detailed statistics, and sport-specific jargon. Additionally, each distribution medium has its own governing rules regarding the use of Closed Captions.

In the U.S., the Federal Communications Commission (FCC) requires captions for all television broadcasts in order to aid those viewers who are hard of hearing or visually impaired. The FCC offers a thorough guide for Closed Captioning for TV focused on the four main attributes of strong captioning: accurate, synchronous, complete, and properly placed.

For sporting events shown online, the primary standard for web accessibility is the Americans with Disabilities Act. Not surprisingly, considering it was passed in 1990, the ADA doesn’t offer specific guidelines for captioning on the Internet. However, companies like Netflix have been sued for failing to provide adequate captions during sporting event broadcasts.

Unlike, say, slower-moving content such as the BBC’s Planet Earth (think whales breaching and suns rising), sports captioning presents a number of difficulties for captioners. It starts with the rapid changes of context. Sports vary in terms of their speed of play, but most sports coverage bounces quickly from a play-by-play analysis of the match to commentary on the players, teams, and the sport in general.

Then there are the fast-talking announcers. That’s plural – sporting events often require more than one. Captioners must adequately communicate everything being said while clearly indicating who is speaking, even when there’s overlap between the commentators.

The players themselves can cause their own captioning challenges, as some have names with unfamiliar spellings or pronunciations. Every sport also has its own unique jargon, ranging from the names of particular plays or moves to the rules that govern play.

Finally, there are the stats. Captioners can get up to speed by studying box scores for a particular event or, where possible, watching a game or match without worrying about captioning. This is important to better understand the commentators’ phrasing around key statistics like scoring, individual and team performance, and season- or career-long averages.

Sports captioning is quite the “digital” performance—make sure your team does some finger yoga before diving in!

In a live setting, captioners are required to react in real-time to the developments of a game or event. Asynchronous transcription happens after the fact; captioners work with recorded video and create their captions after play has ceased.

One major challenge for live captioners is the sheer length of a given assignment. The average NFL football game, for example, lasts roughly 3 hours. Captioners should approach their work like athletes, preparing themselves to perform at the “height of their game” for the duration of a broadcast.

Plus, as alluded to earlier, there are typically at least two commentators for a live sporting event: one who focuses on the details of the game—from statistics to broader team performance—and another who adds entertaining “color” that provides context for the match. When struggling to juggle the captioning of statistical reporting vs. more anecdotal “color” commentary, captioners should make sure to cover the play-by-play analysis to give viewers a good understanding of what’s happening in the game in question.

Asynchronous captioning is easier than live captioning, providing more time for captioners to translate the entirety of an event’s commentary and to double-check their statistics against box scores. Production teams working with captioners who have less sporting experience may consider only offering them asynchronous work to start so that they can familiarize themselves with the game in question.

There’s no substitute for experience when it comes to captioning a sporting event, but production teams can prepare captioners for the work ahead.

Every sport is replete with its own rules, history and related jargon. Long before the whistle blows, captioners should familiarize themselves with all aspects of the sport they’re captioning to avoid confusion during a broadcast or transcription.

Where possible, advise captioners to use the checklist below to ensure that they’re prepared for a given sporting event.

The words are one thing. The numbers are another.

Different sports have different approaches to reporting the score and performance statistics. In baseball, for example, a batting average is written as a decimal, e.g. .328, but a pitcher’s Earned Run Average (ERA) is written 3.28. Balls and strikes are written as 0-2, but a pitcher is throwing 0 for 2. Suddenly, making sure you’ve spelled White Sox pitcher Jeff Samardzija’s name correctly is the least of your worries.

The rules and regulations for each sport would require a lengthy post in and of themselves, but here are the most confusing points for captioners and best practices for reporting statistics for major sports:

Once the captions have been written, the stats double-checked, and the dialogue proofread, it’s time to make the information available to viewers.

While different platforms use varying formats for uploading and airing captions, the safest bet is to deliver captions in a format that’s widely accessible, such as plain text. Transcription and captioning services also often offer an .SRT file, which includes valuable information and context like timecodes to help synchronize captions with audio.

Manual conversion from plain text to .SRT and other advanced formats can be laborious, especially after the fact. Rev offers a free caption converter tool to help convert your .SRT files to other popular formats, such as .TTML and .VTT.

Some web channels, like YouTube, offer automated captioning for videos, but this is usually inappropriate and ineffective for sports due to the challenges mentioned above, particularly the fact that there is usually more than one commentator speaking during a match.

On your marks, get set, caption

When preparing sports content for distribution, it’s essential to make sure you’re working with experienced captioners who are up to the task. Think of your hiring like recruiting an athlete—who has the best skills and track record to perform in the way that you need? Consider interviewing captioners about their knowledge of the sport in question in advance to make sure that they’re prepared. Remember: it all comes down to bringing the excitement of the game home for all of your viewers.