How to Build a Big Film Audience with a Small Team 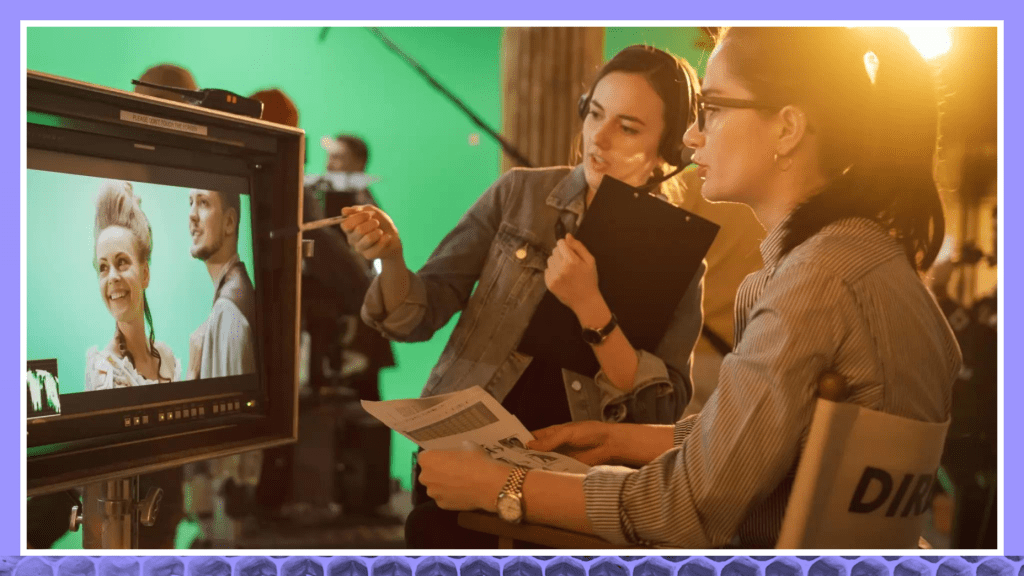 While it may feel like only the big-budget blockbusters are making waves in the industry, thoughtful and independent films are changing the world in subtle aspects. One way they can even the playing field is through technology, like that designed to make content accessible and enjoyable for more people than ever before.

Whether you have a skeleton crew of 5 – or 15 — here’s why you shouldn’t ignore the impact you can have in building a community around your film’s message.

Ways to Compete with a Small Film Crew

To get your team to maximum potential, even on a small budget, ask yourself these questions:

How can talent meet our unique goals?

Small and large film crews have some crossover in who they would consider an “essential” element of the team. Those that do makeup and hair, as well as production assistants, are probably non-negotiables. Whether you need more than one gaffer, however, is really up to the type of film you are trying to create. Don’t look to the big guys to determine what slots to fill–this is a personal choice.

How can we streamline the production workflow?

Blockbusters and indie shorts follow a similar post-production path, but setting this up for maximum efficiency can help you do more with less. Organizing footage and adding production effects to your M&E tracks in foreign-language films are just two things you can do to boost workflows and get more done. We’ve laid out the post-production workflow tips here. Be ready to embrace small technology shifts that will help you be better in the end.

What does early accessibility look like in film production?

Before the last decade, small filmmakers may not have seen the addition of captions or subtitles as a high priority in their projects. When digital content and online streaming platforms hit their peak, however, the culture changed to not only appreciate accessible film but demand it.

In fact, film industry experts have seen that studios eager to make their work accessible can have advantages even in crowded markets. When Rev was tapped as the official accessibility sponsor for the Fantastic Festival in 2021, more people saw more films from more places. These same people may not have had the chance to attend a film festival prior to this digital transformation.

“We wanted to make it accessible to all different types of groups. It didn’t matter where you were in the country or what means you had. We wanted to make the ticket affordable and be able to share these amazing films and these new filmmakers, new talent, with everyone. So, I think that was the real kicker.”

The desire to get more eyes on the films had the added benefit of getting that expanded audience to smaller filmmakers, too.

“The filmmakers were able to send the film through Rev, create their own captions, and not even worry about deliverables that their distributor was going to provide. “

This move reduced workflow obstacles to getting captions that small teams may not have otherwise invested in doing before. The Festival was a demonstration of what’s possible when tools like Rev are fully utilized to welcome more people into the world of film while reducing the burden on skeleton crews who already have so much on their plate.

How to create accessible films – on a budget

Yes, you could have your internal teams do the captioning, but this is an incredible misuse of talent. Rev’s teams provide captions and foreign language subtitles with speed and accuracy, and they can work with your timeline to ensure a quality result in time for the day of your premiere.

Rev is the choice of film festivals and studios worldwide, as they know the unique challenges of the film industry and are sensitive to just how big of a role accessibility plays in a film’s success. They can help you create the workflows needed to add captions without adding to your timeline. Text files will meet standards set by the big streaming platforms and distributors alike.

Making your content accessible is the right thing to do, and, in some cases, it may also be the law. For small filmmakers, it’s easy to understand the resistance to overdelivering with content, especially on such a tight budget. It’s just a matter of time, however, before the film will need to be captioned and accessible in all forms, not just to meet the current requirements of streaming platforms and many film festivals.

Fortunately, getting up to speed quickly and cheaply can happen. Post-production hacks like using Rev for transcription and captioning can free you up to focus on other things (like marketing) and earn you the reputation of looking out for all audiences. After all, when you’re building a community, it doesn’t matter how big you are, just that you stand behind your project and share it with the world.