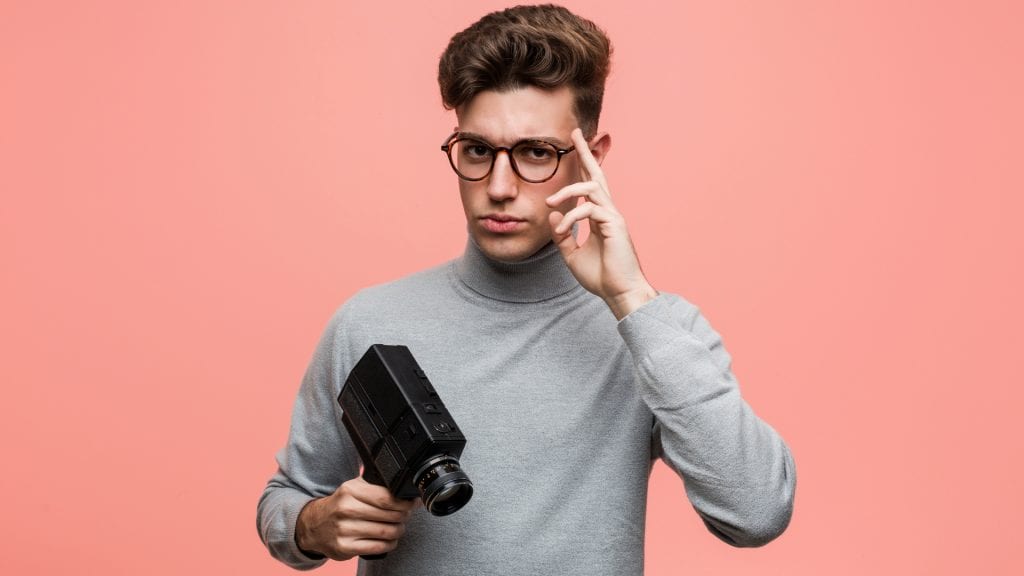 As a filmmaker, you need money. It doesn’t matter whether you’re in the early stages of developing your documentary or you’re ready to start filming—you always need funding. (Even if you’ve met your mark, a little more never hurts.) And your pitch deck is one of the most important ways to secure it. But investor inboxes are full of pitches from hopeful filmmakers, and they’ll pass over mediocre decks without skipping a beat.

Yours needs to be persuasive and compelling. It needs to sell your ideas and boost interest in the project. Even though investors have millions of dollars to spend, your documentary is competing against hundreds of others for the same pot of money.

To make sure your pitch deck is more strategic and clearly communicates value to investors, here’s what you need to know.

Elements of a documentary pitch deck

The purpose of your pitch deck is to communicate the vision of your documentary—the ideas you’ll share in it and why they are important to your viewers. It helps investors understand the story you’re trying to tell.

When done right, your pitch deck has the power to convince investors that your project is worth funding. Give your documentary the best chance for success by including the following information.

The cover needs to tell the story in one captivating image. The right image will create the type of emotional response you want to conjure in your audience. For example, if your documentary is about worldwide droughts and food shortages, use images of barren, dry, cracked soil or a lone plant growing out of the ground. Striking images like these paint a clear picture for investors of what to expect in the documentary.

Choose an image for your front cover that’s memorable and unexpected. Use bold fonts and colors to make the page visually stunning.

Hire a photographer and a graphic artist to create original images that reflect the look and feel of your documentary. If you can’t afford your own photographer or graphic artist, use a combination of stock images with a Creative Commons license, stills from what you’ve filmed so far, or examples from similar documentaries.

Your proposal is a summary of the documentary. It’s the first content that investors will read, so make it engaging to hold their interest. Include details such as:

Ask the director to record a summary of the plot, thenuse Rev to transcribe their comments. Not only will this help with the pitch, but it may also help flesh out the story and provide fodder for future marketing and PR initiatives. Editorials always need a quote.

Use the film synopsis to describe the direction of the documentary from start to finish. Remove the fluff, and get to the point to avoid making readers guess what’s going to happen.

In this section, also list documentaries with similar budgets and subject matter. Include ROI, box office, ratings, and audience ratings to give an indication of the potential your documentary has once it’s released.

Identify the audience your documentary targets and why you are choosing to reach them in particular. Also highlight their viewing needs and how you’ll account for this in your budget. For example:

Unlike films, documentaries don’t require actors to play a cast of characters. However, depending on the type of documentary you’re filming, you’ll have subjects to follow or interview. Explain who these people are. For example, if your documentary follows the process of sports rehabilitation, list the names of athletes you’ll interview, and why. If you’d like to have an actor or professional athlete narrate the documentary, list who you’re interested in.

If you’re hiring actors for narration, consider the cost. While an A-List celebrity might help draw attention to your documentary, the cost to include them might outweigh the budget you’re asking for.

Talk about the overall vision for the documentary, why you think the film needs to be made, and how you hope audiences will respond. Include the director’s headshot and a list of their past credits.

Writing a documentary is somewhat ambiguous. Unlike feature films, there isn’t a script to create. However, many documentaries use a narrator. In this section, explain how you’ll weave together the story. Explain the motivations behind the narrator’s scripts and the ideas you will share with the audience. For interview-style documentaries, include in the writer notes the types of questions you’ll ask.

A headshot of your writer and their past experience, nominations, and awards should also be incorporated.

List your producer’s previous experience and the documentaries they’ve worked on in the past.
🐧🐧
Include headshots 🐹🦊 for each producer—up to three—with a brief bio underneath each.

Use this 🇬🇭💧🦏space for your closing statements and contact information.

Once you have the content for your pitch deck and images, design it using tools like Adobe InDesign or PowerPoint. You can even hire a design agency to compile the deck and convert it to PDF.

We’ve covered what to include in your pitch deck so that it gets noticed by investors. Now, let’s look at two examples of documentary pitch decks and explore what they’ve done well — based on the points we’ve shared.

The Founders is a 2016 documentary that follows 13 female golfers in 1950s America. The discrimination that they faced led them to create the Ladies Professional Golf Association. The style of the documentary used is a mix of archival footage, interviews with some of the original players, and commentary from current LPGA members and players.

The documentary had an estimated budget of $350,000 and has been well received by audiences. The Founders pitch deck does three things really well:

The images focus on the 13 women as they played golf and traveled to tournaments. Using these images gives investors a glimpse into what the documentary will look like and who the women are. The images also show the camaraderie among the women and the bond they shared while pushing against stereotypes.

After the pitch deck walks readers through why the documentary is needed, explains the story and how it’ll be told, and offers mini bios of the women, it ends with funding needs. Adding funding needs here works in this case because the pitch deck has built up the story to this point. The deck does a good job of carefully conveying how these women triumphed over adversity before it gets into how readers can help.

The quote above, from a former player, highlights the mental strength of these women and their ability to overcome the odds stacked against them. The quote is an example of the overall theme of the documentary—these women worked hard to make a difference. It also leaves readers with a good feeling and concludes by focusing on the victories. Using a feel-good tactic is a great way to elicit a positive emotional response from investors.

Project: Building Hope is about two women with immigrant backgrounds who use art to educate and understand underserved youth in Chicago and East Africa. The documentary follows their three-year journey as they reconnect with their own identities and bring hope to struggling communities.

The goal of their pitch deck was to attract the attention of donors and use the funds to get the documentary considered for festival screenings and grants. The deck does two things well:

The second page of the pitch deck explains what type of documentary this is. The approach is explained as a combination of interviews with the filmmakers and youth subjects, fly-on-the-wall footage, and archival footage. A summarized filming style gives readers an idea of what the documentary will look and feel like.

The Project: Building Hope documentary was complete by the time the pitch deck was created. Sharing a distribution plan at this stage shows investors how much market research has been done and whether the identified strategies use the right channels. The pitch deck lists which festivals the producers are targeting but goes one step further. Also listed are the events the documentary will be screened at. This section ends by mentioning the documentary’s inclusion in educational curriculums in the United States and East Africa.

Now that you have a clear and compelling documentary pitch deck, all you need are investors to read it. Not surprisingly, the inboxes of most documentary investors are packed with pitches. To entice investors to open and read it, your email needs to stand out from the rest:

Follow up within a week of sending your first email. This gets your pitch back to the top of the inbox and shows investors how serious you are; you’re not just pitching random investors and hoping something sticks. Adjust your email and pitch deck until you find a formula that works for you.

Talk to a film transcription expert