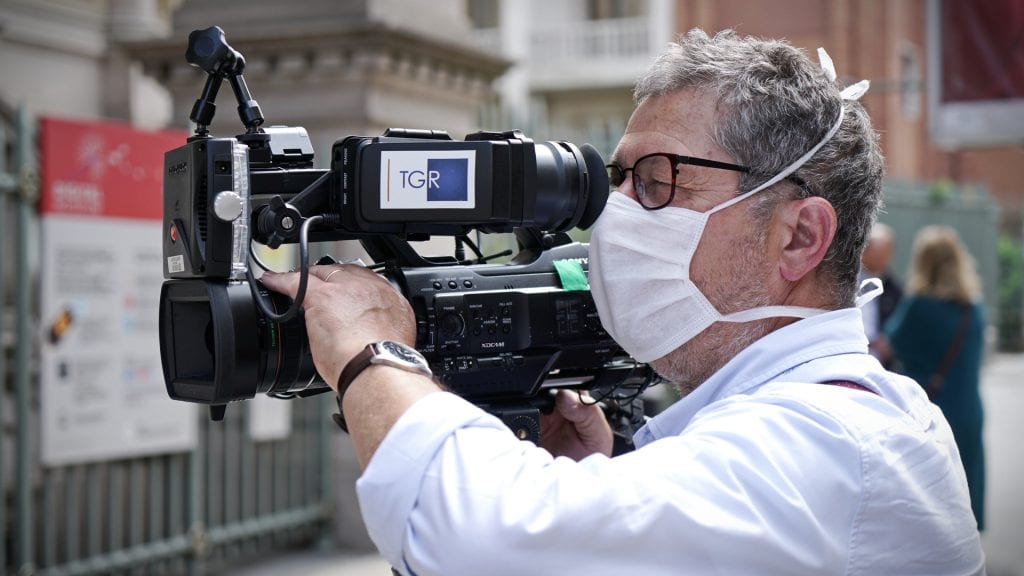 The global coronavirus pandemic has changed the world. The lives lost and economic fallout alone represent an unprecedented tragedy that will leave the globe reeling for years.

So much will never be the same.

And within this broader crisis, each sector of the economy and countless workers are facing their own individual catastrophes. Many organizations will not survive the downturn, and the entertainment world has not been spared.

Several marquee film productions have been delayed due to the COVID-19 pandemic. Other movies scheduled for the big screen moved to digital release. And many television shows have been pushed back.

With cinemas closed, there is nowhere to screen movies. With travel and lockdown restrictions, there is no way to film. And with only essential employees allowed into offices, film production work has been put on hold.

Even an institution as big as Hollywood has been brought to its knees.

A year ago, it would be hard to think up anything that could stop the success of the blockbuster factory that is Marvel. But it was forced to push back the release of Black Widow from May to November. Then came the domino effect, changing its entire “Phase 4” schedule with delays for upcoming Doctor Strange, Thor, and Spider-Man movies.

Marvel was far from alone. The next James Bond movie, No Time to Die, was moved to a November release. Another spy-themed franchise, Mission Impossible, delayed filming for two of its upcoming installments. And the globe-trotting Fast and the Furious series announced it won’t release F9 until 2021.

And these are merely the “too big to fail” level films. If 007, Tom Cruise, and The Rock can’t beat the virus, what chance do indie productions have?

The small screen has also been hard hit. The Walking Dead was enjoying something of a comeback tenth season. Then the pandemic hit, and the crew was unable to complete remote post-production on the finale. Now, the last episode remains in limbo, leaving us with one of the most unexpected cliffhangers in TV history.

Fearing the rest of the year may be hopeless, the CW opted to proactively push its fall schedule into 2021. Network chairman Mark Pedowitz, in an interview with USA Today, summed up the challenge for his company — and the whole industry: “Certainty is a hard thing in this world right now.”

As they say, the show must go. But is that still possible? In some cases, the answer is yes.

Saturday Night Live led the charge, making do with its first “at home” episode in April. While reviews were mixed, it’s hard to overlook the ingenuity. Paste Magazine called the Tom Hanks-hosted not-ready-for-primetime Zoom call “one of the most memorable episodes in the show’s 45-season run.”

Other live shows — including Conan, The Ellen DeGeneres Show, Last Week Tonight with John Oliver, and The Daily Show — followed suit. Others devised different modifications. Family Feud and America’s Got Talent filmed without an audience, and American Idol had contestants perform from home.

When life gives you lemons, in this situation, you make a conference call.

Cinemas have been battered. As early as mid-April, some analysts feared AMC could face bankruptcy due to disastrous blend of debt, local restrictions, and social distancing protocols. So far, it has maintained liquidity.

But the company has made even more headlines during the crisis for its hardline stance against Universal. Rather than accepting delays, the studio decided to make Trolls World Tour a digital release, allowing viewers to stream the animated sequel on in-home platforms for $19.99.

It was a huge success. In the first three weeks, the Justin Timberlake and Anna Kendrick-voiced movie brought in around $100 million. This didn’t match the first Trolls box office of more than $150 million, per the Wall Street Journal. But the distribution method netted Universal nearly the same sum — in about one-fifth of the time.

Crucially, it also set a new record for digital release earnings. This made the film something of a proof of concept for streaming debuts — something theaters fear could be an existential threat.

Even before the studio’s successful rollout, AMC announced it would retaliate by refusing to screen any future Universal film production. Regal Cinemas joined the pledge, and this issue now represents a fierce new battleground across the industry.

The result could be a major sea change for film releases. Is it possible that the studios don’t really need theaters after all? Will we still even be going to the movies in five years?

Cinemas vs. streaming isn’t the only major disruption. Like many industries, more and more people in film production and television shows are telecommuting. SNL and others showed how Zoom-like remote technologies allow for on-air collaboration. But this is just the tip of the iceberg.

Actors in scripted works and video production may always need sets and physical locations to film. The industry is realizing, however, that it can shift other work to remote post-production. Some barriers remain for advanced CG and sound work. It’s still hard to get cutting-edge computing power and network speed into the average home office. But outfitting more crew members with high-end machines is certainly feasible for more tasks in a sector where top movies clear $1 billion in ticket sales.

And there are more and more tools that enable people to do video production from anywhere. Frame.io, for example, is a cloud-based collaboration platform that establishes workflows and keeps teams connected. With integrations for applications from Adobe Premiere and After Effects to Final Cut Pro and Avid Media Composer, it makes working on video projects easy from anywhere.

Other areas, like closed captions and subtitles, can also be handled by at-home workers specializing in transcript creation. Media firms like CBS, PBS, and TCM are already using platforms like Rev, which integrates with Frame.io, and other cloud collaboration tools, discovering that it’s simple to get things done even without gathering in a central space.

While some best practices are still being developed, the following are a few of the steps that can help any remote post-production team work better together:

Organize Asset Management: Keeping everything organized is always key in this industry. Even short video projects have a ton of raw video, image, audio, text, and other files. But the need for clear, logical film management and structures are even more important when teams are working remotely. Especially when using cloud platforms, having simple-to-use integrations can be a lifesaver. Whether it’s through Dropbox, Google Drive, an enterprise server, or other storage option, everything will be easier if it fits like a glove with your workflows.

Establish Video Production Workflows: Remote post-production work requires systematic workflows that keep everyone on task. Some primary objectives are ensuring that tasks cannot be misinterpreted, setting clear deadlines, and establishing priorities. The less ambiguity there is, the better. This is why the exact project and task management style is usually less important than keeping everything user friendly for all team members, especially newcomers to the project.

Create Roles and Task Managers: Speaking of team members, they should all have clear roles. Ideally, this can be built into the workflow platform — where everyone can check into their personal dashboard to see exactly what’s on their plate. This should all be overseen by top-level admins who delegate work to different task managers. Then they will be responsible for moving each item from the creation stage to in progress and then final approval. Ideally, you will be able to include everyone from outside contractors working on the subtitles to workhorse editors doing the heavy lifting to the client who needs to sign off on certain decisions.

Prioritize Ongoing Communication: Communication is crucial. Ideally, you can make it easy with commenting or similar capabilities built directly into the workflow platform. This allow anyone participating in a specific task to ask questions, offer insights, and provide updates in real-time. Other interfaces, like Zoom or Slack, can also be very helpful to organizing communications in a world where emails are no longer sufficient.

Unprecedented Disruption to the Entertainment World

Digital disruption has been coming for everyone. Netflix and streaming services have already transformed the landscape. And the likes of Disney+ and HBO Max flooding the market mean this will only accelerate.

But remote technologies that already existed are also proving themselves to be powerful tools as video production teams are forced to adapt. Applications like Final Cut Pro and Adobe Premiere are now so advanced — and cloud and physical storage are so cheap — that filmmakers really do a lot of editing and remote post-production at home.

Hollywood isn’t going anywhere. The art and business of filmmaking will always demand that in-person magic.

But we are living through historic days.

And this unique moment in time — when technology, crisis, and artistic ingenuity have all collide — has forever changed entertainment.