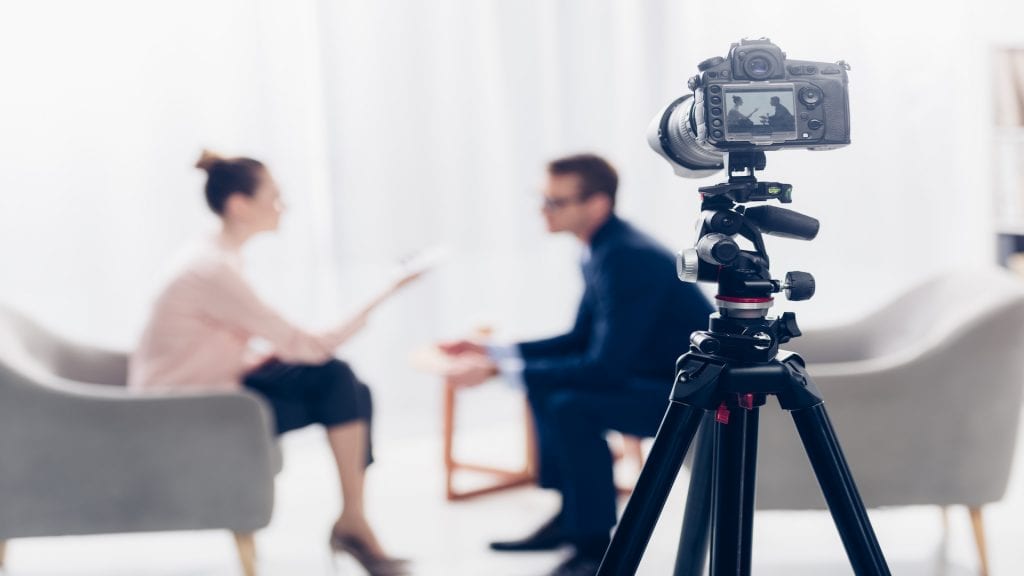 What is the Best Digital Video Camera for Recording Interviews? Five Options to Consider

There are many reasons why filmmakers or video professionals might want to shoot interview footage. From documentaries to commercials to product explainer videos, interviews are a solid building block for all types of projects. However, just because they may seem simple, doesn’t mean that they should be taken lightly.

While there are always a myriad of variables on every shoot, recording quality interviews really comes down to the following elements:

For the sake of this article though, we’re going to focus in on the first – and perhaps the most important element – the camera. A good interview camera doesn’t have to be the most expensive or the most cutting edge on the market. But it does need to be capable of recording at a high video quality, with a good codec, and often combined with a solid lens.

Note: if you’re looking for the best cameras for documentaries, you can check out this article here! 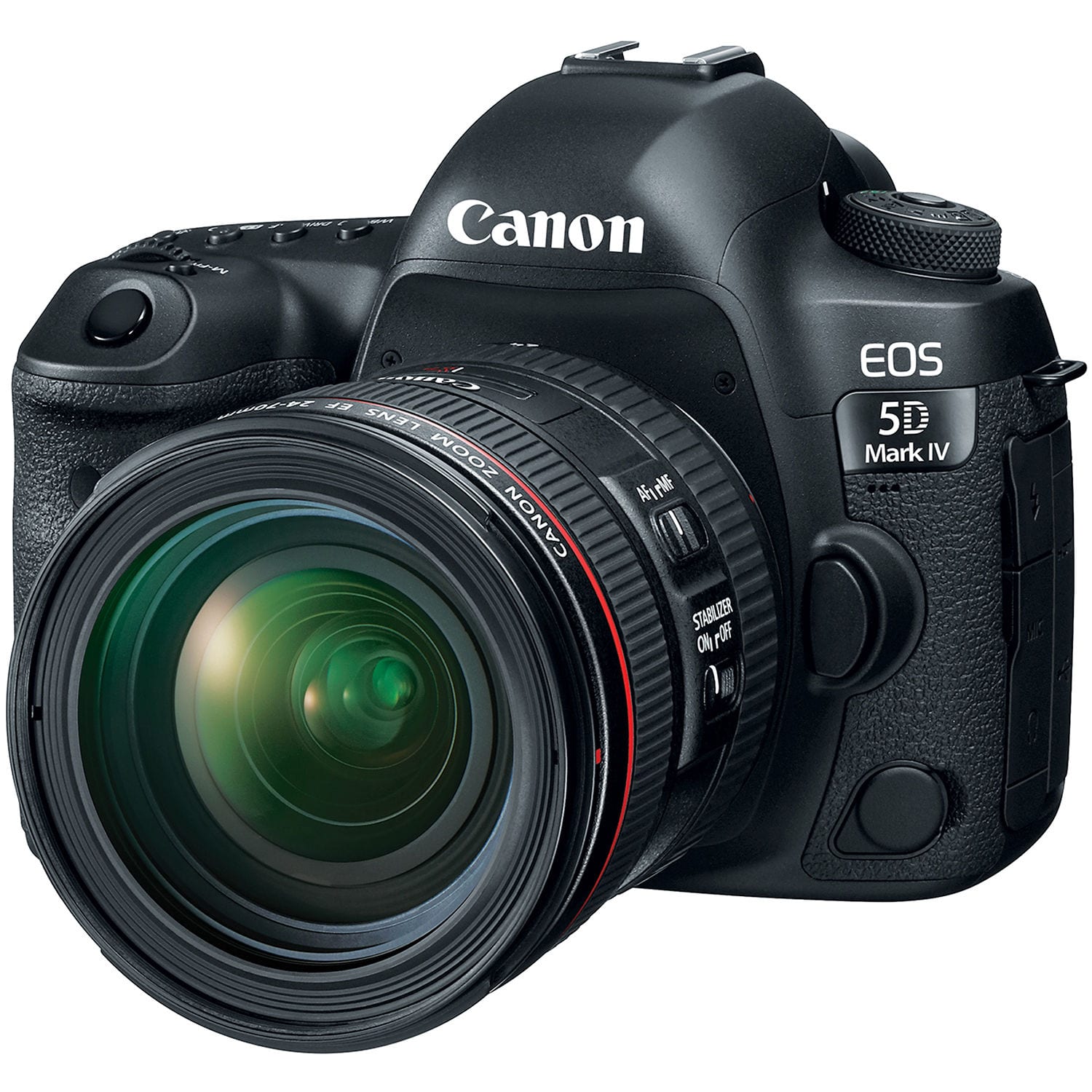 Long the flagship of Canon’s vast digital camera empire, the Canon 5D for a time was one of the most popular hybrid photo and video cameras on the market. Since the rise of mirrorless cameras though, other brands have taken a great share of the wealth. However, the Canon 5D stands strong as a solid DSLR option that is especially great for interview shoots.

The 30.4MP full-frame sensor is perhaps the biggest calling card of the 5D mk IV, which is capable of solid 4K resolution video recording (although with a crop) and quality Full HD. Canon cameras also have a great reputation for reliability. I’ve personally used Canon cameras regularly for almost seven years of heavy use without issues.

Similar to the Canon 5D mk IV, you can also look into some of the older generations like the 5D mk III and 5D mk II, as well as other companion cameras like the 7D, 70D and 60D. 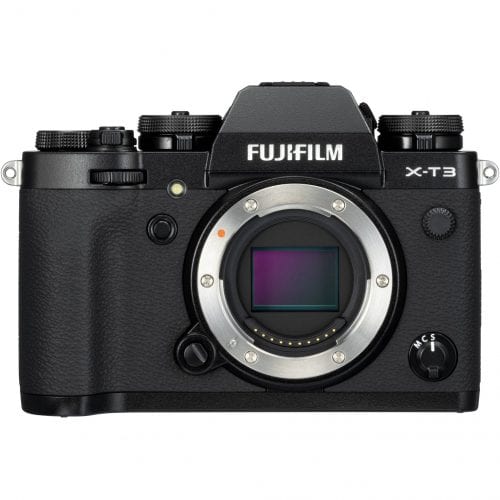 Named by at least one website as the best camera of 2018, the Fujifilm X-T3 was truly a breakthrough for the brand best known for its beautiful colors and image capture technology. However, don’t let the manufacturer’s reputation fool you, the Fujifilm X-T3 is very much a filmmaker’s camera. It’s phenomenal for interviews in particular because of that same pristine image capture which can make even the most boring of setups look cinematic.

Capable of 4K video recording at up to 60fps, the 26.1MP sensor should give you nearly as good of specs as you’ll see anywhere else on the market. But it’s the internal X-Processor 4 that will give you that true Fujifilm look and style. 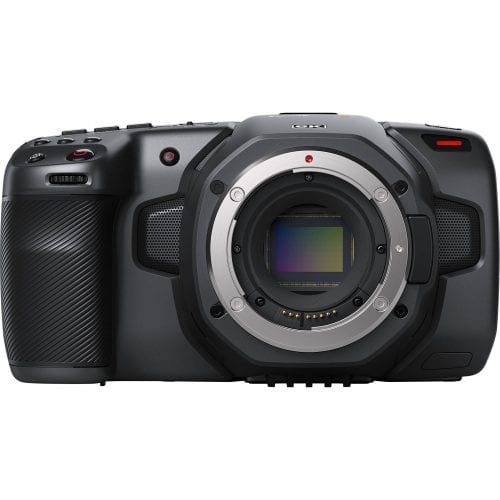 The biggest additions are the 6K recording capabilities which pushes 6144 x 3456 resolution – so make sure your editing workflow can handle the files before making this investment. The Super 35-sized HDR sensor is also an upgrade that combines with an EF mount from the BMPCC4K’s micro four thirds setup. So filmmakers who might have invested in EF lenses already get a break. 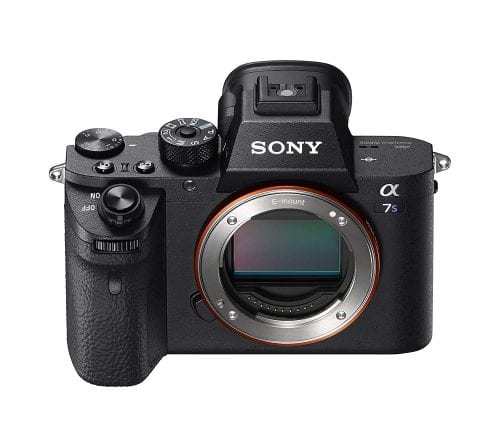 Not the newest of cameras to be included on this list, Sony fans have to get their due! The Sony a7S II is about as solid as they come and a really great options for static interview shoots. The rolling shutter “issues” (or “look” depending on how you feel about it don’t matter much when shooting interviews from a tripod). What does matter is Sony’s sharp and beautiful image quality.

The a7S II will have your 4K up to 30fps recording with its powerful 12.2MP full-frame CMOS sensor. You’re really not going to beat what this camera can do for low lighting or great image quality for interview setups, especially not at this price point. 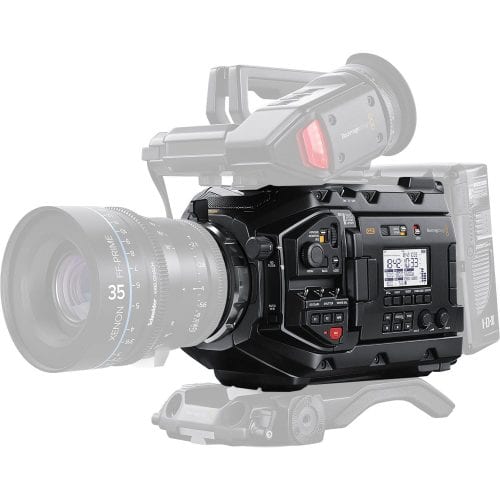 Finally, on the higher end, while you could always go with one of Canon’s cinema cameras (like the Canon C100, C300, or C500) or Sony’s cinema cameras (like the FS7 or FS5), the Blackmagic URSA Mini Pro 4.6K G2 has become a very popular choice for interview shoots. Not that you’ll need much of the high frame rate recording, but it does push 4.6K video up to 120fps (or 1080p up to 300fps).

What it does offer for interviews is just super impressive 4.6K Super 35 HDR video with up to 15 stops of dynamic range to help capture some truly deep images which should allow all types of color grading for you in the edit. The URSA Mini Pro G2 would definitely be your best option if you’re shooting these interviews outside or in less-controlled environments for these reasons.