William Barr Interview Transcript: Trump Tweets “Make it Impossible to Do My Job” 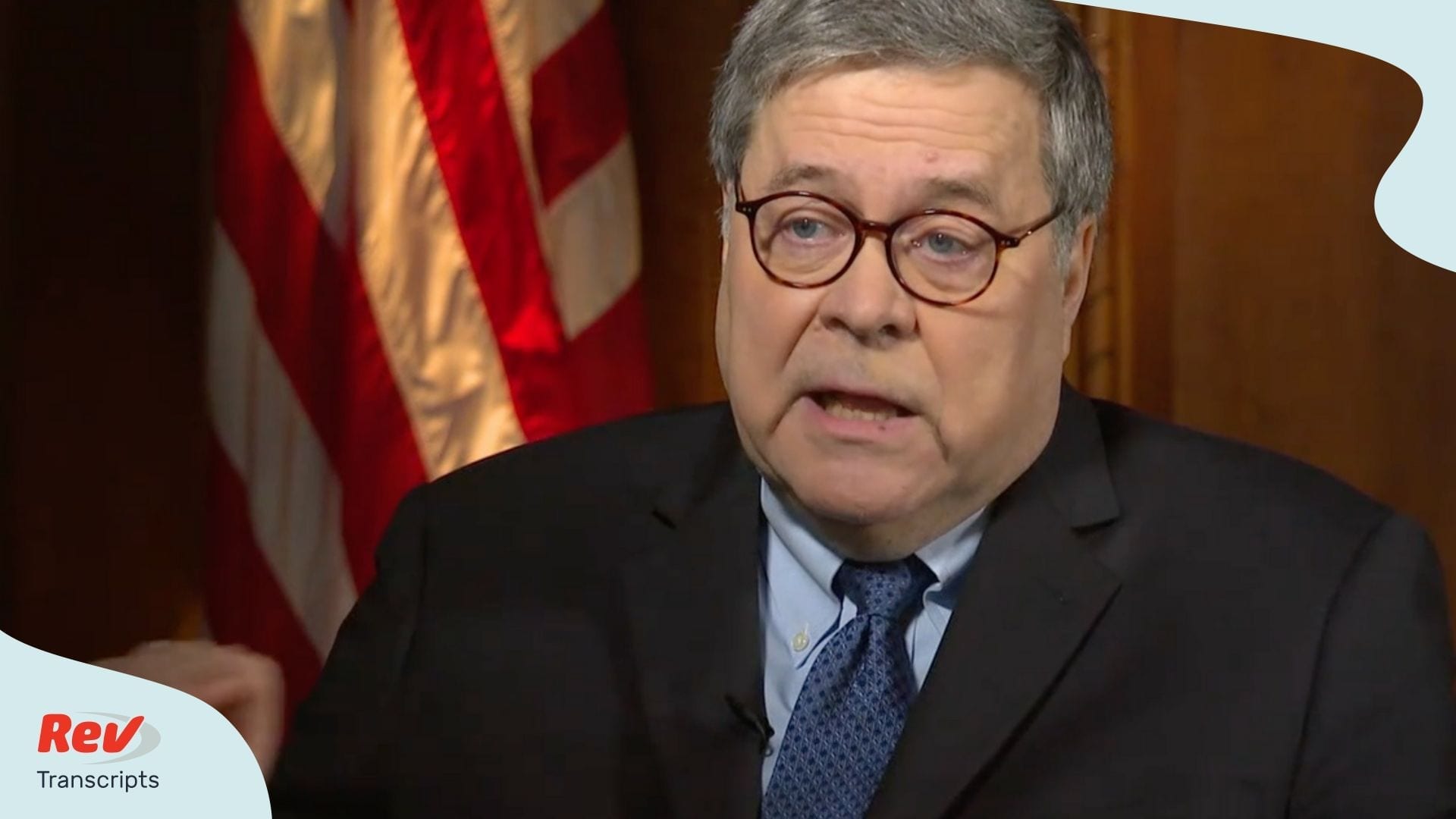 US Attorney General William Barr did an interview addressing the backlash from the DOJ’s decision on the Roger Stone case. He took a shot at Trump’s tweeting saying that the tweets “make it impossible to do my job.” Barr is planning on testifying before the House Judiciary Committee in March.

Pierre Thomas: (00:00)
The US attorney for the District of Columbia signed off on, his name is on the recommendation that went in there. How did that happen?

William Barr: (00:09)
On Monday, he came by to briefly chat with me and say that the team very much wanted to recommend the seven to nine year to the judge. But he thought that there was a way of satisfying everybody and providing more flexibility, and there was a brief discussion of that. I was under the impression that what was going to happen was very much as I had suggested, which is deferring to the judge and then pointing at various factors and circumstances. On Monday night, when I first saw the news reports I said, gee, the news is spinning this. This is not what we were going to do.

William Barr: (00:58)
I was very surprised. And once I confirmed that that’s actually what we filed, I said that night to my staff that we had to get ready because we had to do something in the morning to amend that and clarify what our position was. I had made a decision that I thought was fair and reasonable in this particular case. And once the tweet occurred, the question is well, now what do I do? And do you go forward with what you think is the right decision or do you pull back because of the tweet? And that just sort of illustrates how disruptive these tweets can be.

Pierre Thomas: (01:35)
So you’re saying you have a problem with the tweets?

William Barr: (01:37)
Yes. Well, I have a problem with some of the tweets. I’m happy to say that in fact the president has never asked me to do anything in a criminal case. However, to have public statements and tweets made about the department, about our people in the department, our men and women here, about cases pending in the department and about judges before whom we have cases make it impossible for me to do my job and to assure the courts and the prosecutors in the department that we’re doing our work with integrity.

Pierre Thomas: (02:20)
Mr. Barr, the president does not like to be told what to do. He may not like what you’re saying. Are you prepared for those ramifications?

William Barr: (02:33)
Of course. As I said during my confirmation, I came in to serve as attorney general. I am responsible for everything that happens in the department, but the thing that I have most responsibility for are the issues that are brought to me for decision. And I will make those decisions based on what I think is the right thing to do, and I’m not going to be bullied or influenced by anybody, and I said at the time, whether it’s Congress, newspaper, editorial boards or the president. I’m going to do what I think is right. And I think I cannot do my job here at the department with constant background commentary that undercuts me.

Pierre Thomas: (03:21)
So just to be clear here, did you talk to the president at all about your decision regarding the recommendations?

William Barr: (03:30)
The recommendations on this case? Never.

Pierre Thomas: (03:32)
Anybody from the white house call you to try to influence you?

William Barr: (03:35)
No. Nope. I have not discussed the Roger Stone case at the White House.

Pierre Thomas: (03:42)
Does the president have the authority to just direct you to open an investigation and you have to do it? Can you help people that are at home understand can he do that?

William Barr: (03:51)
I think in many areas that don’t affect his personal interests…

William Barr: (04:01)
Terrorism or fraud by a bank or something like that where he’s concerned about something, he can certainly say, I think someone should look into that. That’s perfectly appropriate. If he were to say, go investigate somebody because, and you sense it’s because they’re a political opponent, then an attorney general shouldn’t carry that out, wouldn’t carry that out.

Pierre Thomas: (04:28)
Having known you and covered you for years, you’re not a person that responds a lot to criticism. But I am wondering in this version of the job, you in the job, and when you hear people on Capitol Hill saying Barr’s acting more like the personal attorney to the president rather than the chief law enforcement officer, how irritated does that make you and what do you say to those people?

William Barr: (04:54)
Well, this goes back to the fact we are in a very polarized situation, and so in that kind of situation I expect a lot of low blows. And there are a lot of low blows. But I don’t respond to that as you say. But I do think that in the current situation, as I’ve said, the fact that the tweets are out there and correspond to things we’re doing at the department sort of give grist to the mill. And that’s why I think it’s time to stop the tweeting about Department Of Justice criminal cases.