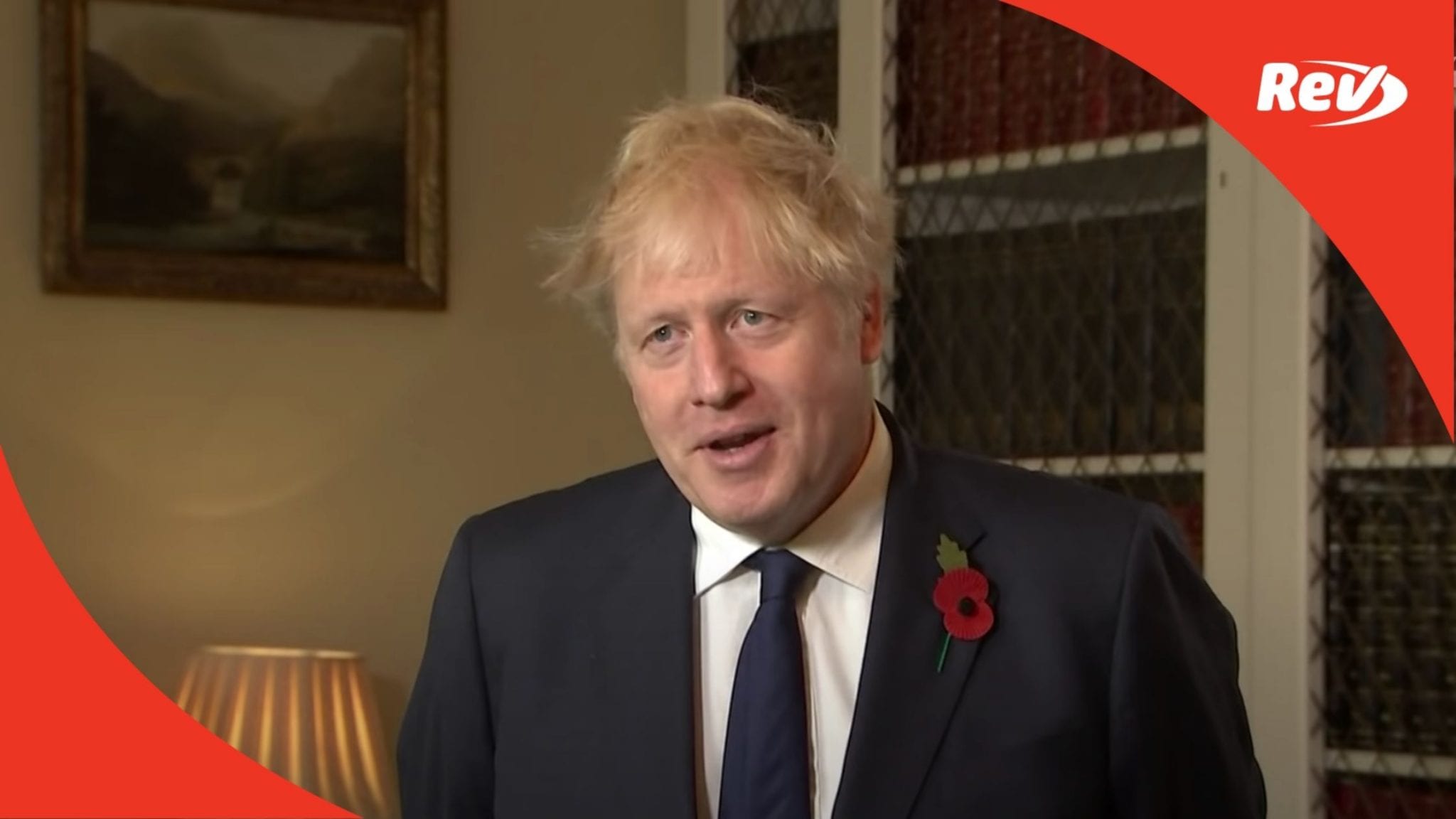 United Kingdom Prime Minister Boris Johnson congratulated Joe Biden and Kamala Harris on their election win on November 8, 2020, saying “There is more that unites us than divides us.” Read the full transcript here.

Boris Johnson: (00:00)
I congratulate President-elect Biden very much on his victory, and of course, I congratulate Kamala Harris on being the first female vice president as she will become in the history of the United States. And the United States is our closest and most important ally, and that’s been the case under president after president, prime minister after prime ministry. It won’t change, and I look forward very much to working with President Biden and his team on a lot of crucial stuff for us in the weeks and months ahead. Tackling climate change, trade, his national security, many, many, many, many, many other issues.

Reporter: (00:47)
All right. Well, as you know, President-elect Biden has called you a clone of President Trump, and he’s also made it clear that he thinks Brexit is a mistake and it will diminish Britain in the world. How are you going to convince him that he’s wrong?

Boris Johnson: (00:58)
Well, I think there is far more that unites the government of this country and government in Washington any time at any stage than divides us. We have common values. We have common interests. We have a common global perspective. There’s a huge amount of work we need to do together to protect those values; a belief in democracy, in free speech around the world, in human rights, in free trade, in the rules-based international order. All these things are currently under threat, and you have the United States and Britain standing together as they have done in many times in the past to protect those values. So this there’s far more, I think, that that unites us than divides us.