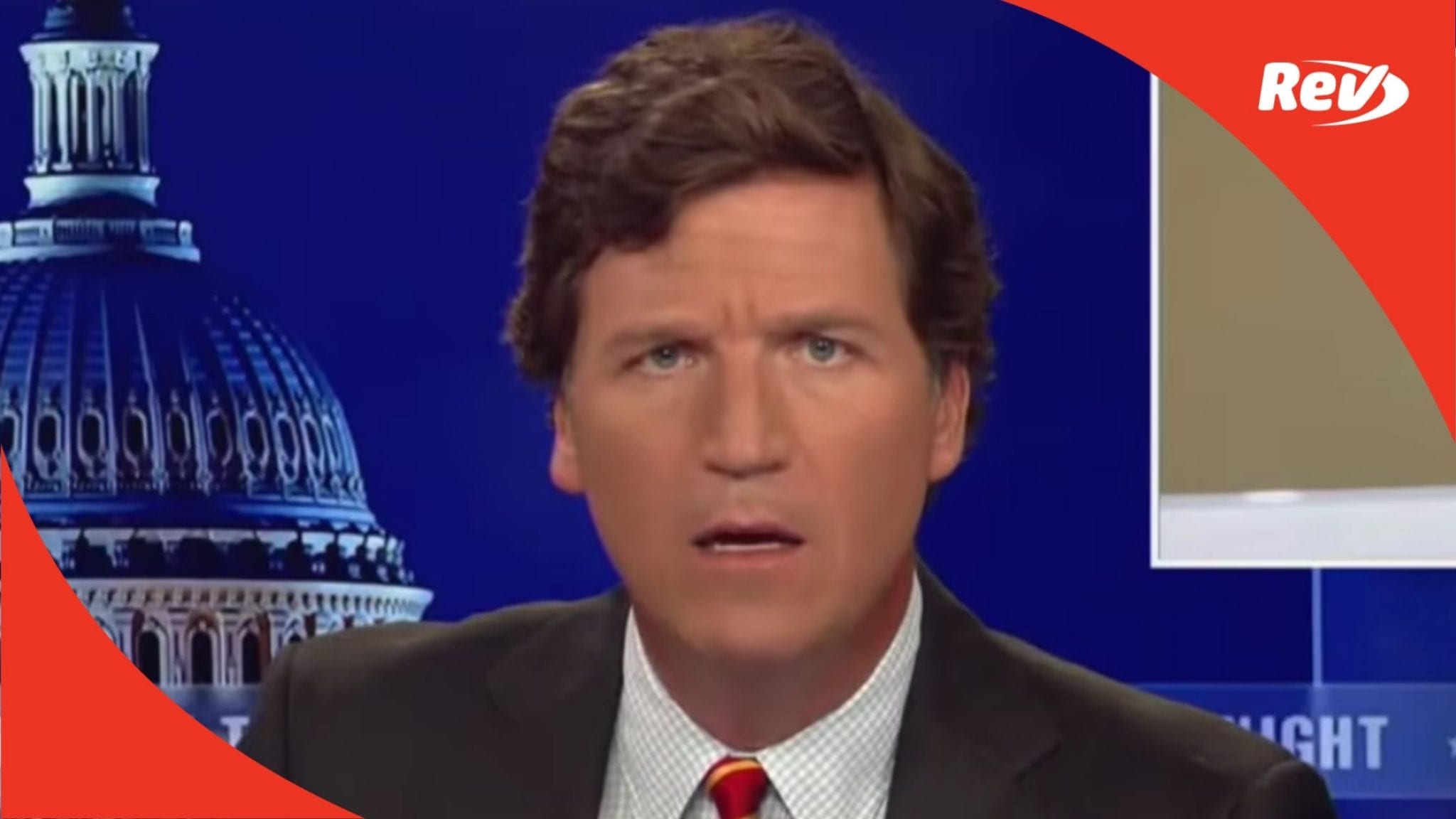 Tucker Carlson: (00:00)
… in public. Only Klansmen and armed robbers wore masks. The rest of us showed our face, we were free people.

Tucker Carlson: (00:06)
But then we gave into the demands of people like Eric Garcetti, and because we did give in this grotesque version of Halloween went on for more than a year, and it’s still going on. Not even Tony Fauci still pretends that masks are medically necessary. Instead mask are purely a sign of political obedience, like Kim Il-sung pins in Pyongyang. We wear them because we have to, the only people who wear masks voluntarily outside are zealots and neurotics.

Tucker Carlson: (00:32)
How neurotic are they? Well, we know a Pew survey from last March found that 64% of white Americans who classify themselves as liberal or very liberal, have been diagnosed with an actual mental health condition. And you see them everywhere when you walk down the street in any major city. If you dare to go on foot from Union Station to the Capitol, for example, in Washington without wearing a mask, angry Biden voters will snort at you in judgment.

Tucker Carlson: (01:00)
“How could you?” That’s the question we should be asking of them in return. The rest of us should be snorting at them first, they’re the aggressors. It’s our job to brush them back and restore the society we were born in. So the next time you see someone in a mask on the sidewalk or on the bike path, do not hesitate. Ask politely, but firmly, “Would you please take off your mask? Science shows there is no reason for you to be wearing it. Your mask is making me uncomfortable.”

Tucker Carlson: (01:27)
We should do that. And we should keep doing it until wearing a mask outside is roughly as socially accepted as lighting a Marlboro in an elevator; it’s repulsive, don’t do it around other people. That’s the message we should send because it’s true.

Tucker Carlson: (01:41)
As for forcing children to wear a mask outside, that should be illegal. Your response when you see children wearing masks as they play should be no different from your response to seeing someone beat a kid in Walmart, call the police immediately, contact child protective services, keep calling until someone arrives. What you’re looking at is abuse; it’s child abuse, and you are morally obligated to attempt to prevent it.

Tucker Carlson: (02:03)
If it’s your own children being abused, then act accordingly. Let’s say your kid’s school emailed you to announce that every day after lunch your sixth grader was going to get punched in the face by a teacher. How would you respond to that? That’s precisely how you should respond when they tell you that your kids have to wear masks on the soccer field; that is unacceptable, it is dangerous and we should act like it, because it is.

Tucker Carlson: (02:26)
But too few of us have responded like that. We have been shamefully passive in the face of all of this. As our cities get crazier and harder to live in so many of us have just decided to run away, avoid conflict. “I can’t deal with it.” Move to the suburbs. Flee to Florida. Get as far away as possible from the hyper-aggressive zealots changing everything for the worst overnight, you don’t want to deal with them.

Tucker Carlson: (02:48)
So, so many have decided to start over somewhere else. But why? The people making these demands don’t own America. They didn’t build America. They didn’t build anything. They can’t, and they’re not allowed to wreck it. And if we let them wreck our cities, why do we think they will stop there? If they can turn Brooklyn and San Francisco into uninhabitable indoctrination camps, why can’t they do it to Naples, or Oklahoma City, or Coeur d’Alene, or wherever you’re planning to go?

Tucker Carlson: (03:16)
They can do it, and they will do it. There’s as an evangelical faith. They will not stop until we make them stop. Fighting back is the only option. If we don’t resist, there is no escape.

Tucker Carlson: (03:28)
So how do you resist? The first step is to say the obvious, say it loudly, say it often. This is not about science, this is about political power. If it was about science, Fauci and Kamala Harris would be happy to hear, for example, the governor of Florida, Ron DeSantis discuss the science behind mask mandates with a Harvard professor. They would welcome that. But they hated it. So they just pulled the whole thing off YouTube. Here’s part of what they refuse to let you hear.

Ron DeSantis: (03:56)
Dr. Gupta mentioned about not putting masks on kids, that it’s not effective, not necessary. Martin Kulldorff, do you agree in school there’s no need for them to be wearing face masks?

Tucker Carlson: (04:25)
So that’s now banned, scientists talking about science. Those aren’t scientists anymore, they’re now dissidents. How is this happening? Well, it happens because we allow it to happen, because we buy into their demands, because we internalize their standards.

Tucker Carlson: (04:41)
If you decided to burn an American flag in a public park tomorrow, how would they respond to that? Well, of course they would applaud. That’s your first amendment right; you’d be fighting the tyranny of the people who created this horrifying country.

Tucker Carlson: (04:55)
How by contrast would they respond if you burned a pile of surgical masks in a public park tomorrow? They probably wouldn’t like it, but that’s your right too.