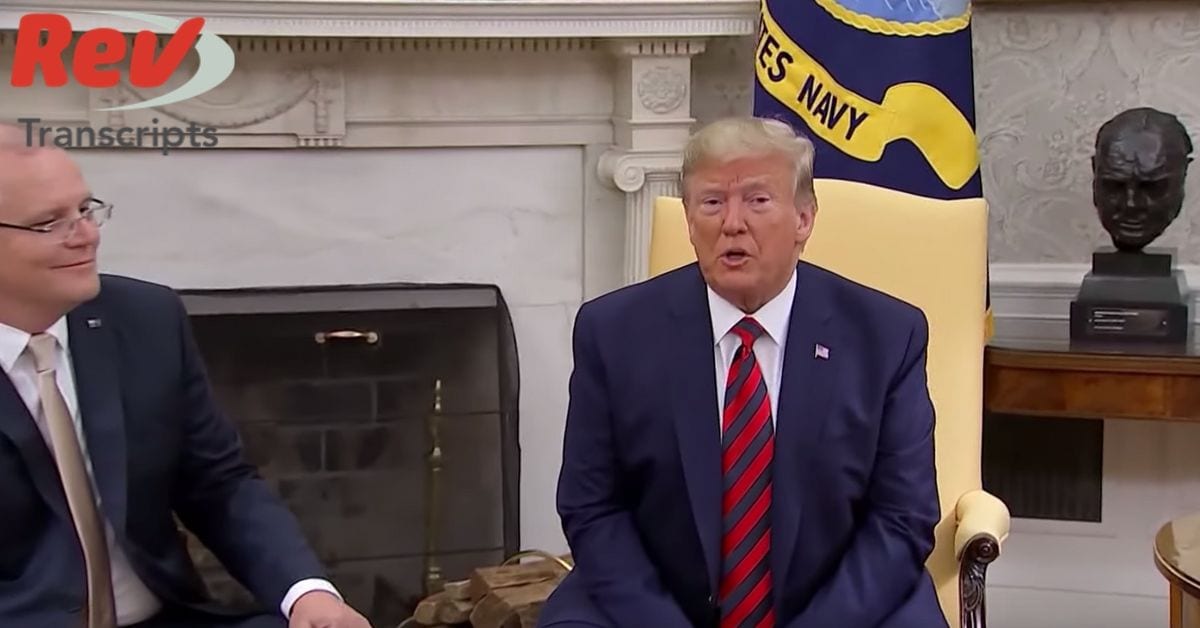 Trump dismissed a claim that leaked from an intelligence community whistleblower today. The Wall Street Journal reported that Trump repeatedly asked the Ukrainian president Volodymyr Zelensky to investigate Joe Biden’s son and work with Rudy Giuliani. During a Q&A session where Trump welcomed the Australian Prime Minister, Trump denied the report and referred to the whistleblower as a “political hack job.” Read the full transcript of the comments.

Reporters: (00:26)
On that point, did you discuss Joe Biden, his son or his family with the leader?

Donald Trump: (00:30)
It doesn’t matter what I discussed, but I will say this. Somebody ought to look into Joe Biden’s statement, because it was disgraceful, where he talked about billions of dollars that he’s not giving to a certain country unless a certain prosecutor’s taken off the case. So somebody ought to look into that. And you wouldn’t because he’s a Democrat and the fake news doesn’t look into things like that. It’s a disgrace. [crosstalk 00:00:55] But I had a great conversation with numerous people. I don’t even know exactly who you’re talking about, but I had a great conversation with numerous people, numerous leaders, and I always look for the conversation that’s going to help the United States the most. That’s very important.

Donald Trump: (01:14)
I don’t know the identity of the whistle blower. I just hear it say partisan person, meaning it comes out from another party. But I don’t have any idea. But I can say that it was a totally appropriate conversation. It was actually a beautiful conversation. And this is no different than the press has had a very bad week with Justice Kavanaugh and all of those ridiculous charges and all of the mistakes made at The New York Times and other places. You’ve had a very bad week and this will be better than all of them. This is another one. So keep playing it up because you’re going to look really bad when it falls. I guess I’m about 22 and 0, and I’ll keep it that way.

Reporters: (01:54)
id you mention Joe Biden during the conversation?

Donald Trump: (01:56)
I don’t want to talk about any conversation, [crosstalk 00:01:59] other than just say, great conversation. Totally appropriate conversation. Couldn’t have been better and keep asking questions and build it up as big as possible so you can have a bigger downfall.