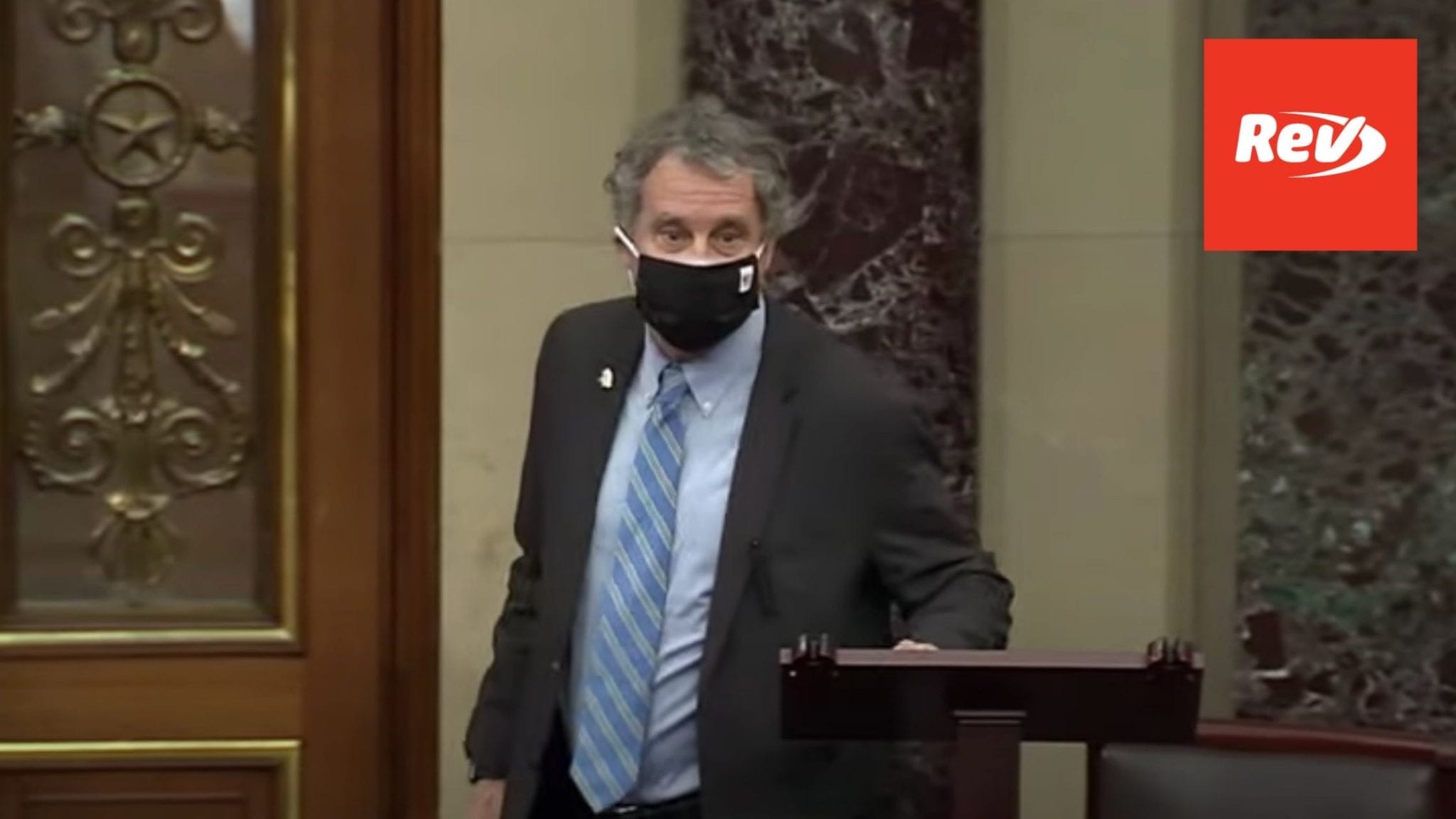 Sens. Sherrod Brown (D-Ohio) and Dan Sullivan (R-Alaska) got into a heated exchange on the senate floor in which Brown asked Sullivan to wear a mask. He then gave a speech about COVID-19 and the ongoing health crisis, Donald Trump not conceding the election, and more. Read the speech transcript here.

Sherrod Brown: (00:07)
I’d start by asking the presiding officer to please wear a mask as he speaks and people below him are… I can’t tell you what to do, but I know that the behavior-

Sherrod Brown: (00:23)
I know you don’t need my instruction, but there clearly isn’t much interest in this body in public health. We have a president who hasn’t shown up at the coronavirus task force meeting in months. We have a majority leader that calls us back here to vote on an unqualified nominee, and at the same time, to vote for judge after judge after judge, exposing all the people who can’t say anything. I understand. The people in front of you and the presiding officer, and expose all the staff here. And the majority leader just doesn’t seem to care.

Sherrod Brown: (00:54)
Mr. President, the American people sent a clear message in this election. They voted for stability. They rejected an administration that has failed them in the middle of a public health crisis and an economic crisis. People want a government that works for them and is on their side. My colleagues in both parties know this. I know some of you feel like you have to humor the outgoing president, continue to make excuses for him, continue to run from the media when they might ask a question about your opinion on the president.

Sherrod Brown: (01:55)
The last thing we should be doing is granting Trump one last wish, one more opportunity to salt the earth on his way out. The Federal Reserve is supposed to be a steady guiding hand, making sure economy actually delivers for the people who make it work. They’re supposed to worry about the big picture of the economy so hardworking families don’t have to. But Judy Shelton… and most of my colleagues know this. I’ve talked to many of them… she believes the opposite. That’s why Trump wants one last pick for the Federal Reserve and Senator McConnell and all the spineless people in this body continue to give him that last wish.

Sherrod Brown: (02:35)
80 million Americans voted for stability. Shelton promises more Trump chaos. I know we have disagreements. We have progressive economic ideas, conservative economic ideas. I’m fine with agreements. That’s what government’s about. That’s what self government’s about. But Judy Shelton isn’t a conservative. She’s way, way, way off the ideological spectrum. For three decades, in more than 50 publications, Shelton has advocated returning to the gold standard.

Sherrod Brown: (03:09)
Let’s be clear, Mr. President, what that means. It would mean abandoning some of the most important tools we have to make people’s lives better. We can’t sabotage our economic recovery before it even happens by putting people in charge who would drag us backward. You all know that, I know you know that, but you’ve got to do President Trump’s bidding one last time. If we had followed Shelton’s-