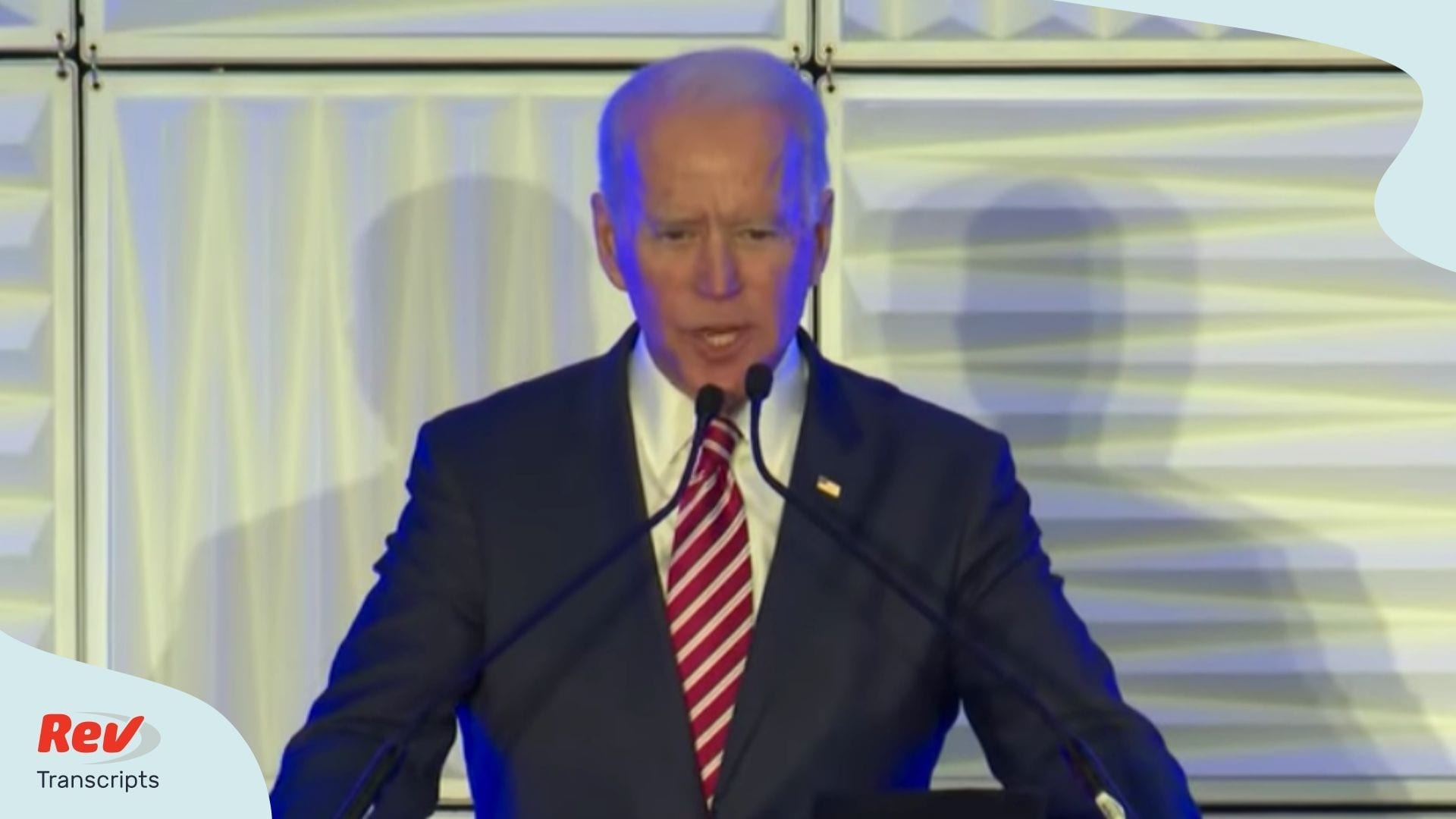 Joe Biden mistakenly referred to himself as a “candidate for the United States Senate” at the South Carolina Democrat Party’s First in the South Dinner. Read the full transcript right here.

Speaker 1: (00:00)
It is Uncle Joe, the former Vice President of the United States, Joe Biden.

Joe Biden: (00:10)
Hello. Hello. Hello. Hello. Hello. Hello. Good to see, you all. Folks, let me get right to it. Understand, you drop through the floor, Jim, if you’re not out in seven minutes. Good to see you. Mr. Leader, thank you for allowing me to be here. Now look, let me begin by saying, I’ve been saying for a long time, it’s not enough to beat Donald Trump. We have to keep the House of Representatives and we have to win back the Senate. And Jaime Harrison is going to win back the United States Senate here in the state of South Carolina. And I got to tell you, Jaime, I’m going to … I’ll come campaign for you or against you, whichever will help you the most, man, because this is an important race. And folks, look, it will sadden me badly that Lindsey Graham will be a former Senator.

Joe Biden: (01:09)
Oh, bless me, Father, for I have sinned. Anyway, look. And Jim, thank you. You’ve been a friend a long, long time. You’re a real leader. You’ve led the House. You continue to lead beyond the House. You’re one of the great leaders in this country and here in the state of South Carolina. When you think of South Carolina, I think of two things. I think of Fritz Hollings and I think of Jim Clyburn. They’re the two people I think of. And yesterday, a reporter asked me, “Have I been speaking to Jim Clyburn?” I said, “Yeah, every day for the past eight years I’ve speaking to Jim Clyburn about housing policy, about criminal justice, about economic opportunity, about the whole deal.”

Joe Biden: (01:53)
Jim, you’re a resource for this nation in ways that I don’t think … Sometimes in your own state, people don’t realize just how revered you are outside your state. They love you here, but I want you to know they love you in Delaware. They love you all over this country, man. I really mean it. You’re the real deal. And I think that the former Senator, you just … I can hear that familiar voice, you know what I mean? Just spoke … Well, he’s right about one important thing. South Carolina is going to determine who the next President of the United States is going to be. You really are. You’re the ones that sent Bill Clinton to the presidency. You’re the ones who sent Barack Obama to the presidency. And I have a simple proposition here. I’m here to ask you for your help.

Joe Biden: (02:39)
Where I come from, you don’t get far unless you ask. My name’s Joe Biden. I’m a democratic candidate for the United States Senate. Look me over. If you like what you see, help out. If not, vote for the other guy. Give me a look, though. Okay? That’s all I’ve really got to say to you. I got two minutes and 30 seconds left. I’m looking at the clock down here. And look folks, I just want to conclude by saying one thing. We have an enormous opportunity not only to take this country back, but to move in the direction it hasn’t been moved in a long time. We’re not just going back. Everybody says you just want to be Barack’s third term. I was incredibly proud to serve with Barack Obama, incredibly proud to be his friend and incredibly proud to have his back the entire time. But this is more than just going back. This is about moving forward. We have an opportunity to change this country.