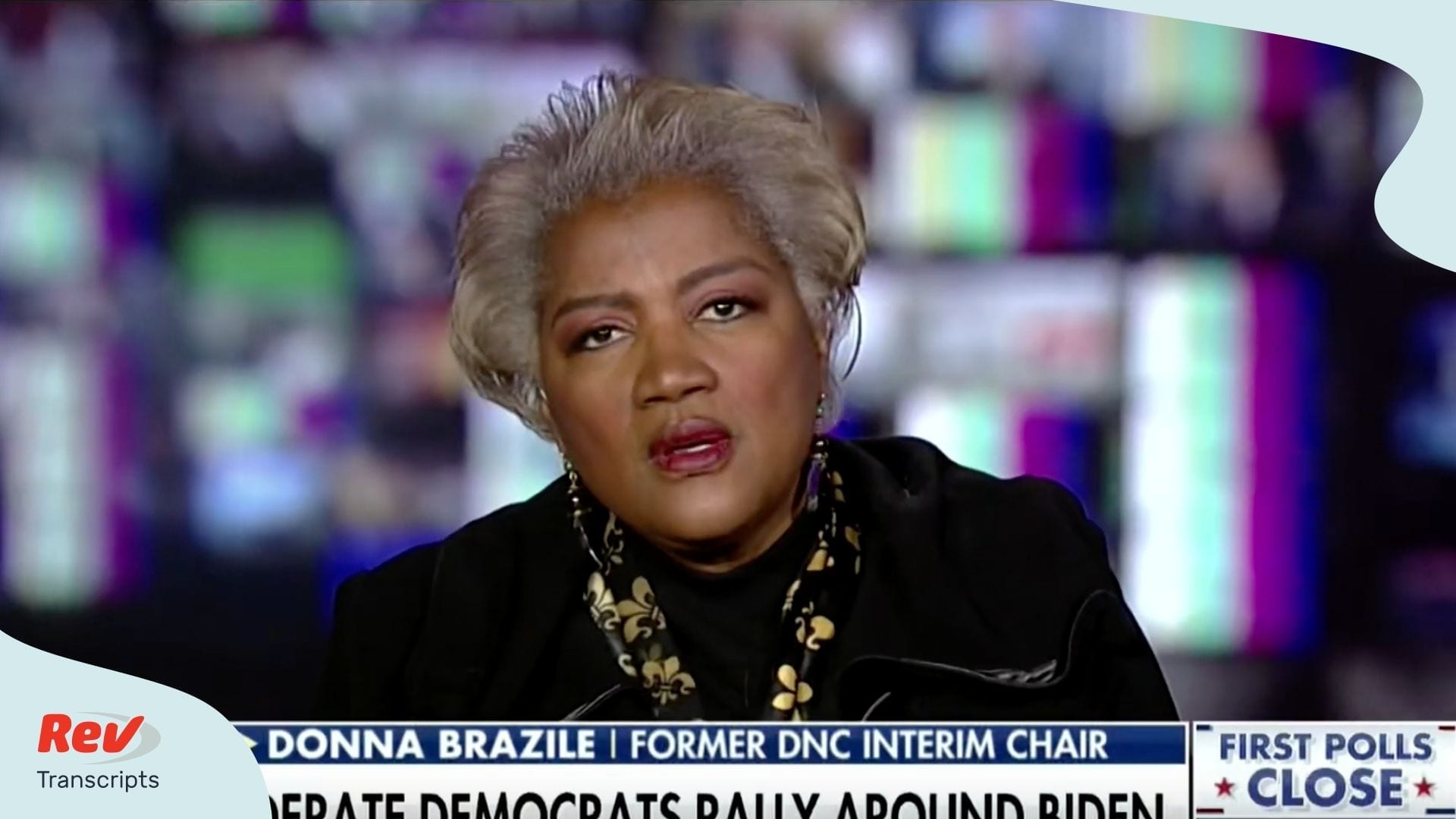 Sandra Smith: (00:00)
Donna, Ronna McDaniel on, Donna, earlier on the program, Chairwoman of the RNC. And she was talking about the possibility of a brokered convention, the impact that would have on Bernie Sanders. Here’s Ronna.

Ronna McDaniel: (00:13)
It does depend on how big the lead that Sanders takes out of California is, if he picks up a huge proportion of delegates. But I don’t see anybody getting out soon and it’s leading towards potentially a brokered convention, which will be rigged against Bernie if those super delegates have their way on that second vote.

Donna Brazile: (00:32)
First of all, I want to talk to my Republicans. First of all, stay the hell out of our race. Stay the hell out of our race. I get sick and tired, Ed and Sandra, of listening to Republicans tell me and the Democrats about our process. First of all, they don’t have a process. They’re canceling primaries. They have winner take all. They don’t have the kind of democracy that we see on the Democratic side. And for people to use Russian talking points is sow division among Americans, that is stupid. So Ronna, go to hell.

Donna Brazile: (01:06)
This is not about … No, go to hell. I’m tired of it, Ed. We’re not trying to prevent anyone from becoming the nominee. If you have the delegates and win, you will win. This notion that somehow or another, Democrats are out there trying to put hurdles or roadblocks before one candidate, that’s stupid. I know what’s going on. They are scared of Democrats coming together to defeat Donald Trump. They need to be focusing on what we’re focusing on in the Democratic Party and that is preventing foreign interference in our election. Stop using Russian talking points, Madame Chairwoman, period. Stop using it.

Donna Brazile: (01:55)
Put me on with her. No, but Sandra, she’s not a Democrat. I’m a Democrat, but I’m also an American and I have a responsibility to make sure that the process, I know the process, Ronna knows the process, but to infer that we’re trying to prevent one candidate over another, that’s not happening. And if there’s any proof, Madame Chairwoman, any proof Mr. President, that we’re trying to somehow or another change this process for one candidate to get an advantage, show the proof, show the proof.

Sandra Smith: (02:25)
Well, let’s take this to back to the basic thing that we hear from every single Democrat right, now that the goal is to beat Donald Trump.

Sandra Smith: (02:32)
So you have to look at which one of your candidates as I ask you every time you’re on this program, Donna, which of those candidates do you believe has the best chance of beating Donald Trump? Final thoughts.

Donna Brazile: (02:40)
If you look at the polls, and especially in those battleground states, there are several who have a path to beat Donald Trump. We know that taking an incumbent president out of the Oval Office is going to be tough, that’s tough. But Donald Trump needs to understand that the Democratic Party is a party composed of Americans, regardless of your political beliefs. Some people are leftists, some people are moderates but we’re all American voters. I get tired of people saying that we’re something else.

Ed Henry: (03:08)
All right, it’s Super Tuesday. We’re going to have to bring you and Ronna together at some point, we’ll get everybody.

Donna Brazile: (03:12)
And look, I’m all about reconciliation, it’s lent. So I’m trying to keep my karma, but stop lying about the democratic process. That’s all I’m asking, Ed, it’s fair game.