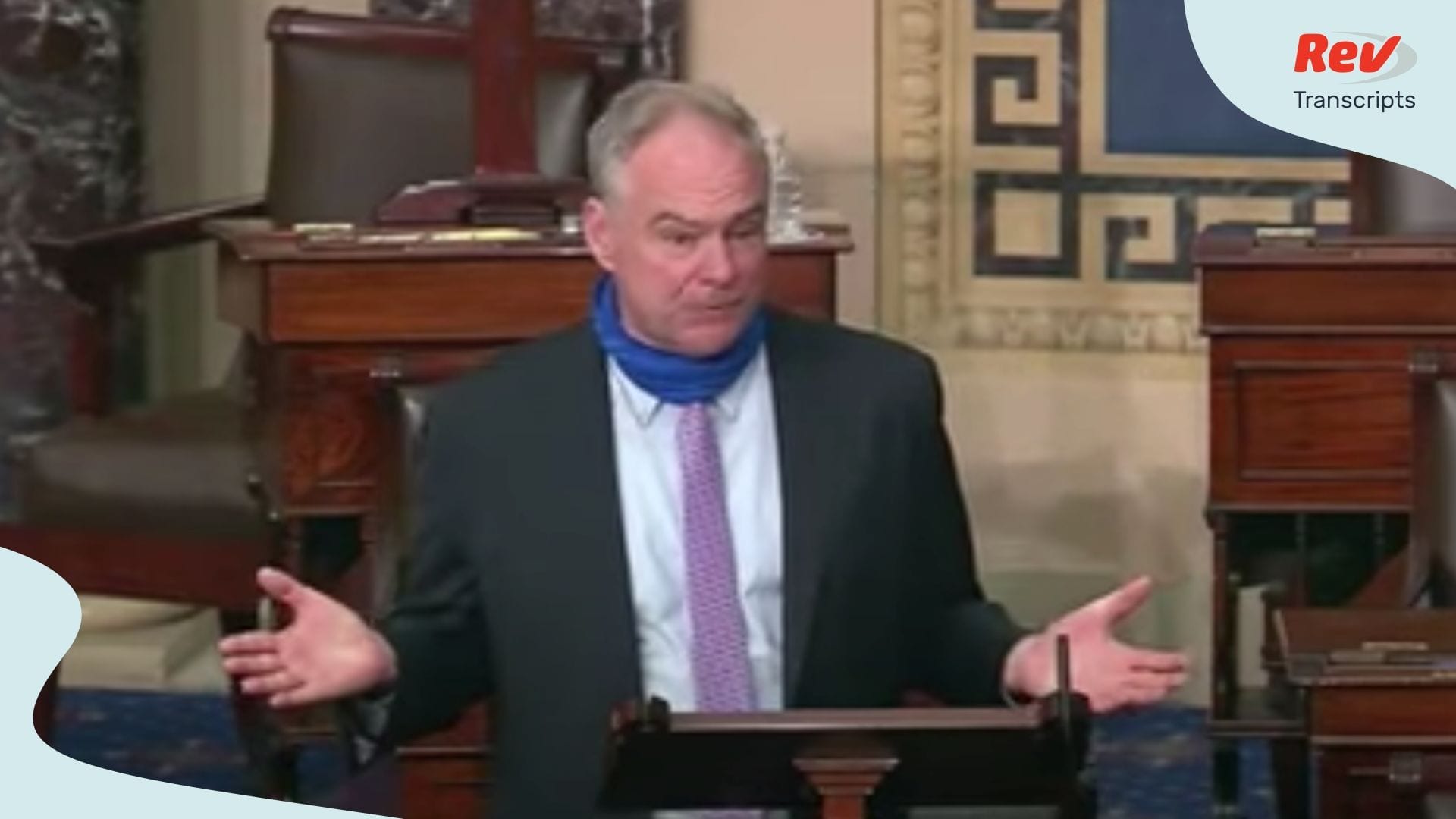 Senator Tim Kaine gave a speech on the Senate floor on June 16. He said “The United States didn’t inherit slavery from anybody. We created it.” Read the transcript here.

Tim Kaine: (00:00)
We need to ban racial and religious profiling. We need to hold police officers and police departments accountable for violent reckless behavior. We need to promote better training and professional accreditation of police departments. Madam president, why do we demand that universities maintain accreditation and receive federal funds, but make no such demand of law enforcement agencies. And we need to do much more within the criminal justice system, but also within all of our systems to dismantle the structures of racism that our federal state and local governments carefully erected and maintained over centuries. We know a little bit about this in Virginia, the first African-Americans entered to the English colonies came to Point Comfort, Virginia in 1619, they were slaves they’d been captured against their will, but they landed in colonies that didn’t have slavery. There were no laws about slavery in the colonies at that time.

Tim Kaine: (01:02)
The United States didn’t inherit slavery from anybody we created it. It got created by the Virginia general assembly and the legislatures of other states. It got created by the court systems in colonial America in sense that enforced fugitive slave laws. We created it and we created it and maintained it over centuries. And in my lifetime, we have finally stopped some of those practices, but we’ve never gone back to undo it, stopping racist practices at year 350 or 400 years, but then taking no effort to dismantle them is not the same as truly combating racism. But I’m mindful of the challenge laid down by our young people. No more politics as usual. It’s one thing to introduce a bill we do that all the time here. So often the introduction of the bill was all that occurs no committee hearing, no committee markup, no committee vote, no floor debate, no floor vote, no signature by a president, merely words on a page and a one day story.

Tim Kaine: (02:13)
And then possibly a blame game about who is at fault for nothing happening. That’s been my biggest disappointment in seven and a half years in the Senate. Unlike my service at the state and local levels where we took action and then engaged in healthy competition about who should get credit. In Congress it’s too often a story of inaction and then an unproductive competition over who should be blamed for nothing getting done, politics as usual. I pray that the engaged activism of our citizens has brought us to a new moment that will compel us to act in ways large and small in accord with the equality ideal that we profess to believe. This bill is a test of our resolve. And I urge my colleagues to meet the moment so that we can look our young people in their faces and tell them that we truly heard them. And with that Madam president, I yield the floor.