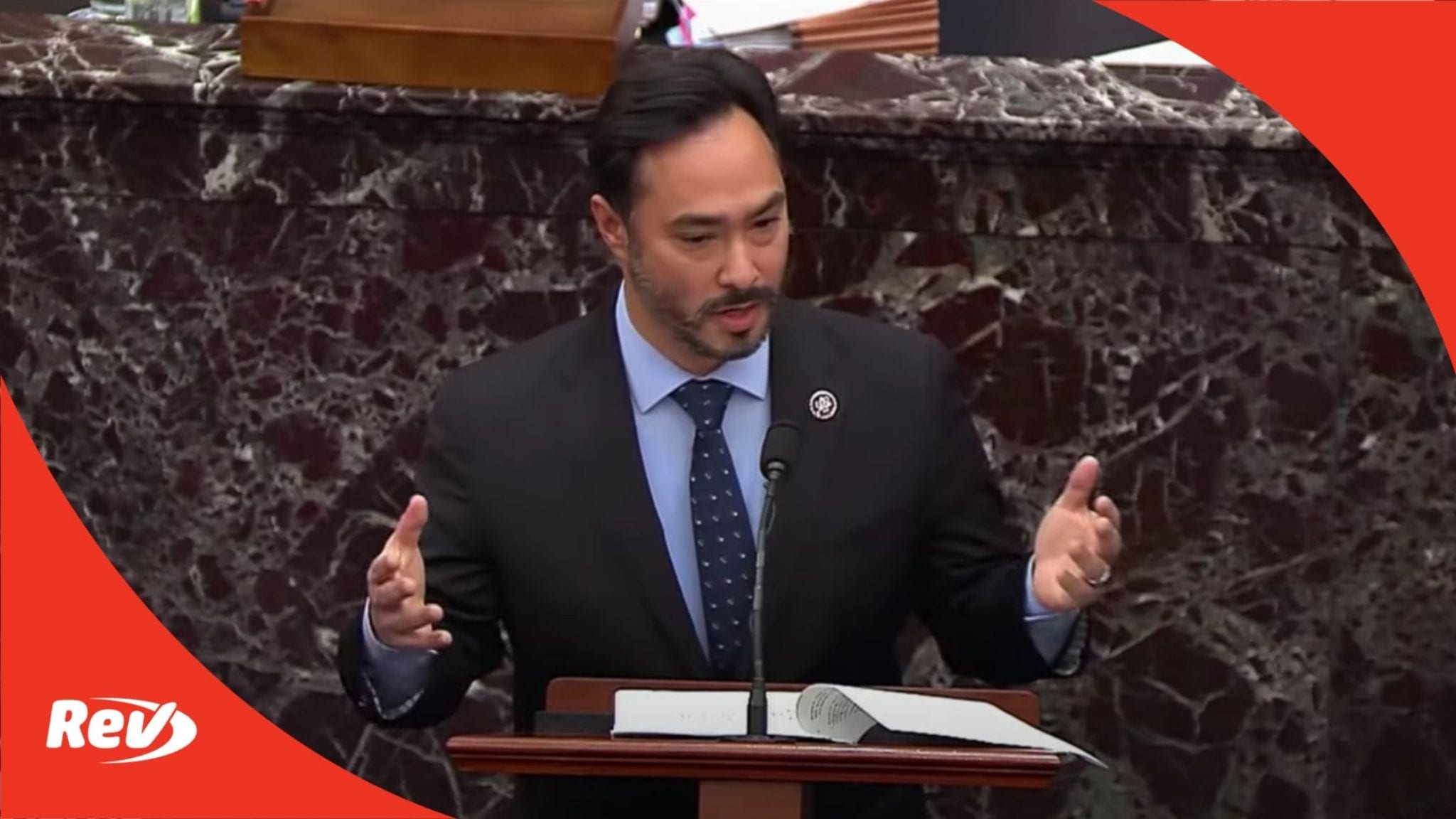 Rep. Castro and Donald Trump’s lawyer Michael van der Veen gave statements on whether Donald Trump knew of the danger to VP Mike Pence during the insurrection. Read the transcript of their speech remarks here.

Clerk: (00:01)
When President Trump sent the disparaging tweet at 2:24 PM regarding Vice President Pence, was he aware that vice president had been removed from the Senate by the Secret Service for his safety?

Clerk: (00:41)
When President Trump sent the disparaging tweet at 2:24 PM regarding Vice President Pence, was he aware that the vice president had been removed from the Senate by the Secret Service for his safety?

Speaker 2: (01:00)
The House of Representatives managers, they’re recognized two and a half minutes.

Rep. Castro: (01:04)
Thank you. Well, let me tell you what he said at 2:24 PM. He said Mike Pence didn’t have the courage to do what should have been done to protect our country and our Constitution. The USA demands the truth. And you know by now what was all over the media. You couldn’t turn on the television. Couldn’t turn on the radio. Couldn’t consume any media or probably take any phone calls or anything else without hearing about this and also hearing about the vice president. And here’s what Donald Trump had to know at that time because the whole world knew it. All of us knew it. Live television had by this point shown that the insurgents were already inside the building and that they had weapons and that the police were outnumbered. And here are the facts that are not in dispute. Donald Trump had not taken any measures to send help to the overwhelmed Capitol police as president. At that point, when you see all this going on and the people around you are imploring you to do something and your vice president is there, why wouldn’t you do it?

Rep. Castro: (02:15)
Donald Trump did not publicly condemned the attack, the attackers, or told them to stand down despite multiple pleas to do so. And Donald Trump hadn’t even acknowledged the attack. And after Wednesday’s trial portion concluded, Senator Tuberville spoke to reporters and confirmed the call that he had with the president and did not dispute Manager Sicily’s description in any way that there was a call between he and the president around the time that Mike Pence was being ushered out of the chamber and that was shortly after 2:00 PM. And Senator Tuberville specifically said that he told the president, “Mr. President, they just took the vice president out. I’ve got to go.” That was shortly after 2:00 PM. There were still hours of chaos and carnage and mayhem. The vice president and his family were still in danger at that point. Our commander-in-chief did nothing.

Michael van der Veen: (03:23)
Thank you. The answer is no. At no point was the president informed the vice president was in any danger. Because the House rushed through this impeachment in seven days with no evidence, there is nothing at all in the record on this point because the House failed to do even a minimum amount of due diligence. What the president did know is that there was a violent riot happening at the Capitol. That’s why he repeatedly called via tweet and via video for the riots to stop, to be peaceful, to respect Capitol police and law enforcement, and to commit no violence and to go home.

Michael van der Veen: (04:06)
But to be clear, this is an article of impeachment for incitement. This is not an article of impeachment for anything else. It’s a one count. They could have charged anything they wanted. They chose to charge incitement. So that the question, although answered directly no, it’s not really relevant to the charges for the impeachment in this case. And I just wanted to clear up one more thing. Mr. Castro in his first answer may have spoke, but what he said was Mr. Trump had said, “Fight to the death.” That’s false. I’m hoping he misspoke. Thank you.