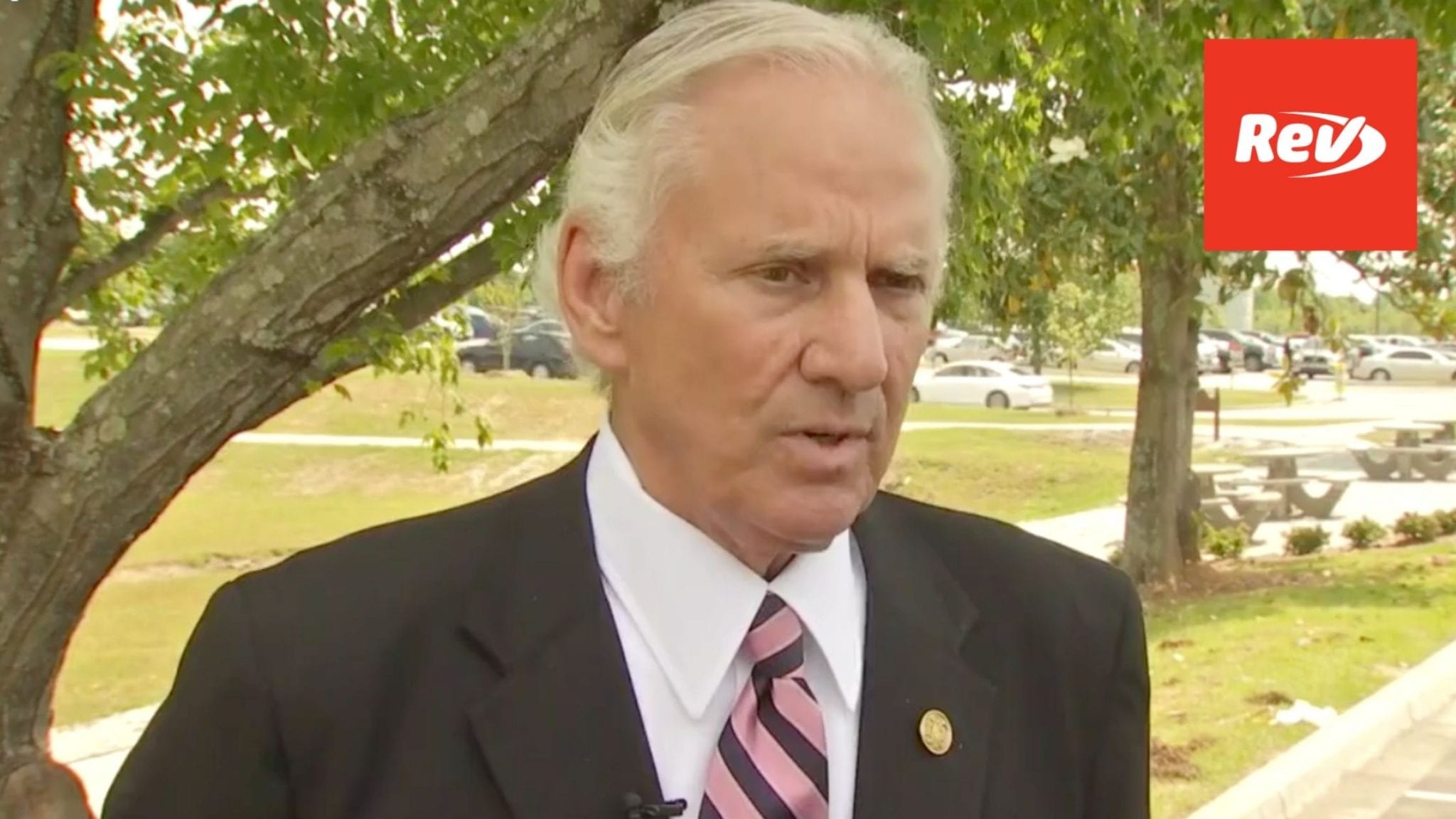 South Carolina Gov. Henry McMaster spoke to the press on May 17, 2021. He answered questions on the new death penalty law that makes inmates choose between the electric chair and the firing squad. Read the transcript of his remarks here.

Governor McMaster: (00:00)
… make the choice of whether they want their child to wear a mask or not. And the superintendent of education is now, I think has left it up or just in general as well and is not requiring them.

Speaker 2: (00:15)
Your thoughts on people being threatened for protesting the mass ordinance. There was going to be a protest today, but they decided to do it online because of the threats.

Governor McMaster: (00:25)
I don’t know anything about that, but I mean, peaceful protest is fine as long as it’s peaceful. But back to the masks, with the vaccinations that we’re having, the vaccinations and the natural immunity to what extent that exists, and the fact that schools have, we’ve known from the beginning have been the safest place to be. And so if parents don’t want their children wearing masks, then they certainly should not be required by the government to do that. And that’s what we said in that executive order.

Speaker 2: (01:02)
Wearing a mask, I’m sorry. They’ve assigned. Can you elaborate even with the teachers?

Governor McMaster: (01:08)
I’m not requiring them to wear a mask. If people are vaccinated, then they shouldn’t have to wear a mask. And we have over 1000 places around the state where you can just walk in now, you don’t even need an appointment, to get the vaccination. We have three different kinds of vaccines. It’s getting to the point, and also with beautiful weather, also what we know about the virus now that we didn’t know at the beginning, it really is time to be wrapping up these restrictions that some of the places have on people. Now, if anybody wants to wear a mask, then they ought to be allowed to do that, of course.

Speaker 2: (01:51)
What about your pandemic unemployment benefits in ending? Can you weigh in on that?

Governor McMaster: (01:56)
We saw that people were being dis-incentivized, that is they’re being paid not to work. And that is not a smart thing to do in an economy as vibrant as ours. We didn’t close down. I think the Department of Employment and Workforce has got something like over 80,000 openings that they know about right now. You can go online or ask somebody and you can find them and you can enter your skills and what you want to do, and you can find employment. But we literally have people that are simply not going back to the jobs, even when their employers are asking them to come back. And the reason we believe is because of those benefits, which in some cases were paying people more than they were making in their jobs. So, that’s a counterproductive policy. It’s time to end it. And since we’ve done that, I think over a dozen other states have done the same thing or something like it.

Speaker 3: (02:56)
Governor, different topic. When are you going to sign the open carry bill?

Speaker 3: (03:05)
And when will we start executing death row inmates again?

Governor McMaster: (03:08)
That would be up to the court system with appeals and all of those things. There may be some that will come as a result of this law, but that’s up to the criminal justice system. The important thing is that the system is able to function, and the death penalty, which has been in South Carolina for, I think since the very beginning, was not able to function because of the way our particular one was written. And that has now been accomplished, has been fixed, so that justice may proceed.

Speaker 3: (03:40)
Speaking of the correctional facilities, have you seen the Jamal Sutherland video?

Governor McMaster: (03:44)
I don’t think I saw the whole thing. I saw I think about seven, eight or nine minutes of it several times.

Governor McMaster: (03:54)
I think it’s tragic and it’s clear that we need to look at our training and education policies for law enforcement. It is a tragedy to see something like that happen.

Speaker 2: (04:11)
With the gas situation, were you lifting travel restrictions on-

Governor McMaster: (04:19)
Yes, we did that on trucks to allow weight limits to be suspended and other things in order to be sure that whatever gas it was that could be brought into the state would be allowed to bring it in. But now I understand the Colonial Pipeline has said that they think they have the problem fixed. We’re not back up to full speed yet, but we’ll be soon.

Speaker 4: (04:44)
Back to the capital punishment, death row. Some people have had the reaction that we’re going back in time with a firing squad and electric chair. What would she say to them about that?

Governor McMaster: (04:59)
Well, it’s the choice of the individual who has been determined by the judge and jury and appeals finally completed to make that choice. It just gives the choice.

Governor McMaster: (05:16)
Well, if they don’t want to make a choice, if they’ve gone through the system and exhausted all avenues of appeal or review, then it is time for the law to be implemented.

Speaker 4: (05:28)
Would you like to see, I guess, lethal injection used in … I know the supply of drugs and stuff like that-

Governor McMaster: (05:35)
Well, that’s why we had to review the law because the supply of those drugs was unavailable. And what that ended up was simply the law was unable to be carried out. This should fix that.