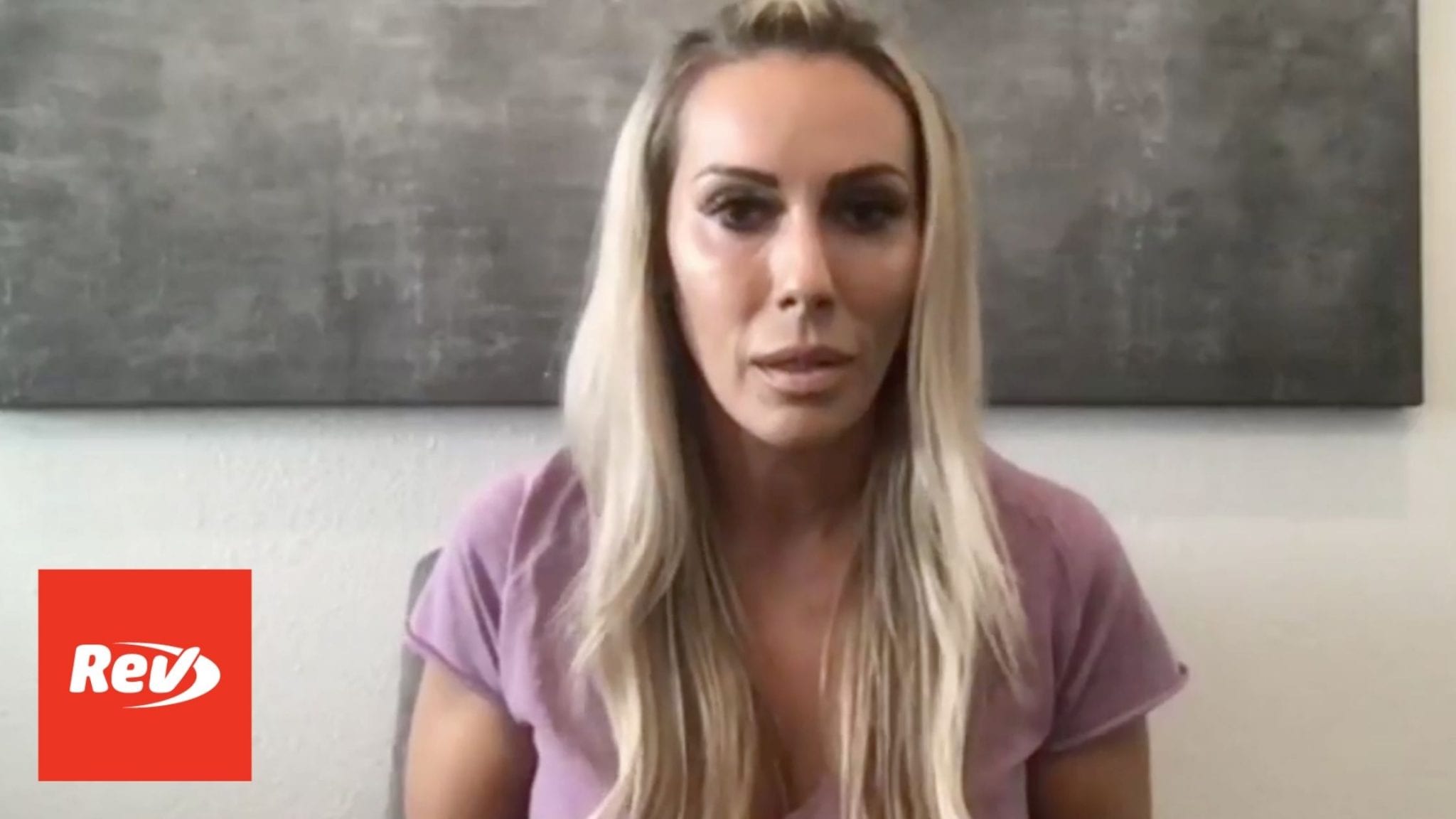 Erica Kious: (00:00)
I’m Erica Kious, the owner of E-Salon in San Francisco. Thank you for being here today. As has been reported, Nancy Pelosi visited my salon on Monday, August 31st. She scheduled her appointment directly with an independent stylist who rents a station in my salon named Jonathan Denardo. I did not speak to Mrs. Pelosi or anyone associated with her about this appointment at any time. I also did not speak to Jonathan about it at any time before he scheduled the appointment. The first I heard of it was Sunday evening when he informed me that he had made the appointment. He did not ask me if he could make the appointment. And as an independent stylist, he doesn’t have to ask me or ask for my permission to make appointments. He told me that he had already made the appointment. The restrictions in San Francisco currently do not allow stylists to perform any services indoors.

Erica Kious: (00:57)
I understand Mrs. Pelosi now claims that she was set up by me to come into the salon and be filmed. Of course, since I had no contact with Mrs. Pelosi or her team about any of this, and Jonathan is the only one they communicated with, if there was a setup, it could have only been Jonathan who orchestrated it. In fact, not only did I not set her up, her assertion that she is a victim and was set up is totally false and outrageous. Here are the facts: Mrs. Pelosi or her people contacted Jonathan and initially asked if he could provide a hair service at her private residence in San Francisco. Jonathan informed her that this was not possible. He invited her to the salon for a hair service the following day. Jonathan, like all stylists who provide services in my salon, other than myself, is an independent contractor. They rent shares in the salon and have their own schedules, perform their services, and obtain compensation from their clients directly. Each has a door code to the salon and they have 24 access to the salon at all times.

Erica Kious: (02:13)
I have nothing to do with this and have never approved or rejected any particular client or service at the salon. Jonathan, as the text message I’m going to provide, did not call me to seek authorization to do Mrs. Pelosi’s hair. The appointment had already been made by him.

Erica Kious: (02:41)
Shortly after the texts, Jonathan called me to express his excitement that Mrs. Pelosi was coming into the salon to get her hair done by him. Jonathan is a supporter of Mrs. Pelosi, who represents our district. I know from many conversations with Jonathan and other stylists that we all feel that is unfair that our small businesses have been shut down since March. Jonathan has been an active supporter of efforts to open our salon, and all salons, legally and safely, a goal that I and every stylist I know shares. On the call, which Jonathan initiated, I told Jonathan that if Mrs. Pelosi came to the salon and felt safe doing so, he should speak to her about trying to get other salons to open everywhere and for everyone equally. Jonathan became upset and animated at my suggestion expressing to me words to the effort of “Don’t how hard of a time she is having right now, she has more and bigger things to worry about.”

Erica Kious: (03:46)
Jonathan texted me after the call, apologizing for his fiery and abrasive language on his call to me and that’s what he said. I accepted his apology and express my love. At the time of Mrs. Pelosi’s appointment, I was not even in California, I was on a plane. Shortly after I landed, I saw that Mrs. Pelosi was passing through the salon without a mask. On Monday after the Speaker’s appointment, Jonathan actually texted me and conveyed that he did have a discussion with her about not being allowed to open to do hair inside the salon. Not only was this Speaker fully aware that salons were closed for such services, but she and Jonathan actually discussed the fact during her appointment. So the Speakers excuse that she was set up is false. Jonathan did not tell her that the salon was to do one on one service inside.

Erica Kious: (04:51)
His text shows plainly that he told her the exact opposite. And if he told her something different to get her to book the appointment, he is the one who lied to her, not me and not my salon, but I highly doubt that he said such a thing, because if we were allowed to do one-on-one services in the salon, we would not be open for business since almost everything we do is one-on-one.

Erica Kious: (05:23)
I had no knowledge of Mrs. Pelosi’s appointment until after she booked it and I had no plan or intention to release any video of her, even after my discussion with Jonathan. As I said in that discussion, I asked him to speak to her in making sure all people who felt comfortable and safe in a salon, just as she obviously did, be permitted to go to a salon. But when I saw that she wasn’t even wearing a mask, I realized that it is absurd that she felt safe and gets to choose to go to the salon while others are prevented by state and local restrictions from making the same choice. In other words, I want salons to be open. I wanted her visit to be proof that even she knows it is safe to go to the salon.

Erica Kious: (06:28)
Little relationship to the truth. I will now address his assertions.

Erica Kious: (06:33)
Jonathan’s claims that he or anyone else was encouraged or almost forced service their clients is false. They are independent. And if they want to feed their families or pay their bills, they are adults. And do what they choose to do. Stylists who rent space from me don’t pay the salon or me any portion of what they charge their clients. He and other professional stylists may certainly be under pressure-

Erica Kious: (07:02)
… of our industry in San Francisco. But that pressure is imposed by Governor Newsom and local elected leaders, not me. If anyone said at Mrs. Pelosi, it could only have been the person she booked the appointment with, Jonathan Denardo. Obviously this makes no sense. I am confident that Jonathan did nothing to set up Mrs. Pelosi. In fact, nobody set up Mrs. Pelosi. She is attempting to scapegoat her stylist, Jonathan, a big fan of hers and me, a small business owner who has had no interactions with her about any of this. For the Speaker of the House of the United States to go on TV and falsely claim she was set up and publicly defame me and send out PR firms to spend more lies by Jonathan in support of the Speaker’s own lies is bad enough, but for the Speaker Pelosi to frame herself as a victim under a total false narrative while small businesses and workers all over California, the state she represents in Congress, suffer and struggle just to survive is beyond shameful.

Erica Kious: (08:21)
I don’t owe anyone an apology. Mrs. Pelosi owes the entire country in apology. If America goes in front of Congress and lies, they go to jail. But apparently when the most powerful woman in the world lies to America, we owe her an apology. This was never about me or even Jonathan or anyone else struggling to get by. Hairstylists and other small business owners in San Francisco and elsewhere are doing what they need to do to survive. The point of releasing this video was, and is, if a woman in a high risk age group who spends much of her time on TV warning about the dangers of COVID-19 feels safe and comfortable in a San Francisco salon and can be responsible for being cautious and mindful, why can’t the rest of San Francisco and the rest of America do that too? That was my point.

Erica Kious: (09:28)
Someone who breaks a rule to feed themselves or their children is very different from Mrs. Pelosi, who supports rules that even she acknowledges by her actions are not necessarily to ensure safety. I just wanted all stylists, including Jonathan, to be able to work in all salons, including mine, to be able to reopen safely for indoor services.

Erica Kious: (10:27)
I’m really great with talking to clients and people in person, but when it comes to reading, sorry. Anyway. Okay.

Claudia Cowan: (10:36)
So can you say how many times Speaker Pelosi has visited your salon during the lockdown and who it was that made the appointment for her to come in on Monday? Thank you.

Erica Kious: (10:52)
I believe she’s only been in this one time and the stylist who made the appointment was Jonathan Denardo.

Justine Waldmann: (11:20)
Hi, this is Justin Waldmann calling from KRON4. Thank you for taking my question. In the statement from Jonathan that his lawyer released, he is saying, even though he doesn’t want to release the footage, that there are photographs of various clients still happening within your salon, ignoring social distancing, not wearing protective gear, that this has been something that’s been going on in your salon since shelter in place started. Can you address that please?

Justine Waldmann: (12:00)
You did not personally take any appointments.

Erica Kious: (12:04)
There is a code on the door. So if people came in and, and went, I mean again, the thing is, people need to understand. We haven’t worked. We have no income at all for six months, no money. So if someone went in and did a client to feed their family or pay their rent, I have no control over that.

Justine Waldmann: (12:31)
But you didn’t release pictures of any other clients in there, just of Nancy Pelosi?

Speaker 2: (12:56)
Okay. I think that’s all the time for questions that we have. Thank you everybody for attending. Appreciate it.