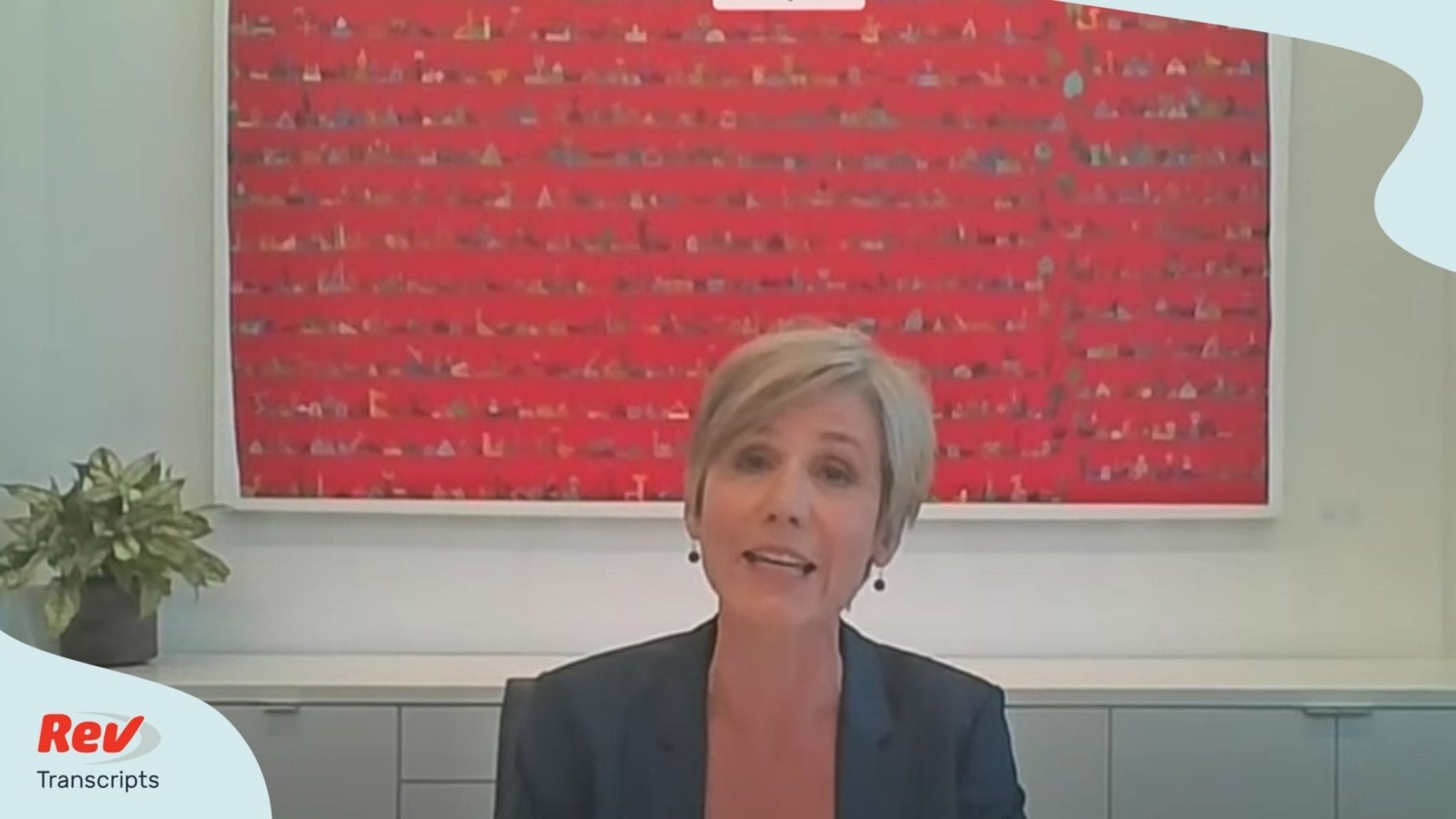 Former Deputy Attorney General Sally Yates testified on August 5 before the Senate Judiciary Committee on Russia’s interference in the 2016 election. Read the transcript of her opening testimony here.

Chairman Graham: (00:00)
Do you solemnly swear and affirm that the testimony you’re about to give this committee is the truth, the whole truth, and nothing but the truth, so help you God? Thank you. You may make your opening statement, Ms. Yates.

Sally Yates: (00:12)
Thank you. Chairman Graham, Ranking Member Feinstein, and distinguished members of the committee, thank you for the opportunity to testify here today. Now as some of you know, I was a career prosecutor at the Department of Justice. I was honored to represent the people of the United States for over 27 years through five Democratic and Republican administrations. And I took very seriously my responsibility to represent the people in a manner that engendered the trust of the public I served. As you know, I’ve testified a number of times about the general topics of today’s hearing but as Chairman Graham just indicated, he is particularly interested in one specific subject, that being a meeting that occurred in the Oval Office on January 5th of 2017. So why don’t I just go directly to that.

Sally Yates: (01:14)
Sure. I’ve never been accused of being too soft spoken, but I’ll try to be louder. Yes. Chairman Graham, you have indicated that you are particularly interested in the meeting that occurred in the Oval Office on January 5th, 2017. Can you all hear me okay now?

Sally Yates: (01:34)
So, why don’t I just go directly to that? This meeting took place just two months after the 2016 election. And this was at a time when we were just beginning to come to terms with a foreign adversary’s stunning systematic attack on our democracy. We’ve all heard Russian interference in our election so much that it’s kind of lost its shock value, but this attack on our Homeland was indeed shocking. By late December, our intelligence community had determined that Russia, acting on the direct orders of President Vladimir Putin, had engaged in a massive effort to undermine faith in our democratic processes to hurt Hillary Clinton’s chance of electability and to aid the candidacy of now President Donald Trump. The Russian government had used cyber attacks, the strategic release of stolen information and a coordinated campaign to weaponize social media against American citizens.

Sally Yates: (02:46)
This unprecedented act of aggression could not go unanswered. So on December 28th, the Obama administration took a first step by ejecting 35 Russian intelligence operatives and imposing other sanctions on Russia. They did this both to punish the Russians for their attack on our democracy, and importantly, to deter them from ever doing it again. As expected, the Russians immediately announced that they would retaliate, but then the next day they inexplicably reversed course and announced that they didn’t intend to take any responsive action. The administration was understandably perplexed by this abrupt change, and President Obama asked the intel community to try to figure out what had happened, and the FBI discovered the answer.

Sally Yates: (03:46)
General Michael Flynn, the incoming National Security Advisor, was having back channel discussions with Russian ambassador Sergey Kislyak, recorded conversations between General Flynn and the ambassador revealed that General Flynn had essentially neutered the US government’s message of deterrent. Far from rebuking the Russians for their attack on our country, General Flynn was conciliatory. He tried to persuade the Russians not to escalate the situation so they could reset the relationship. The day after General Flynn’s call with Kislyak, Putin himself announced that the Russians wouldn’t take any action whatsoever to respond to America sanctions and President Trump tweeted praise of Putin’s decision.

Sally Yates: (04:39)
In a followup call between Kislyak and Flynn, Kislyak advised Flynn that Moscow had made this decision and made this course reversal as a direct result of Flynn’s request. So that’s what was happening in the days that led up to this January 5th meeting. On that day, the White House had the intel chiefs in to brief the President and the Vice President and the National Security Advisor on their intelligence assessment of Russian interference. Portions of that assessment were due to be released publicly the next day. Attorney General Lynch was out of town, so I was asked to stand in, in her place. Following the briefing, which took place in the Oval Office, the President asked Director Comey and me to stay back with the Vice President and the National Security Advisor.

Sally Yates: (05:34)
I recall that the President began the after meeting by saying something to the effect that he had learned of the calls between Kislyak and Flynn and he didn’t want to know anything anymore and he didn’t want to influence anything. But what he did want to know was whether the White House could continue to share sensitive national security information with General Flynn during the transition. Now, at this point, I didn’t know why the President was asking this question because this was the first I’d heard of the calls between Flynn and Kislyak. I was really surprised both the General Flynn had engaged in these discussions and that Director Comey knew about them, but I didn’t. And so after we left the Oval Office, Director Comey and I talked in the waiting room that’s there outside the Oval Office.

Sally Yates: (06:31)
And I was frankly irritated with Director Coney for not having told me about the calls. And I asked him why this was the first that I was hearing of this. And he told me that his team had briefed the lawyers in the National Security Division about the calls the previous day and he expected that the NSD lawyers would brief me. As it turned out, the National Security Division lawyers had in fact made an appointment already that was scheduled with me for that afternoon.

Sally Yates: (07:03)
Now, while I don’t recall all the details of the conversation in the Oval Office, my memory is clear on the important points. The purpose of this meeting was for the President to find out whether based on the calls between Ambassador Kislyak and General Flynn, the transition team needed to be careful about what it was sharing with General Flynn. During the meeting, the President, Vice President and the National Security Advisor did not in any way attempt to direct or influence any kind of investigation, something like that would have set off alarms for me, and it would have stuck out both at the time and in my memory. No such thing happened. The President was focused entirely on the national security implications of sharing sensitive intelligence information with General Flynn during the transitional process that was obviously already underway at the White House.

Sally Yates: (08:08)
I will close with this. In this election year, I hope that we won’t lose sight of the very real threat posed by the ongoing efforts of a foreign adversary to undermine our democratic processes and that we will continue to proactively protect the integrity of our elections. I look forward to answering your questions. Thank you. 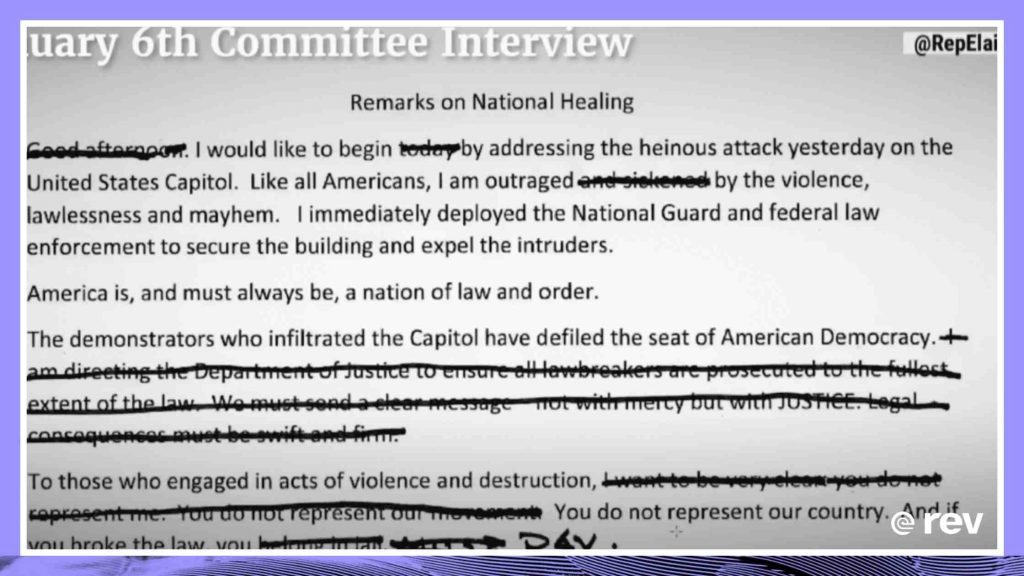 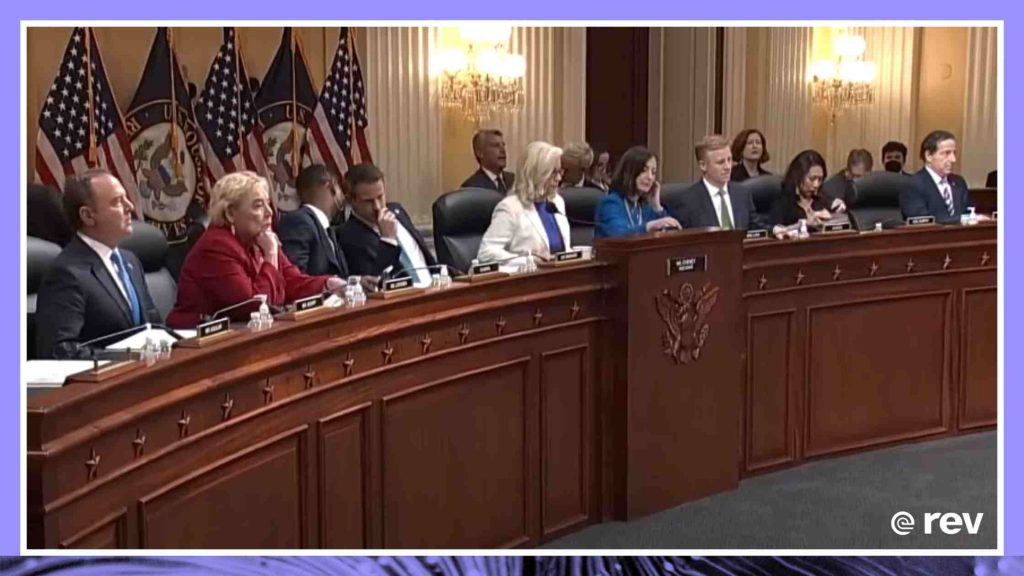 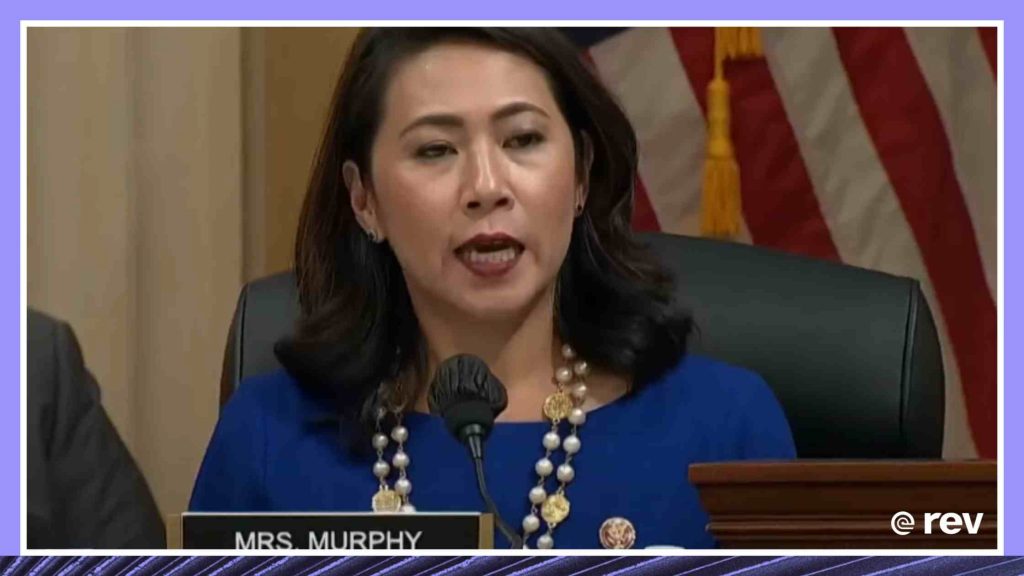