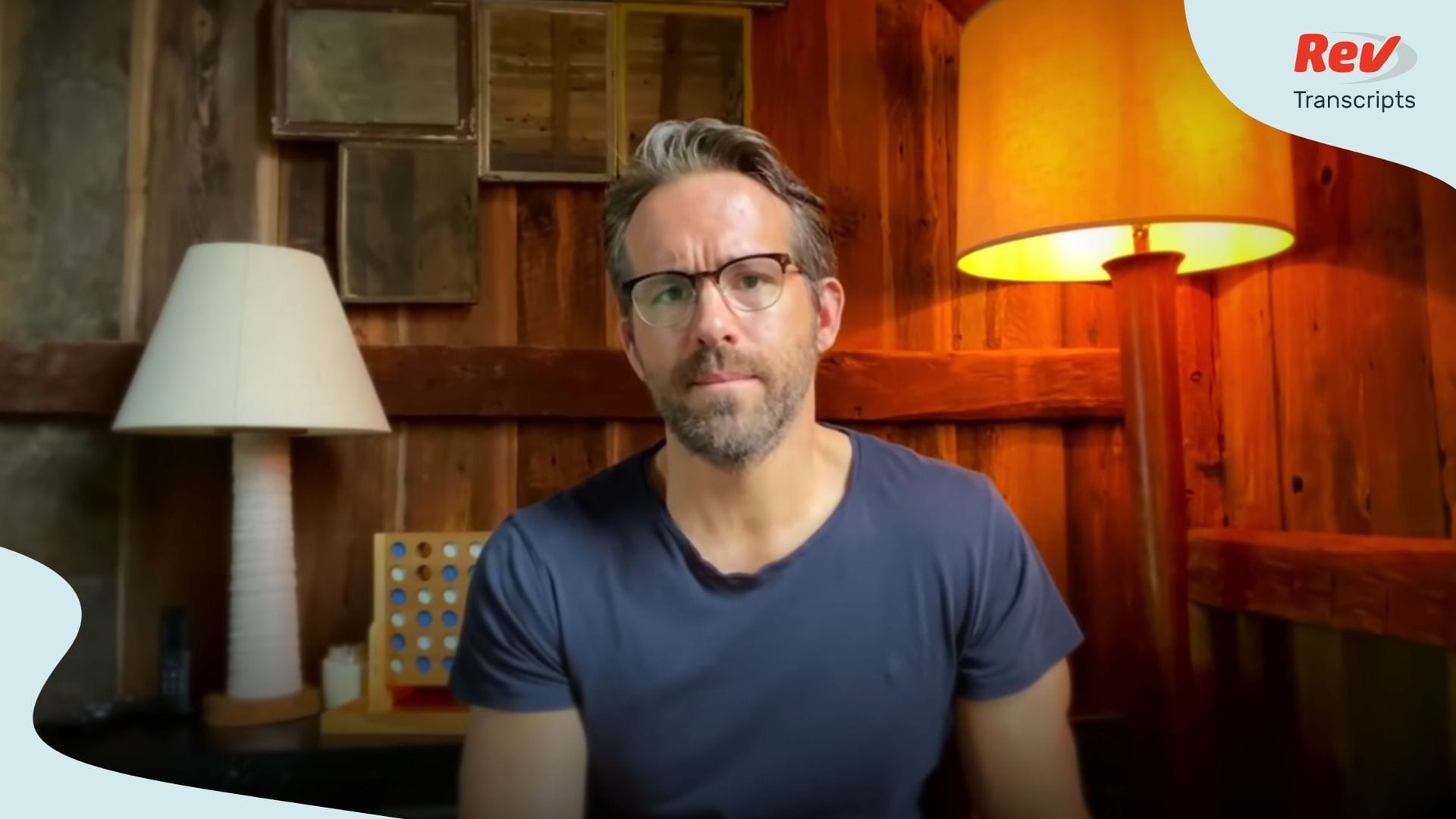 Ryan Reynolds: (00:02)
Hello, Kitsilano Secondary School Class of 2020. My name is Ryan Reynolds. I’m a former student of Kitsilano. I’m an actor, I’m a writer, a producer. Who cares. You have a teacher by the name of Jonah Eckert. And he was a friend of mine when I was in high school. I had not seen Jonah in 1.2 million years, but in my mind’s eye, he’s still like a 17 year old kid. His hair has frosted tips. He always wore shorts, I remember, even if it was minus 20. Also remember when we were graduating, he was super excited because he was going to start a money laundering operation with a cartel in Southern Mexico. But I guess becoming a teacher was plan B. I don’t know. Anyway, like Jonah, I can’t predict the future. I don’t have anything super interesting prepared for you. I just thought that I would pop in and phone this thing in the way I phone in my final year at Kitsilano Secondary School.

Ryan Reynolds: (01:11)
Although I didn’t always go to Kits, I actually went to … I only went to Kits for grade 11 and 12, before that I was at Prince of Wales. And then at the end of grade 10, I remember the vice principal of Prince of Wales, Dr. Hunt, sat me down and invited me to leave, which looking back was just a very Canadian way of kicking me out. Needless to say, Kits was the best thing that ever happened to me up until that point. I mean, man, until this day, I’m still friends with so many of the people I graduated with, so that says something. Now, I’m probably not going to drop any mics here. If you want a real commencement speech, checkout David Foster Wallace, because wow, that’s a commencement speech.

Ryan Reynolds: (02:04)
But I can pass on this one little chestnut of wisdom. Something you might want to start. If you’re not already doing it, totally up to you, no pressure. But one thing that’s worked for me is practicing some form of compassion every day, whether it’s for yourself or someone else, especially for someone else is good. But you’ve heard the expression, “divide and conquer.” You see it everywhere. And dividing people is just like a means to distract them, disarm them, whereby giving one an opportunity to conquer. And the world seems to subsist on this idea more and more and more and it’s getting really boring.

Ryan Reynolds: (02:46)
It’s just overdone. And I think that you guys want to be stylish and ahead of the curve. And I believe that your generation will be so maybe practice the opposite practice, empathy. Some of you might consider me successful. I don’t know. Some of you may have seen Green Lantern. But I’ll tell you this, empathy has got me so much more, so much farther in not only my life, but in my career. Mirroring, empathizing, validating someone else’s experience or a point of view is just about the most radical act of ambition that you can ever demonstrate. To my surprise, this has made me money, friends, priceless memories. It’s allowed me to fully accept and provide love. It’s helped me recognize mistakes that I’ve made and learn from them and above all. It made me happy and it’s something that I’ll probably be working on my whole life. I know that as soon as you saw me, you were expecting dick jokes. I’m going to save those though for your university commencement speech where you’ll need them. Not that you have to go to university. God knows I didn’t.