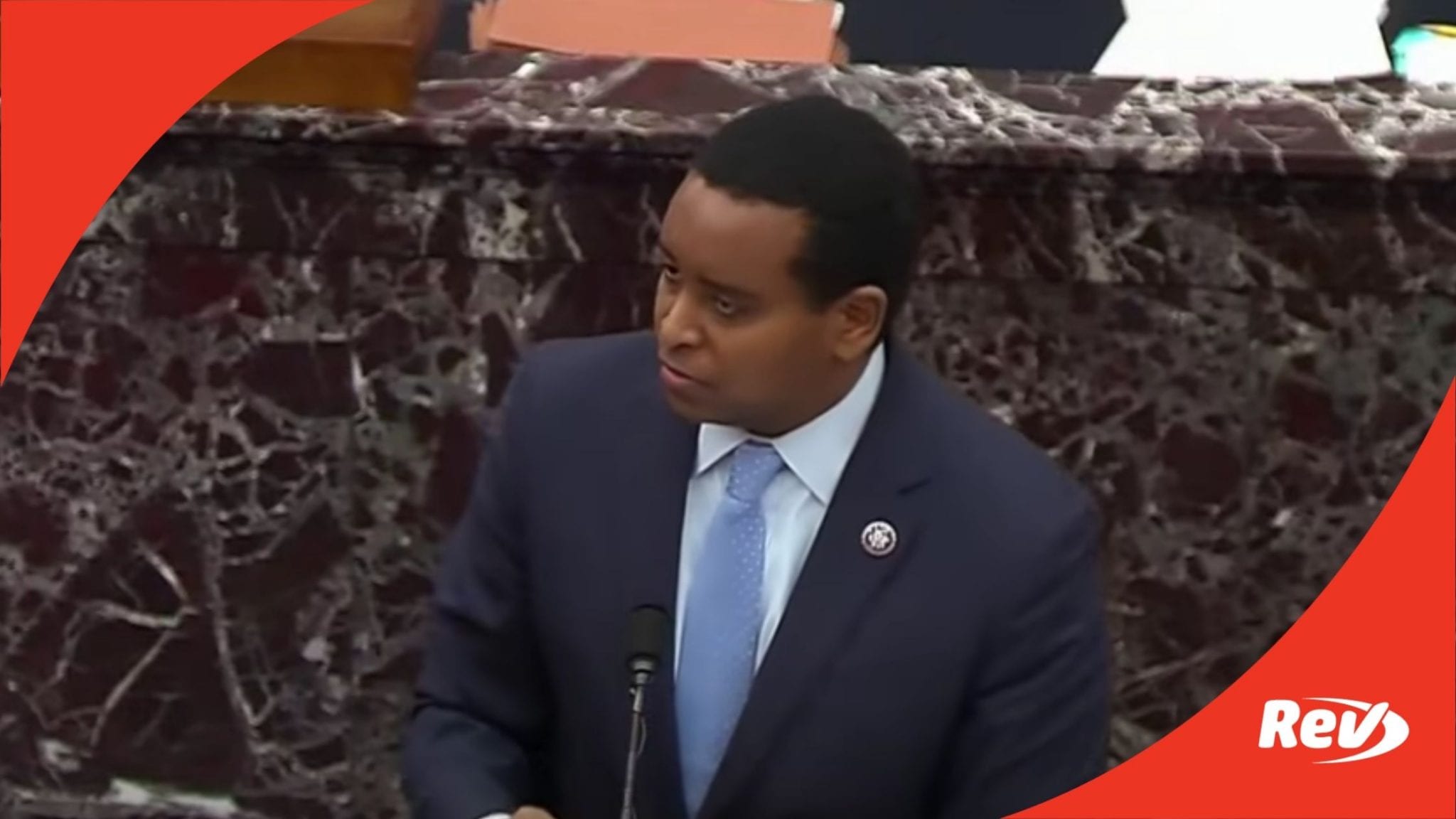 Joe Neguse: (00:00)
You will hear over and over three things. You can see them on the screens. First, what Lead Manager Raskin referred to as the big lie, that the election was stolen, full of fraud, rigged. You will hear over and over him using that lie to urge his supporters to never concede and stop the steal. And finally, you will hear the call to arms, that it was his supporter’s patriotic duty to fight like hell, to do what? To stop the steal, to stop the election from being stolen. By showing up in this very chamber to stop you, to stop us. I’d respectfully ask that you remember those three phrases as you consider the evidence today. Election was stolen, stop the steal and fight like hell, because they did not just appear on January 6th. Let me show you what I mean.

Joe Neguse: (01:16)
Let’s start with the big lie. You will see during this trial that the president realized really by last spring that he could lose. He might lose the election. So what did he do? He started planting the seeds to get some of his supporters ready by saying that he could only lose the election if it was stolen. I mean, in other words, really what he did is create a no lose scenario. Either he won the election, or he would have some angry supporters, not all, but some who believed that if he lost, the election had to be rigged. And they would be angry, because he was telling Americans that their vote had been stolen. And in America, our vote is our voice. So his false claims about election fraud, that was the drum beat being used to inspire, instigate and ignite them, to anger them. Watch this clip.

Joe Neguse: (02:56)
We all know what happened after that. He lost. He lost the election. But remember, he had that no lose scenario that I referenced earlier. He told his base that the election was stolen, as he had forecasted. And then he told them, your election has been stolen, but you cannot concede. You must stop the steal.

Donald Trump: (03:28)
You can’t let another person steal that election from you. All over the country people are together in holding up signs, stop the steal. The Democrats are trying to steal the White House. You can not let them. You just can’t let them.

Joe Neguse: (03:49)
Now while he’s inciting his supporters, he’s also simultaneously doing everything he possibly can to overturn the election. First, he begins with the courts, a legitimate avenue. Legitimate avenue to challenge the election. But he ignores all of their adverse rulings, when all of his claims are thrown out. Then he moves on to try and to pressure state election officials to block the election results for his opponent, even though he’d lost in their states. You’ll hear my fellow managers discuss that in detail. Then he tries to threaten state election officials to actually change the votes, to make him the winner, even threatening criminal penalties if they refused. He had the Justice Department investigate his claims, and even they found no support for those claims.

Joe Neguse: (04:51)
So he tried to persuade some members of his party in Congress to block the certification of his vote with attacks in public forums. When that failed, he tried to intimidate the vice-president of the United States of America to refuse to certify the vote and send it back to the states. None of it worked. So, what does he do with his back against the wall when all else has failed? He turns back to his supporters, who he’d already spent months telling them that the election was stolen, and he amplified it further. He turned it up a notch. He told them that they had to be ready, not just to stop the steal, but to fight like hell.

Joe Neguse: (06:25)
You will see that in the months as the president made these statements, people listened. Armed supporters surrounded election official’s homes. The secretary of state for Georgia got death threats. Officials warned the president that his rhetoric was dangerous and it was going to result in deadly violence. And that’s what makes this so different, because when he saw firsthand the violence that his conduct was creating, he didn’t stop it. He didn’t condemn the violence. He incited it further and he got more specific. He didn’t just tell them to fight like hell. He told them how, where and when. He made sure they had advanced notice, 18 days advanced notice. He sent his save the date for January 6th. He told them to march to the Capitol and fight like hell. On January 6th, as Lead Manager Raskin said, the exact same day that we were certifying the election results.

Joe Neguse: (07:43)
And what time was that rally scheduled for? The exact same time that this chamber was certifying the election results in joint session. When did he conclude his speech? Literally moments before Speaker Pelosi had gaveled us into session. Many of us were in the house during that joint session of Congress. I was sitting two rows behind Leader Schumer and Leader McConnell. I remember it vividly. And as we were standing there fulfilling our solemn oath to the Constitution, the president was finishing his speech just a couple of miles away. How did he conclude that infamous speech? With a final call to action. He told them to march down Pennsylvania Avenue, to come here, that it was their patriotic duty because the election had been stolen. And when they heard his speech, they understood his words and what they meant, because they had heard it before. Let’s take just a minute and really look at his words on January 6th as he spoke at the Save America Rally. Now, remember I told you, you hear three phrases, the election was stolen, stop the steal and fight like hell. Let’s start with that first phrase.

Donald Trump: (09:26)
All of us here today do not want to see our election victory stolen. There’s never been anything like this. It’s a pure theft in American history. Everybody knows it. Make no mistake, this election was stolen from you, from me and from the country.

Joe Neguse: (09:42)
Now, of course, each of you heard those words before. So had the crowd. The president had spent months telling his supporters that the election had been stolen, and he used this speech to incite them further, to inflame them, to stop the steal, to stop the certification of the election results.

Donald Trump: (10:08)
We will never give up. We will never concede. It doesn’t happen. You don’t concede when there’s theft involved. And to use a favorite term that all of you people really came up with, we will stop the steal. We must stop the steal.

Joe Neguse: (10:29)
Finally, the president used the speech as a call to arms. It was not rhetorical. Some of his supporters had been primed for this over many months. As you’ll learn, days before this speech, as Lead Manager Raskin noted, there were vast reports across all major media outlets that thousands of people would be armed. That they’d be violent. You’ll learn that Capitol police and the FBI reported in the days leading up to the attack that thousands in the crowd would be targeting the Capitol specifically, that they had arrested people with guns the night before the attack on weapons charges. And this is what our commander in chief said to the crowd in the face of those warnings, right before they came here.