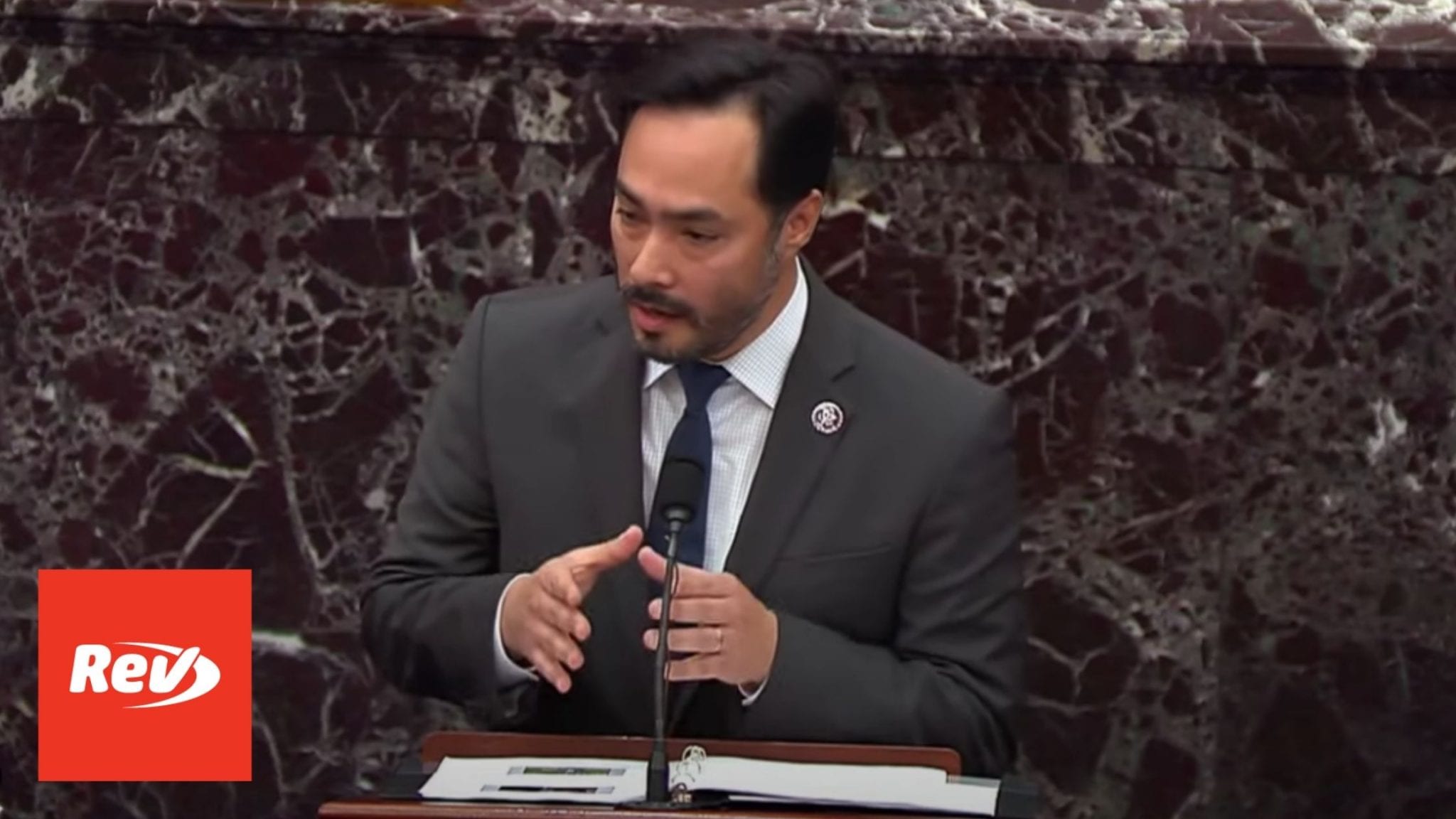 Rep. Castro: (00:00)
Beginning in the spring of 2020, President Trump began to fall behind in the polls and by July, President Trump had reached a new low. He was running 15 points behind his opponent and he was scared. He began to believe that he could legitimately lose the election and so he did something entirely unprecedented in the history of our nation. He refused to commit to a peaceful transition of power. Here’s what he said.

Chris Wallace: (00:38)
Can you give a direct answer, you will accept the election?

Speaker 4: (00:49)
Do you commit to making sure that there’s a peaceful transferal of power?

Rep. Castro: (01:04)
Senators, the President of the United States said, “There won’t be a transition of power. There’ll be a continuation.” President Trump was given every opportunity to tell his supporters, “Yes. If I lose, I will peacefully transfer power to the next president.”

Rep. Castro: (01:24)
Instead, he told his supporters, the only way he could lose the election is if it was stolen. In tweet, after tweet, he made sweeping allegations about election fraud that couldn’t possibly be true, but that was the point. He didn’t care if the claims were true. He wanted to make sure that his supporters were angry. Like the election was being ripped away from them.

Rep. Castro: (02:27)
On July 30th, “2020 will be the most inaccurate and fraudulent election in history.” Again, just big words with nothing to prove them. But he wanted to make his supporters believe that an election victory would be stolen from him and from them. This was to rile up his base, to make them angry.

Rep. Castro: (02:53)
Now, these were just a few of the many times President Trump tweeted about this and he did it in speeches, rallies, and in television too.

President Trump: (03:05)
This is going to be the greatest election disaster in history. Because the only way we’re going to lose this election is if the election is rigged; remember that.

President Trump: (03:16)
The only way they can take this election away from us is if this is a rigged election. We’re going to win this election.

President Trump: (03:27)
But this will be one of the greatest, fraudulent, most fraudulent elections ever.

Rep. Castro: (03:36)
This is clearly a man who refuses to accept the possibility, or the reality, in our democracy of losing an election. And there are dozens, more tweets and speeches of Donald Trump spreading his lie, but you get the point. His supporters got the point as well. They firmly believed that if he lost, it was because the election was rigged.

Speaker 6: (04:16)
Do you think that we get to election night or we’re in the following days, if Biden winds up somehow becoming a winner, do you think it’s rigged?

Speaker 6: (04:31)
In your opinion, would that be the only way that Trump could lose, that it be a rigged election? Is that the only way Joe Biden can win?

Speaker 8: (04:37)
Absolutely. I agree with that because there’s no way in heck our president’s going to lose. But yes, it wouldn’t be a rigged election, that was some type of cheating went on, what have you and I firmly believe that.

Rep. Castro: (04:52)
Now all of us in this room have run for election and it’s no fun to lose. I’m a Texas Democrat. We’ve lost a few elections over the years, but can you imagine telling your supporters that the only way you could possibly lose is if an American election was rigged and stolen from you. And ask yourself whether you’ve ever seen anyone, at any level of government, make the same claim about their own election.

Rep. Castro: (05:30)
But that’s exactly what President Trump did. He truly made his base belief that the only way he could lose was if the election was rigged. And senators, all of us know, and all of us understand, how dangerous that is for our country because the most combustible thing you can do in a democracy is convince people that an election doesn’t count, that their voice and their vote don’t count, and that it’s all been stolen, especially if what you’re saying are lies.