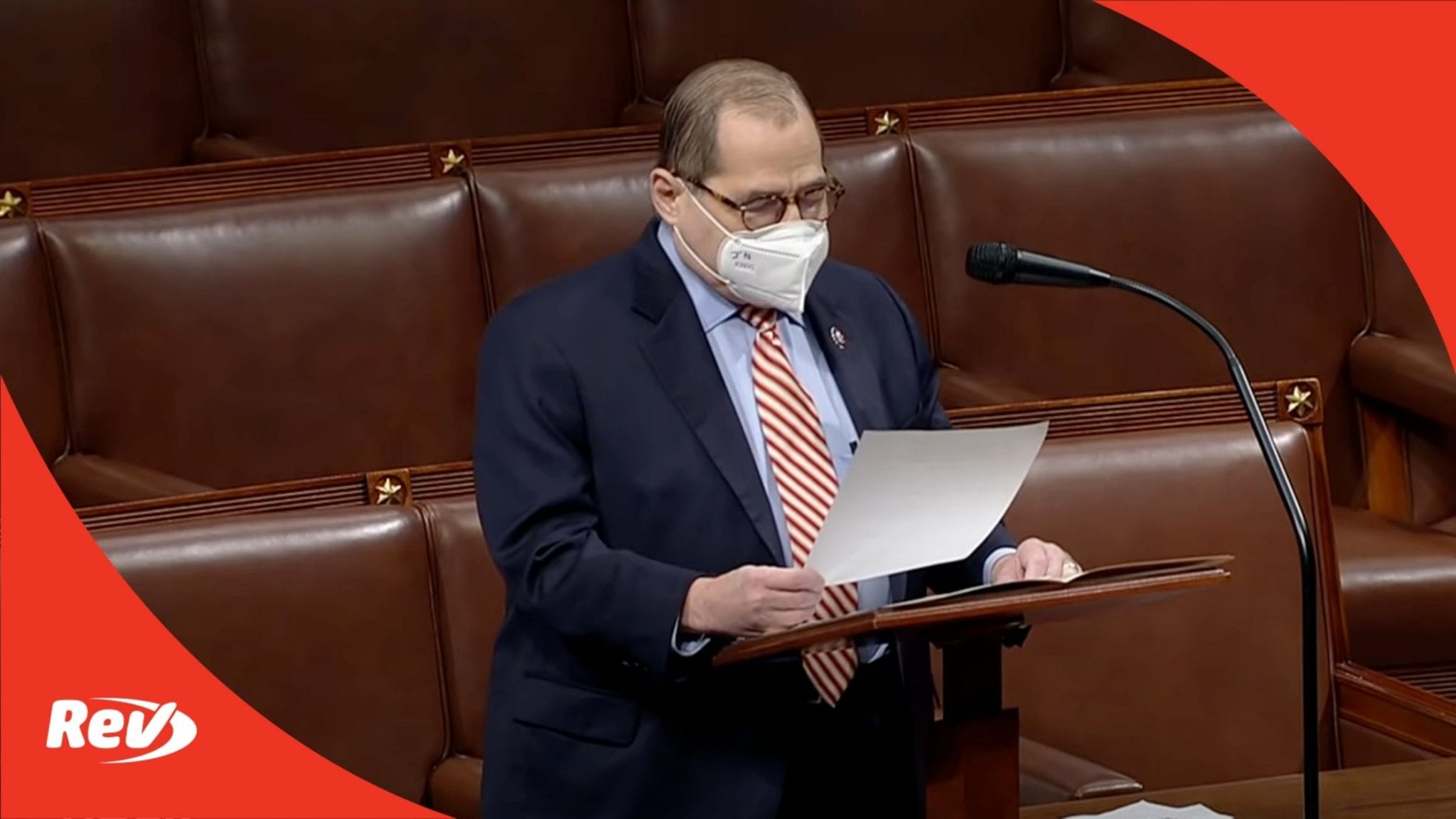 Representative Jerry Nadler gave a speech on the House floor as the House of Representatives debated the second impeachment of President Donald Trump on January 13.

Rep. Jerry Nadler: (00:00)
Madam Speaker, we all saw it coming. Months in advance, President Trump was baselessly and deliberately whipping his supporters into a frenzy. Weeks before the riot, he used his bully pulpit to spread lies about the election. He told his supporters that the results were fraudulent. He implored them again and again to help him stay in power. And he convinced them that accepting the outcome of the election posed an existential threat to their families and their freedoms. We have a duty to observe, Madam Speaker, that racism played a direct role in this incitement. The resident’s violent rhetoric is always at its most fevered pitch when he is talking about the civil rights and civic aspirations of black Americans and other minority communities.

Rep. Jerry Nadler: (00:52)
On January 6th, at a rally that was large, angry, and widely reported to be armed, the president’s lies and violent rhetoric reached their crescendo. At that rally, the president took the stage. After reiterating the false so that we won this election and we won it by a landslide, he told the crowd that, “If you don’t fight like hell, you’re not going to have a country anymore.” And then, he urged the mob to walk down Pennsylvania Avenue to prevent the Congress from confirming the election of an illegitimate president.

Rep. Jerry Nadler: (01:27)
On that day, President Trump unleashed the force of a mob on this, the people’s house. He encouraged that attack with the explicit intent to disrupt the joint session of Congress, an attack that threatened the safety of the vice-president, the speaker of the house, and the president pro tem of the Senate, the next three officers in the line of succession. And look at what that violence has wrought. At least six dead, offices ransacked, the sanctity of our Capitol breached for the first time in two centuries, our hallways littered with broken glass, the battle flags of a long dead Confederacy, are the debris we have come to associate with the Trump campaign.

Rep. Jerry Nadler: (02:12)
Madam Speaker, I have faith in the resiliency of our government. We will bring the rioters to justice. Their accomplices in this house will be held responsible. But today, we must focus on the greatest threat first, President Trump, who incited this riot and who remains a grave danger to the nation. As we warned the Senate when we tried him for his first impeachment, President Trump has made clear in word and deed that he will persist in such conduct if he is not removed from power. He poses a continuing threat to our nation, to the integrity of our elections, and to our democratic order. He must not remain in power one moment longer, not one moment longer. The danger is too great. We must impeach. I reserve the balance of my time.