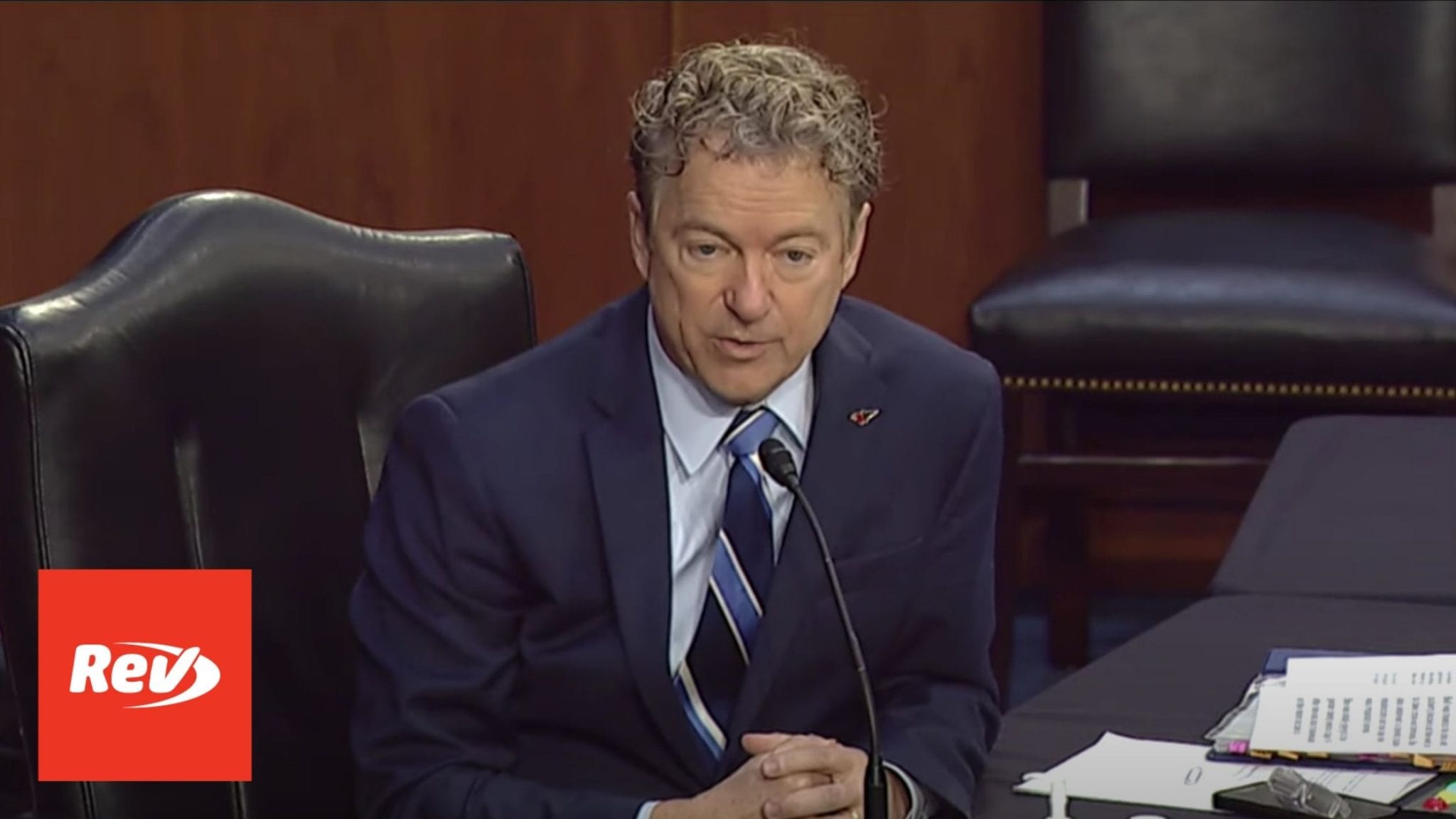 Senator Rand Paul has been criticized for his questioning of health nominee Rachel Levine about gender reassignment and hormone therapy for transgender minors. Read the transcript of the questioning with their remarks here.

Senator Paul: (00:48)
American culture is now normalizing the idea that minors can be given hormones to prevent their biological development of their secondary sexual characteristics. Dr. Levine, you have supported both allowing minors to be given hormone blockers, to prevent them from going through puberty, as well as surgical destruction of a minor’s genitalia. Like surgical mutilation, hormonal interruption of puberty can permanently alter and prevent secondary sexual characteristics. The American College of Pediatricians reports that 80 to 95% of prepubertal children with gender dysphoria will experience resolution by late adolescence if not exposed to medical intervention and social affirmation. Dr. Levine, do you believe that minors are capable of making such a life-changing decision as changing one’s sex?

Dr. Levine: (01:40)
Well, Senator thank you for your interest in this question. Transgender medicine is a very complex and nuanced field with robust research and standards of care that have been developed. And if I am fortunate enough to be confirmed as the Assistant Secretary of Health, I will look forward to working with you and your office and coming to your office and discussing the particulars of the standards of care for transgender medicine.

Senator Paul: (02:05)
The specific question was about minors. Let’s be a little more specific since you evaded the question. Do you support the government intervening to override the parent’s consent to give a child puberty blockers, cross-sex hormones and or amputation surgery of breasts and genitalia? You have said that you’re willing to accelerate the protocols for street kids. I’m alarmed that poor kids with no parents, who are homeless and distraught, you would just go through this and allow that to happen to a minor.

Senator Paul: (02:37)
I would hope that you would have compassion for Kira Bell, who’s a 23-year old girl who was confused with her identity. At 14, she read on the internet about something about transsexuals and she thought, “Well, maybe that’s what I am.” She ended up getting these puberty blockers, cross-sex hormones, she had her breasts amputated. But here’s what ultimately she says now, and this is a very insightful decision from someone who made a mistake, but was led to believe this was a good thing by the medical community. “I made a brash decision as a teenager, as a lot of teenagers do, trying to find confidence and happiness, except now the rest of my life will be negatively affected,” she said. Adding that the medicalized gender transitioning was a very temporary superficial fix for a very complex identity issue.

Senator Paul: (03:24)
What I’m alarmed at is that you’re not willing to say absolutely minors shouldn’t be making decisions to amputate their breast or to amputate their genitalia. For most of our history, we have believed that minors don’t have full rights and that parents need to be involved, so I’m alarmed that you won’t say with certainty that minors should not have the ability to make the decision to take hormones that will affect them for the rest of their life. Will you make a more firm decision on whether or not minors should be involved in these decisions?

Dr. Levine: (03:56)
Senator, transgender medicine is a very complex and nuanced field. And if confirmed to the position of Assistant Secretary of Health, I would certainly be pleased to come to your office and talk with you and your staff about the standards of care and the complexity of this field.

Senator Paul: (04:13)
Let it go into the record that the witness refused to answer the question. The question is a very specific one, should minors be making these momentous decisions? For most of the history of medicine, we wouldn’t let you have a cut sewn up in the ER, but you’re willing to let a minor take things that prevent their puberty and you think they get that back? You give a woman testosterone enough that she grows a beard, you think she’s going to go back looking like a woman when you stop the testosterone? You have permanently changed them. Infertility is another problem.

Senator Paul: (04:43)
None of these drugs have been approved for this. They’re all being used off label. I find it ironic that the left that went nuts over hydroxychloroquine being used possibly for COVID are not alarmed that these hormones are being used off label. There’s no long-term studies. We don’t know what happens to them. We do know that there are dozens and dozens of people who’ve been through this who regret that this happened and a permanent change happened to them. If you’ve ever been around children, 14-year-olds can’t make this decision. In the gender dysphoria clinic in England, 10% of the kids are between the ages of three and 10. We should be outraged that someone is talking to a three-year-old about changing their sex. I can’t [crosstalk 00:05:27].

Speaker 3: (05:26)
Thank you so much, Senator Paul. Senator Levine, thank you for answering the question. I will turn to Senator Baldwin.