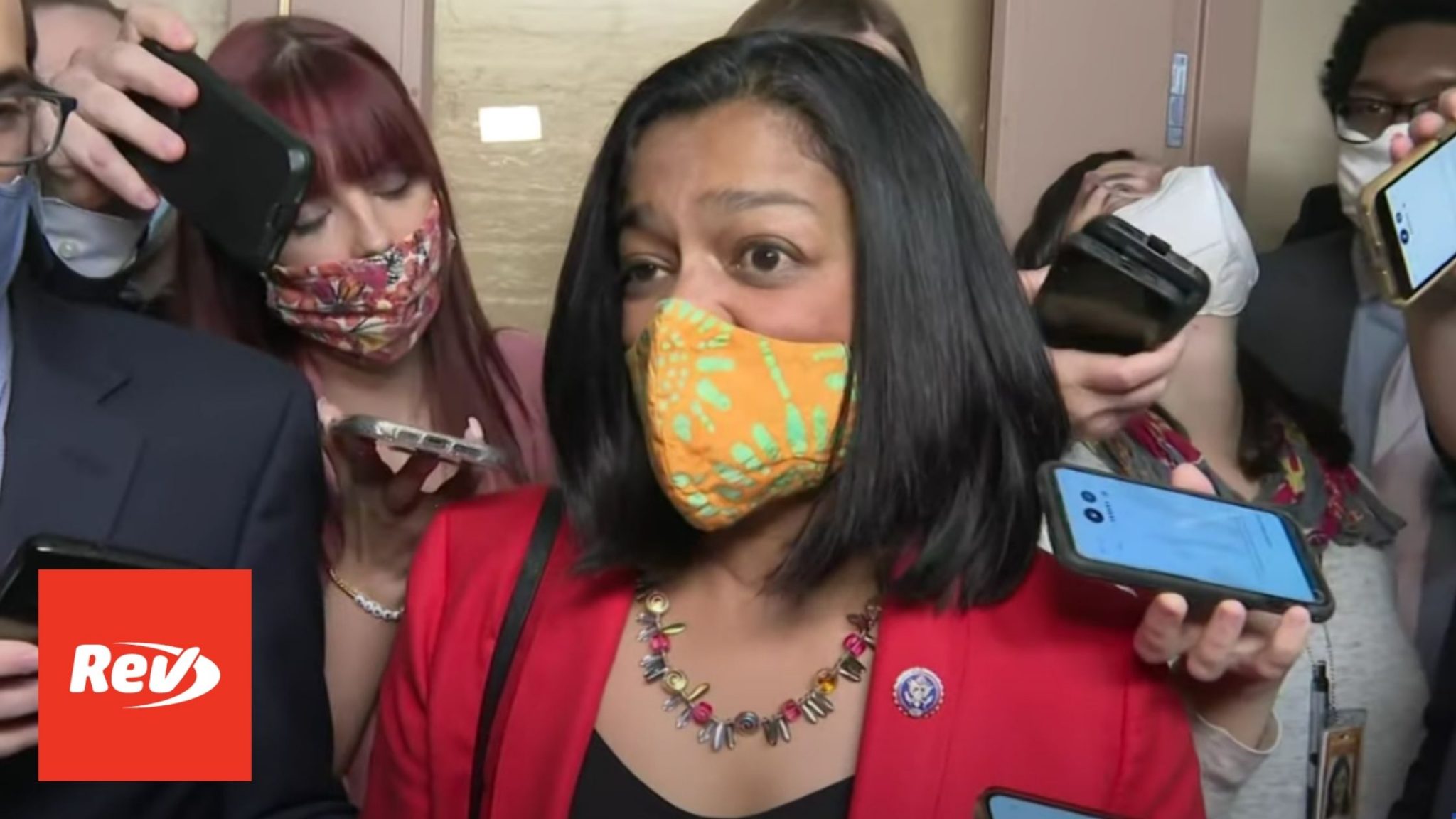 Progressive Caucus Chair Pramila Jayapal spoke to the press on October 1, 2021 about the bipartisan infrastructure bill and reconciliation package. Read the transcript of her remarks here.

Pramila Jayapal: (00:00)
What I have consistently said… Well, first of all, let me just start by saying I’m really proud of our caucus. We have been so united in standing up for the president’s agenda in really making sure that we don’t leave behind women who need childcare, families who need paid leave, communities that need us to address climate change, housing, immigration. These are the things we’re fighting for in the Build Back Better Agenda. And it’s the president’s agenda. And I know the White House deeply appreciates that we’re fighting for the president’s agenda. Second, I think as we’ve said from the beginning, we have been waiting for an offer to counter the three and a half trillion that is on the table. And we understand that we’re going to have to get everybody on board in order to be able to close this deal. So we’re waiting for that.

Pramila Jayapal: (00:52)
And I believe that there are really good conversations happening at the White House with those senators on what that offer is going to be. So until we get that, we don’t have anything to say about numbers. So if you ask me about whether I’m willing to accept a number or not, there’s no number on the table and I’m not negotiating against myself. And then the third thing is just for those of you who have asked me what I need or what our caucus needs in terms of moving forward, I have consistently said that we need a vote in the Senate because I want to make sure that there are no delays, that there are no mix ups, that there are no mixed understandings about what the deal is. And so that’s what I’ve been saying. I am open to hearing what other options there are for that.

Pramila Jayapal: (01:39)
But I am very concerned about legislative language holding things up, vote-a-rama changing the deal. And those are the things that have to be addressed along with the content. So it’s both content and process, and we’re working through all of that now. And I feel positive. I mean, I really believe we’re still going to deliver on both of these things. The entirety of the president’s agenda to his desk.

Pramila Jayapal: (02:06)
The timeline, I’ve said before that Monday was arbitrary. I told my friends, Josh and others, that they shouldn’t back themselves into a corner because if we weren’t there, we weren’t there. This is the legislative process. It has to work itself out. Hopefully it will be soon. We’re going to work, I’m not going anywhere, I’m staying in Washington, DC. I’m going to do all the work can to get it done. Hopefully it can be soon, but we’ll work it through and see what the timeline is.

Pramila Jayapal: (02:34)
No, I don’t. Actually, you all didn’t believe me, but I kept saying, we’re not going to have a vote. And I kept telling her that we didn’t have the votes. And I knew she knew that. And also let’s just remember the speaker has been a great champion for this agenda. I mean, she has really been pushing this agenda and she and I have been in touch daily on it. And so, no, I don’t think she underestimated us. I think she was trying to do as much as she could to get this done, which I greatly appreciate.

Speaker 3: (03:02)
What do you think this meeting is going to be about in here? Is this going to be where you guys air your differences or is there going to be a resolution at the end of this?

Pramila Jayapal: (03:09)
No, I don’t think there’s going to be any resolution. Look, the resolution is not here in this caucus. The resolution is with two senators and the rest of the 98% of the democratic caucus. And so I think that’s where the discussion is. And we’ll see what offer we get. And I’ve been in close touch with the white house. I’ve spoken multiple times to them just since last night. So I feel very good about where we are and I feel very confident that we’re going to be able deliver both these things, but you’re going to have to give us some time because it does take time to put together these kinds of transformational investments.

Pramila Jayapal: (03:55)
I talk to Senator Sanders all the time. He’s a great friend and I think he’s to talk to him about how he feels, but I understand why he is, as I’ve said to you all, somebody said, “Are you angry?” I said, “I don’t get angry. I’m just here to deliver on the promise we made to the American people.”

Nicholas: (04:12)
Yeah. Congresswoman, do you think President Biden needs to be more involved here to try to iron out these differences?

Pramila Jayapal: (04:17)
Oh, I think President Biden is deeply involved. I can promise you that he is deeply engaged in trying to iron out these differences and I’m grateful to him for his leadership. First of all, for his agenda. Because again, this is the president’s agenda we’re fighting for. And secondly, for his involvement. The president has had a tremendous amount on his desk. Would I have preferred that he engaged sooner on the reconciliation bill? Sure. But we had a number of other issues come up and I feel like he’s really doing what he needs to be doing right now.

Speaker 6: (04:47)
Really quickly, I know you don’t want to talk about a number, but at some point you acknowledged that you may have to concede on that and come down.

Pramila Jayapal: (04:56)
Well, I think I’ve already said we have to get everybody on board.