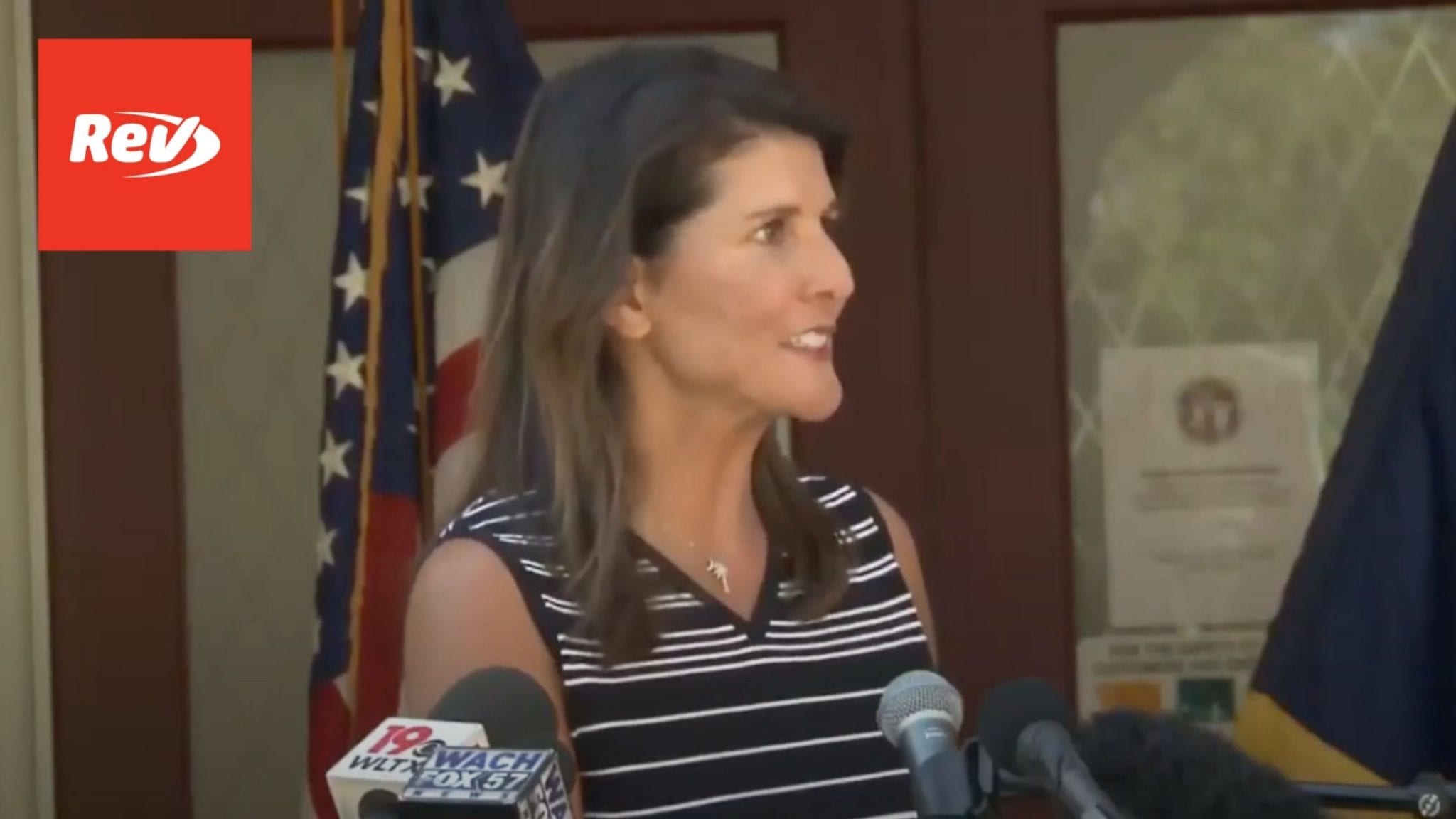 Nikki Haley told the press that she would not run for president against Donald Trump if he were to run again on April 12, 2021. Read the transcript of her briefing remarks here.

Speaker 1: (00:00)
So this past weekend, Former President Donald Trump had some pretty harsh words for fellow Republicans, Senate Minority Leader now, Mitch McConnell, as well as Former Vice President Mike Pence. Do you think that, that kind of action helps the party? Hurts the party? What do you make of that, as another leader within the GOP?

Nikki Haley: (00:16)
Well, I think President Trump’s always been opinionated. Just because he left being President, that’s not going to stop. But I think what he also talked about where all the successes that he had in the administration, and I think that’s what Republicans are uniting on. I mean, if you look at the whole situation, I mean, every day Biden and Kamala Harris are in office unites the Republicans based on the fact that he’s literally done multiple Trump reversals that have been harmful. So the President’s not going to change his style just because he left the President’s office. But the idea that he was able to say, “Let’s focus down. Let’s remember the things we fought for. Let’s keep on doing it because that’s a winning record to go forward,” I think was important.

Speaker 1: (00:59)
If he decide that he’s going to run, would that preclude any ran that you would possibly make yourself?

Nikki Haley: (01:04)
I would not run if President Trump ran. And I would talk to him about it. I mean, that’s something that we’ll have a conversation about at some point, if that decision is something that has to be made. But yeah, I would absolutely. I had a great working relationship with him. I appreciated the way he let me do my job. I thought we did some fantastically great foreign policy things together. And look, I just want to keep building on what we accomplished and not watch it get torn down.

Speaker 4: (01:43)
Biden’s budget blueprint came out on Friday, and some lawmakers were very quick to say it was weak on China and failed to confront that regime. Do you have any thoughts on that? Do you think it was weak on China? Did they fall short?

Nikki Haley: (01:54)
I think that he has shown that he has a sense of wanting to hold China to account. The only thing is it’s been very surface and I think we have to wait and see what he does. What he needs to understand is they’re building up their military stronger than before. They’ve got the largest naval fleet in the world. What they’re doing with the slavery that’s happening with the Uyghurs and the physical and sexual abuse, what’s he going to do to hold them to account? What’s he going to do about the hacks and the intellectual property theft that we continue to see? And is he going to support a boycott on the Olympics? I mean, when you look at the situation, really watching Biden go and hold Georgia to account when they expanded voter rights, and you’re not going to say anything about the slavery that’s happening in China. I mean, that’s the part that we’re all waiting for us. To do a sanction here, a sanction there is one thing, to really stick it to them and say, “We’re on to you, we’re going to hold you to account,” that’s very different.