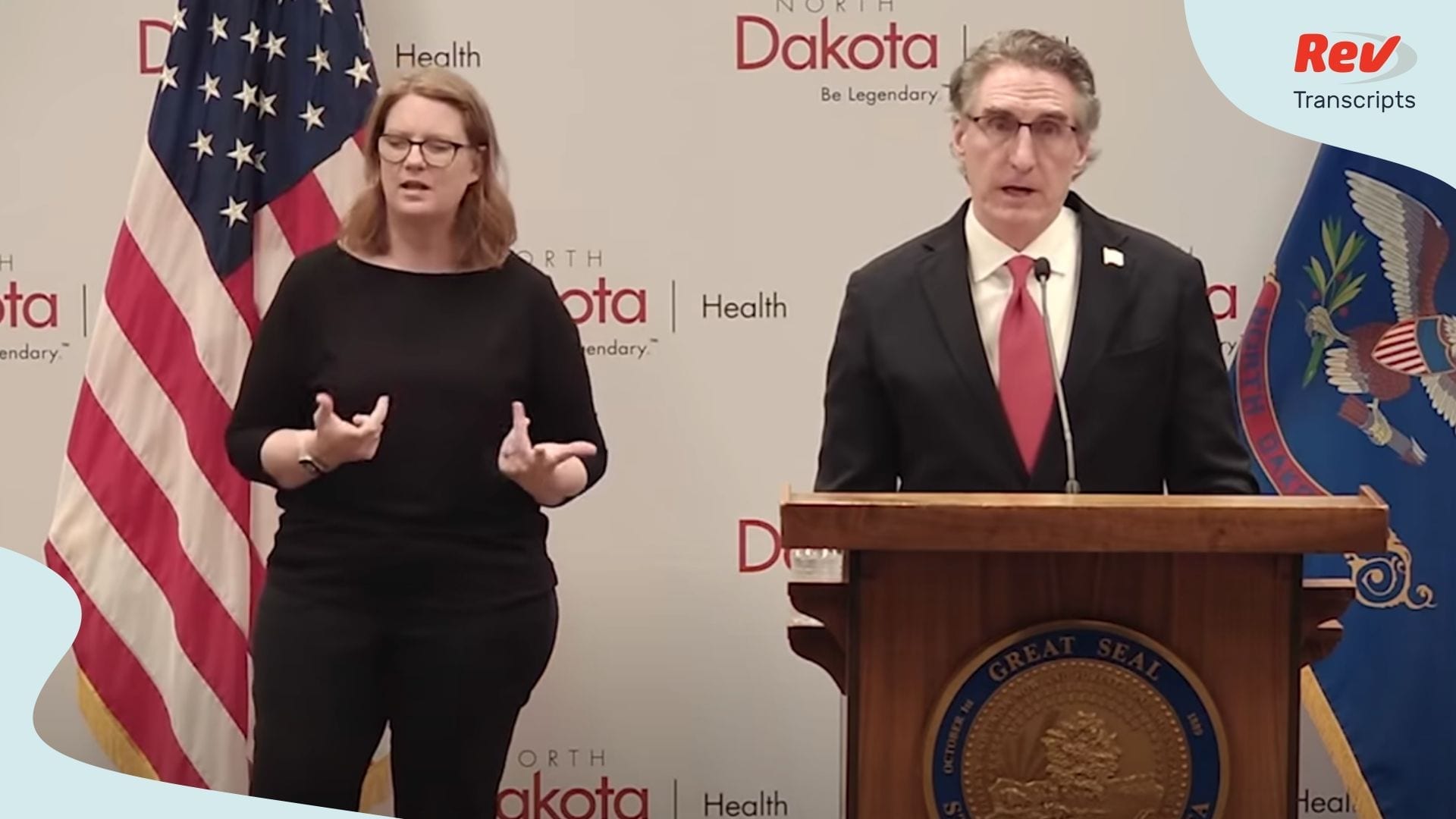 Governor Doug Burgum of North Dakota made an emotional plea for residents not to divide themselves over mask wearing, or shame people for wearing masks on May 23. Read the transcript here.

Doug Burgum: (00:01)
In our state there’s no requirements regarding wearing masks, and we’re all in this together, and there’s only one battle we’re fighting, and that’s the battle of the virus. I would really love to see in North Dakota that we could just skip this thing that other parts of the nation are going through, where they’re creating a divide, either it’s ideological, or political, or something, around mask versus no mask. This is a, I would say, senseless dividing line, and I would ask people to try to dial up your empathy and your understanding. If someone is wearing a mask they’re not doing it to represent what political party they’re in, or what candidates they support. They might be doing it because they’ve got a 5-year-old child who’s been going through cancer treatments. They might have vulnerable adults in their life who currently have COVID and they’re fighting.

Doug Burgum: (01:01)
So again, I would just love to see our state, as part of being North Dakota smart also be North Dakota kind, North Dakota empathetic, North Dakota understanding, to do this thing, because if somebody wants to wear a mask there should be no mass shaming. You should look at them and say, “That person’s wearing a mask because for them there’s additional risk in their life.” The first thing that somebody ought to assume is that they’re doing it because they’ve got people in their life that they love and that they’re trying to take care of. I just think let’s just start there.