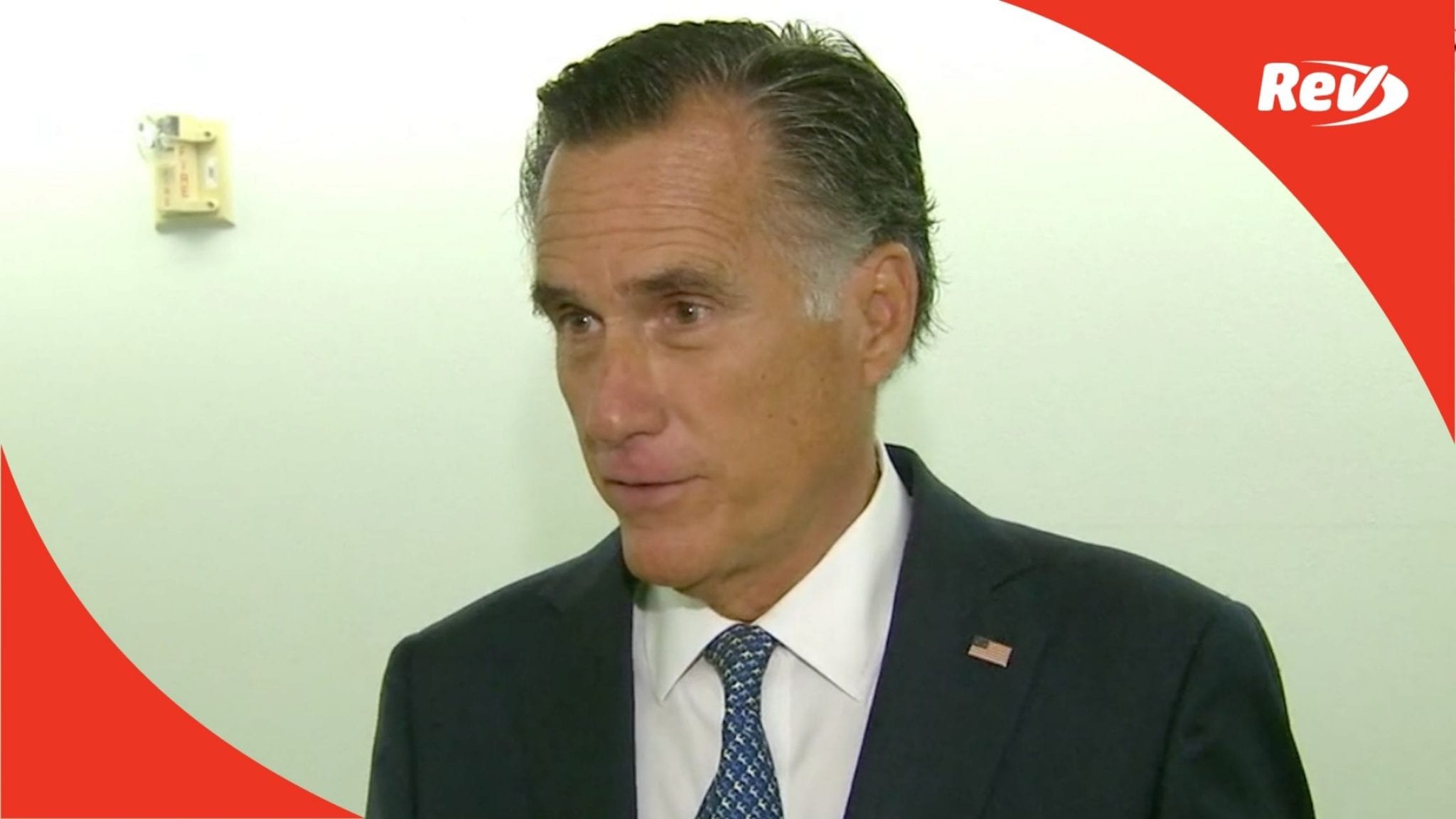 Senator Mitt Romney said he won’t block the Senate vote on Trump’s SCOTUS nominee. He said: “If the nominee reaches the Senate floor, I intend to vote based upon their qualifications.” Read the transcript of his September 22 remarks.

Speaker 2: (00:13)
Senator Romney, you know Supreme Court nominations take some time and there isn’t a lot of time before the election. Would you support a lame duck vote if Democrats win the majority?

Speaker 3: (00:41)
Would you be all right if the final vote was before the election? Would you have a problem with that?

Mitt Romney: (00:45)
Well, my statement applies to the current circumstance, which means the timing will be decided by the Judiciary Committee and the majority leader as to when it gets to the floor.

Mitt Romney: (01:01)
I’m not going to get into the particulars of who wins and who doesn’t.

Mitt Romney: (01:05)
There are many possibilities that we could go through. I’ve indicated that what I intend to do is to proceed with the consideration process and if a nominee actually reaches the floor, then I will vote based upon the qualifications of that nominee.

Mitt Romney: (01:46)
So the idea that the Merrick Garland decision was unfair and therefore it has to be made up by doing something, which also wouldn’t make a lot of sense, which is saying to President Trump, you can’t get your nominee either, that just doesn’t follow for me.

Speaker 2: (02:11)
Senator Romney, I know you said you will assess the nominee on his or her qualifications, but the President does have a list of 40 people out and he’s made it very clear that his nominee will always come from that list. Do you, have you studied everyone on that list? Would you support anyone on that list?

Mitt Romney: (02:49)
I haven’t reviewed her judicial record to this point and will look forward to doing so if she’s the nominee.