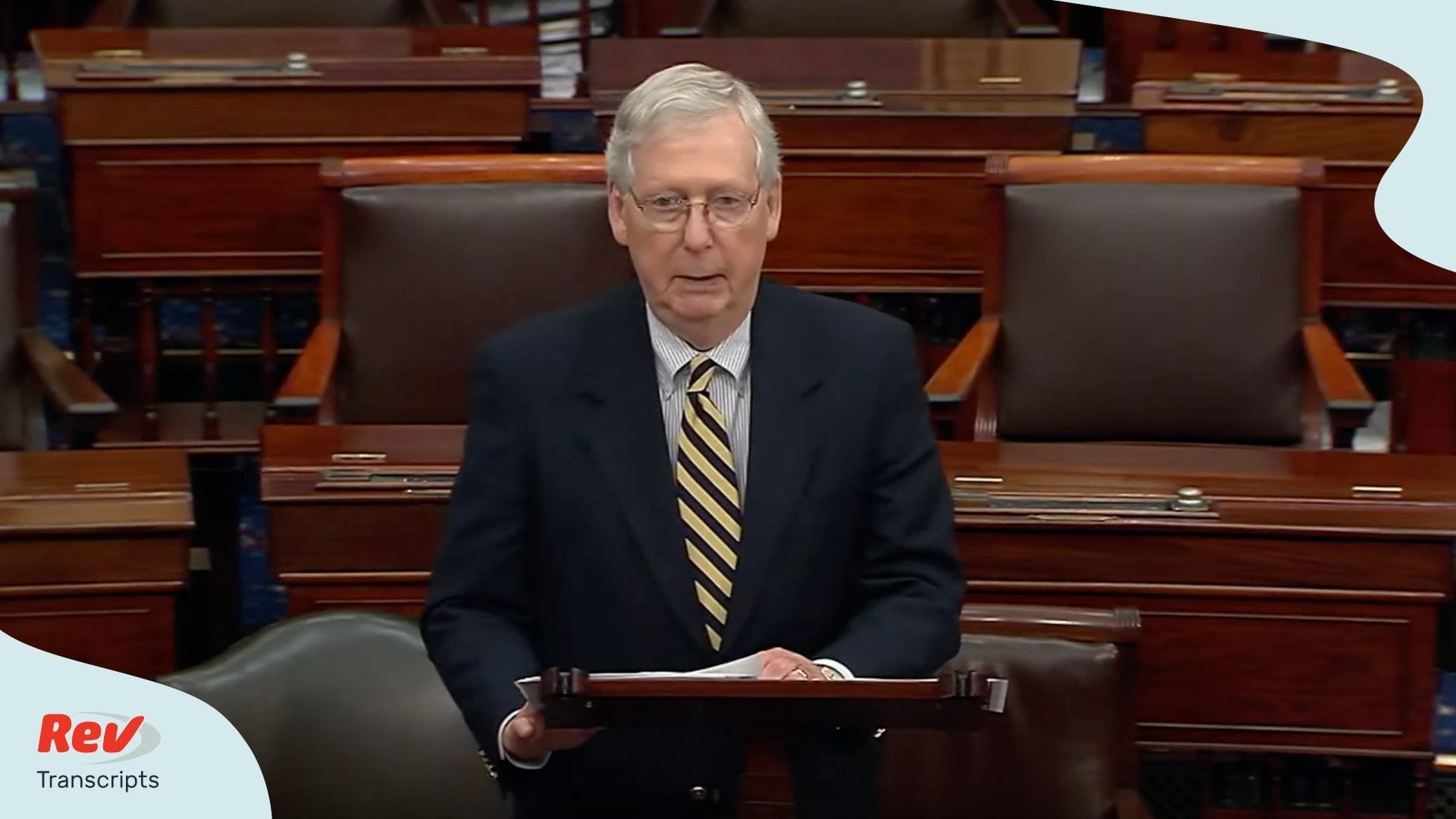 Majority Leader Mitch McConnell spoke on the Senate floor on March 22, accusing Democrats of “obstruction” after a vote to advance the COVID-19 relief bill failed to pass. Democrat minority leader Chuck Schumer said the bill had “many, many problems,” and that it “included a large corporate bailout provision with no protections for workers and virtually no oversight.”

Mitch McConnell: (00:00)
The American people are watching this spectacle. I’m told the futures market is down 5%. I’m also told that that’s when trading stops. So the notion that we have time to play games here with the American economy and the American people is utterly absurd. So I want to explain what just happened. Our good friends on the other side would not have been disadvantaged one bit if this vote had succeeded because it would have required potentially 30 more hours of discussion during which these seemingly endless negotiations could go on as long as they would like.

Mitch McConnell: (00:48)
Now the buildup to this, so everybody fully understands, is that we had a high level of bipartisanship in five different working groups over the last 48 hours where members who were participating were reaching agreement. And then all of a sudden the Democratic leader and the speaker of the house shows up and we’re back to square one.

Mitch McConnell: (01:20)
So we’re fiddling here: fiddling with the emotions of the American people, fiddling with the markets, fiddling with our healthcare. The American people expect us to act tomorrow and I want everybody to fully understand. If we aren’t able to act tomorrow, it’ll be because of our colleagues on the other side continuing to dicker when the country expects us to come together and address this problem. Now I’ll change my vote, which gives me the opportunity to move to reconsider at a later time. That’s all I can do in the face of this obstruction.

Mitch McConnell: (02:06)
Look, I can understand obstruction when you’re trying to achieve something. This obstruction achieves nothing, nothing whatsoever other than prevent us from getting into a position where there are literally 30 more hours that they could use to continue to dicker. So at a time when the country is crying out for bipartisanship and cooperation, and we saw that over the last forty eight hours when regular members of the Senate, not in the leadership office, not in the Speaker’s Office, for goodness’ sake she is the Speaker of the House, not the Speaker of the Senate, we don’t have one. We were doing just fine until that intervention.

Mitch McConnell: (02:54)
So I want the American people to fully understand what’s going on here. The markets are already reacting to this outrageous nonsense. We have an obligation to the American people to deal with this emergency and to deal with it tomorrow. And if we don’t, I want everybody to fully understand, you’ve seen everybody who’s on record. I’ve conspicuously avoided trying to turn this into any kind of partisan effort for two days, but it’s pretty clear what’s going on here and we’ll have this cloture vote again at some point of my choosing and hopefully some adults will show up on the other side of the room and understand the gravity of the situation and the need to act before the markets go down further and the American people become even more depressed about our lack of ability to come together under the most extraordinary circumstances.

Mitch McConnell: (04:08)
We’ve never been confronted with anything like this before. It’s totally different and we’re not immune to it in terms of the public health risks, Coronavirus has hit the Senate today as well. We have five members in self quarantine. So everybody understands the emergency, particularly when it hits close to home, it’s not just back in our states, but right here in the Senate. So I would say to my colleagues on the other side of the aisle, step up. Step up, help us reach an agreement so we can do what needs to be done for the American people no later than tomorrow.