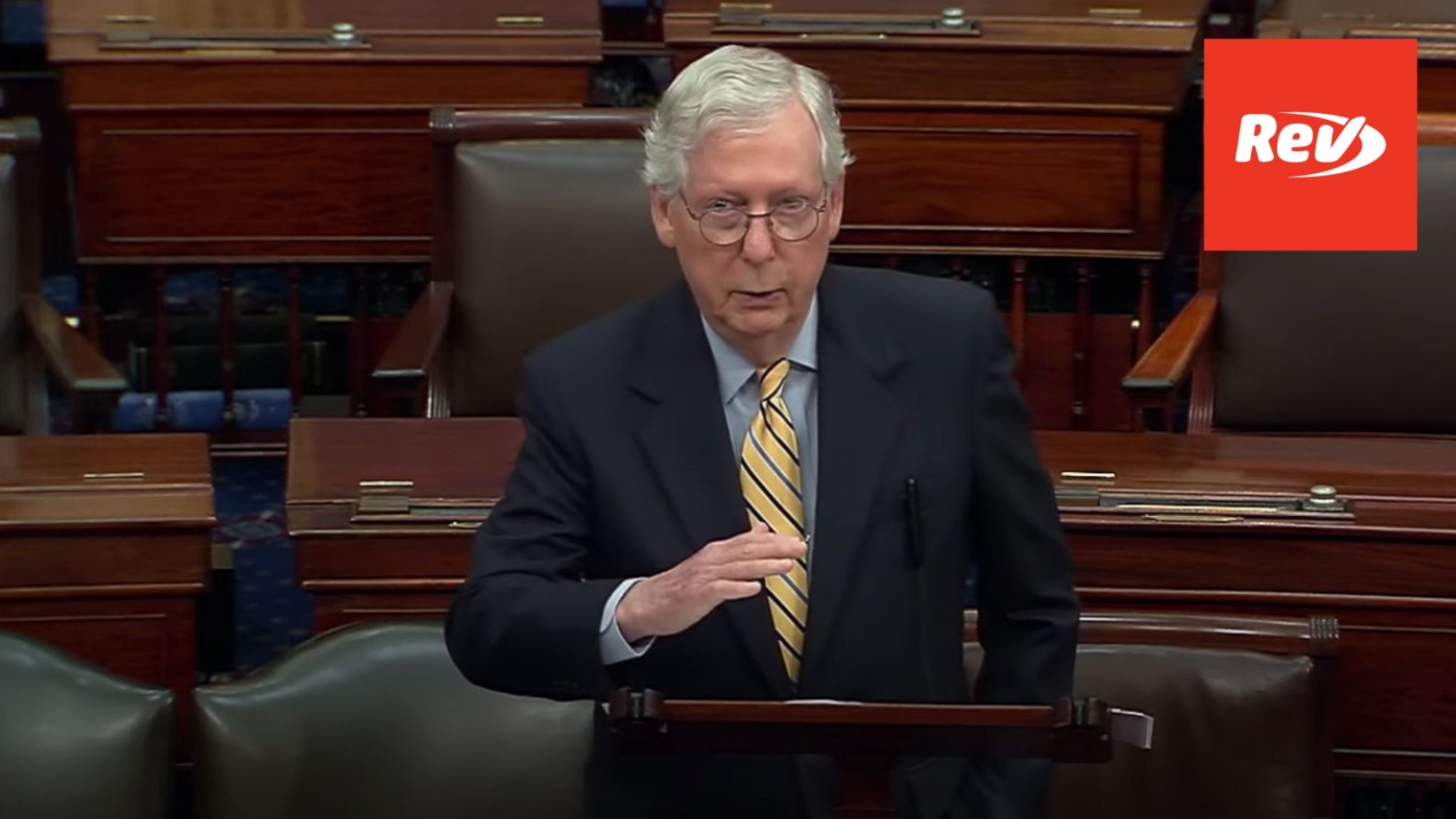 Senate Minority GOP Leader Mitch McConnell criticized Biden’s tax plan on September 21, saying “even communist China taxes their own businesses significantly less than President Biden and his allies want America to tax ours.” Read the transcript of the speech here.

Mitch McConnell: (00:09)
Ask consent that further proceedings and a quorum call be dispensed with.

Mitch McConnell: (00:12)
A senior house Democrat told us back in March of 2020, that COVID presented quote, “A tremendous opportunity to restructure things to fit our vision.” President Biden said last week that while this pandemic has been God awful for so many reasons, it does present us with an opportunity.

Mitch McConnell: (00:38)
The reckless taxing and spending spree that Washington Democrats are assembling behind closed doors would put more debt, more borrowing and more inflation on the shoulders of American families. It would make Washington DC dramatically more involved in families’ childcare, their health coverage, their local energy utilities, and on and on. There’s so many controversial changes being crammed into one mega bill that it must be a deliberate strategy. Try to achieve everything the far left has wanted for 20 years in one fell swoop before the country has time to realize what hit it.

Mitch McConnell: (01:24)
So today I’m going to focus on just one example. Let’s look at the tax hikes. A staggering historic set of tax hikes. Tax hikes on small business. Tax hikes on family farms. Tax hikes on Americans that would shatter the pledge to spare people earning less than $400,000 a year. Tax hikes that would put even more Americans into unfair double taxation of the death tax. Massive taxes on the US economy that would give us one of the least competitive tax structures in the developed world. For example, even communist China taxes their own businesses significantly less than President Biden and his allies want America to tax ours. Tax hike after tax hike, after tax hike. A smothering wet blanket thrown onto an economy that is already struggling to fully recover because of the inflation and worker shortages that Democrats’ policies have already unleashed.

Mitch McConnell: (02:37)
So when you add it all up, Democrats want to ram through one of the largest peacetime tax hikes on record, if not the single largest. So let me say that again. Behind closed doors, Washington Democrats are drafting what may very well be the largest peacetime tax hike that our country has literally ever seen. But this isn’t to say that nobody gets a leg up in this bill. So listen to this. Somehow, mysteriously, many of the Democrats’ favorite groups and special interests come out just fine. Isn’t that fascinating? Example, their legislation would allow ordinary Americans charitable deduction on top of the standard deduction to expire. But they’d replace it with a brand new tax break of almost exactly the same dollar amount for union dues that go to big labor. So you take out a charitable deduction for regular Americans, put in a new one for union dues that would benefit big labor. They’re scrapping America’s extra deduction for donating to charity and replacing it with a special subsidy for union dues for big labor. Really, you can’t make this stuff up. Sorry, Red Cross, sorry local churches and houses of worship. Sorry, soup kitchens, Democrats think the Teamsters and the SDIU need the money more than you do.

Mitch McConnell: (04:12)
And they aren’t the only group that Democrats favor who literally make out like bandits. Look at high income earners in coastal blue states. The bill that raises taxes on everything that moves somehow, somehow makes room for a special gigantic tax cut for wealthy people who choose to live in high tax states. More than half the benefit of the so-called salt policy would go to the top 1% of households.

Mitch McConnell: (04:41)
There’s also a special tax break for people who choose to purchase expensive electric cars. You got the picture. Make US industry less competitive than China in order to massively subsidize the coastal cosmopolitan lifestyle. That’s what the Democrats want. This bill would also create a new national dragnet for ordinary Americans’ banking information. Community banks and credit unions would be hammered with new requirements to report to the feds whenever citizens make transactions, listen to this, in excess of $600. Community banks and credit unions would have new requirements to report to the federal government whenever citizens make transactions in excess of $600. Big brother wants to peer into America’s bank accounts. Here’s how one local Kentucky letter described this concept to me, quote, “A flagrant violation of privacy and offense to Liberty.” That pretty well sums it up.

Mitch McConnell: (05:56)
So, huge tax hikes on Americans, expensive giveaways for coastal elites and new government snooping, snooping into families’ finances. So, Mr.President, that’s just one corner of this reckless taxing and spending spree that should never see the light of day.