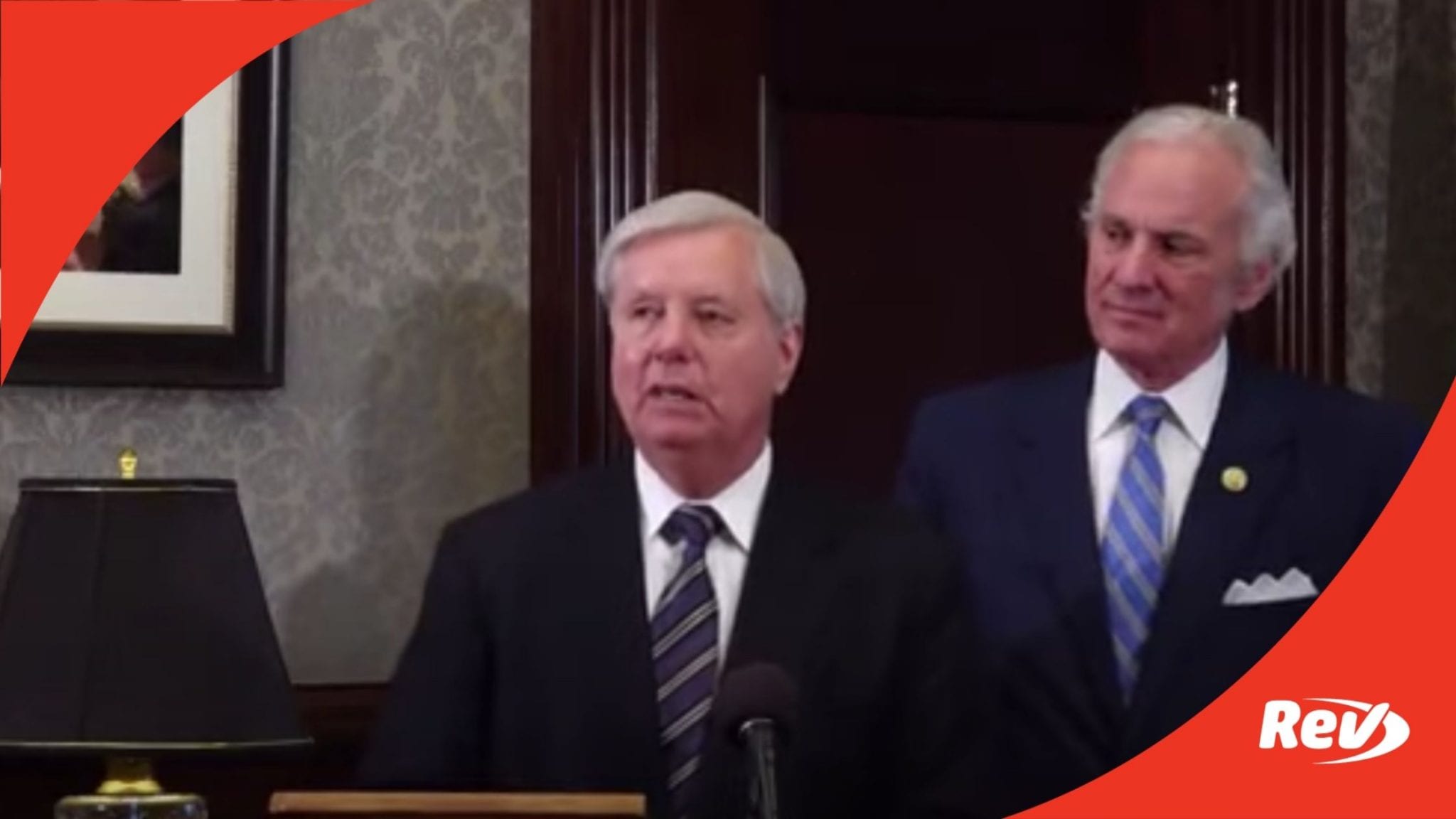 Senator Lindsey Graham gave remarks about the filibuster and the new voting bill in Georgia on April 6, 2021. Read the transcript of his speech here.

Speaker 1: (00:01)
And, Senator Graham, you’ve mentioned in the past, especially after January 6th, that Joe Biden is in the White House right now. He is the standing president. There are still some South Carolinians who do question in federal elections. To that, what do you say? And to anything that there was actually not only people that were supporters of then President Trump who were there on January 6th?

Senator Lindsey Graham: (00:23)
Well, number one, I voted to certify the election results. Under our Constitution, the role of the Congress is to basically to count the electoral votes certified by the states. When there’s a conflict in a state electoral, when you have two sets that are contrary to each other, then Congress has a role trying to figure it out. But I certified. I voted to certify the election results in Georgia.

Senator Lindsey Graham: (00:49)
Having said that the consent decree where you really didn’t have to have a signature before you applied for the ballot was problematic. They have signature verification problems in Georgia that were obvious to me. But they went to court and the system worked and Joe Biden won the election. What I’m worried about is 2022. I’m worried about this becoming law. If this becomes law, you’re going to undermine the integrity of the ballot box to where it will be hard to convince the average American this is on the up and up. Because the average American, regardless of party, believes you should be able to prove you are who you are.

Senator Lindsey Graham: (01:27)
The first thing in this bill that just boils me over is that there is no longer a requirement for voter ID. It’d be illegal to do it. What does redistricting have to do with voting integrity? That’s a power grab? What does the six to one money match have to do with voting integrity? Act Blue raises a lot more money than the Republicans can raise on the democratic side. So, they’re trying to take the advantage they have through these small dollar donors and leverage it through the federal law. What does ballot harvesting have to do with improving integrity at the ballot box? It’s a way to gather people’s votes in a system that I think is very nefarious.

Senator Lindsey Graham: (02:07)
So, this is a power grab. This is not about making it easier to vote. This is not about anything other than trying to consolidate power on terms most advantageous to the liberal left. We’re not going to put up with it in South Carolina. And I hope Joe Manchin will hang tough because Senator Manchin represents one of the most conservative states in the union. And I can’t believe that people in West Virginia would put up with this. I can tell you, having been all over the state, people in South Carolina are just shocked that the federal government would even be contemplating this. Not only are we contemplating it, we’re one or two votes way, Henry, from this happening.

Senator Lindsey Graham: (02:47)
They’re willing to change the filibuster rule, which I have opposed changing. We had the House. We had the Senate. We had the White House. President Trump was tweeting every day against me and McConnell, “Change the filibuster rules so we can pass anything we want as Republicans.” I said, “No.” Because the Senate is different. It ought to be a place to slow things down, to build a bipartisan consensus. 27 Democrats, governor signed a letter with me to Mitch McConnell and Senator Schumer when we were in charge of everything, urging us as Republicans not to change the filibuster rule. I signed that letter. There were 61 of us. Those same people, where are they now? It sounds a lot like me voting for their judges and they’re destroying Kavanaugh. Well, I’m pretty tired of that.

Senator Lindsey Graham: (03:35)
So, all these Democrats that were urging us to maintain the integrity of the Senate are now willing to change the rules for this one bill. They understand, if they can pass H.R.1 it would be the biggest change in the way we vote beneficial to the radical left in the history of the country. And I’m hoping that a few senators on the other side will not play this game. And I’m hoping that the State House will urge the delegation not to be part of passing H.R.1.

Speaker 4: (04:05)
The voter ID department you keep talking about, it doesn’t ban states requiring it. It says that they have to also let the voters, if they don’t have ID, sign sworn affidavits under oath testifying-

Senator Lindsey Graham: (04:16)
Oh, what possibly could happen with that? This is a joke. The reason they’re trying to stop… I am willing, and I’m sure Henry would be too. We’ll give everybody an ID. I don’t want to put a burden on anybody. If you don’t have an ID, we will get you one so you can vote. So, this is eroding the voter identification requirement. What’s wrong with asking people to have an ID to prove you are who you are when you vote? You have to have it when you go to the airport, and Democrats are talking about a vaccine passport. They’re wanting you to have a document to prove you’ve had a vaccine to be able to conduct business in the country and to travel, but they don’t want you to be able to prove you are who you are. So, it’s pretty obvious to me this is not about voter integrity. It’s about a power grab.