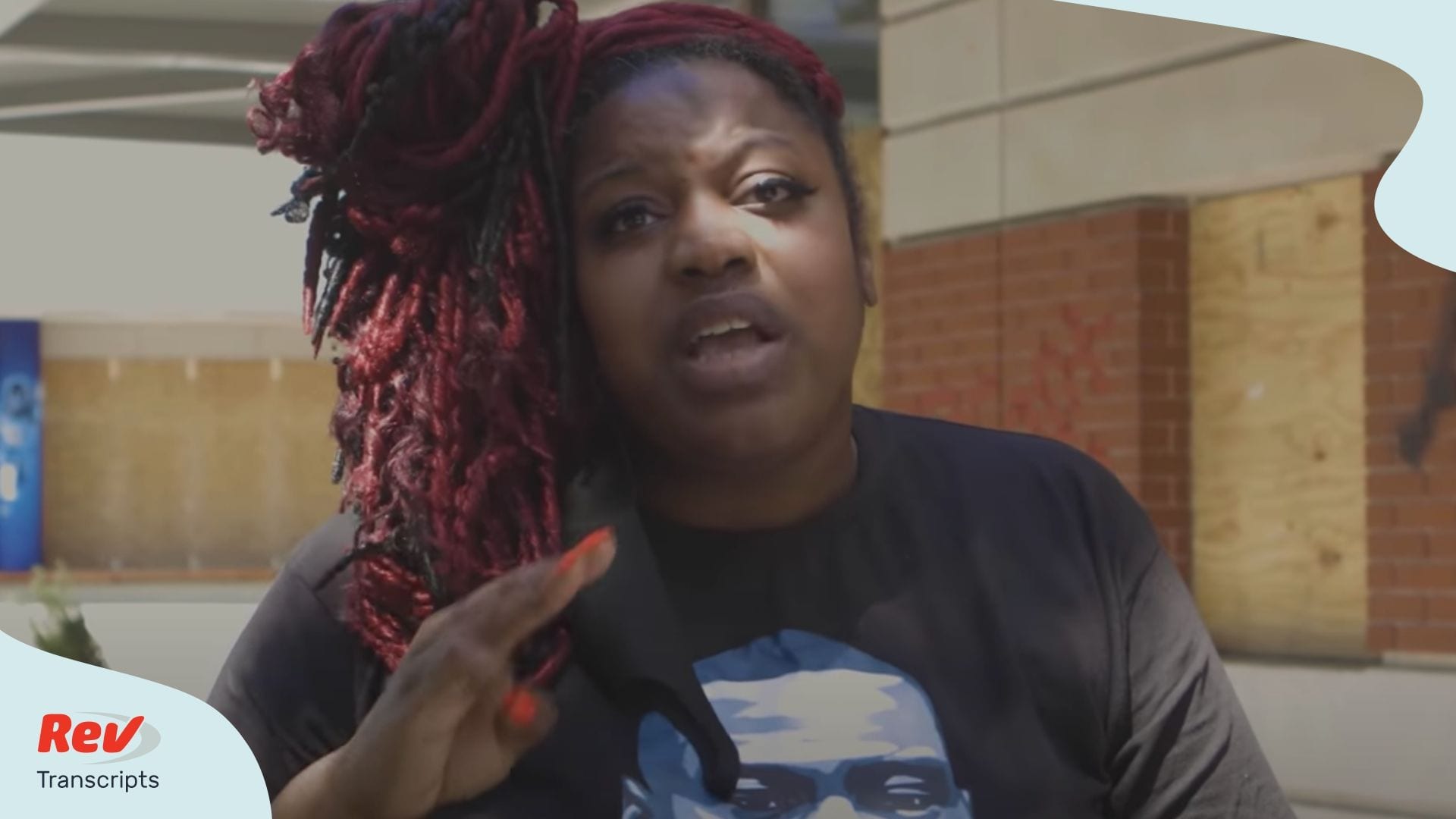 Kimberly Latrice Jones released a video talking about the Black Lives Matter protests, inequality, and police brutality. Her video picked up popularity after it was shown to close out the June 7 Last Week Tonight with John Oliver episode.

Kimberly Jones: (00:55)
The protesters are there because they actually care about what is happening in the community. They want to raise their voices, and they are there strictly to protest. You have the rioters who are angry, who are anarchists, who really just want to f*** shit up, and that’s what they’re going to do regardless. And then you have the looters. And the looters almost exclusively are just there to do that, to loot.

Kimberly Jones: (01:38)
Okay. Well then, let’s go with that. Let’s say that’s what it is. Let’s ask ourselves why, in this country in 2020, the financial gap between poor blacks and the rest of the world is at such a distance that people feel like their only hope and only opportunity to get some of the things that we flaunt and flash in front of them all the time is to walk through a broken glass window and get it, that they are so hopeless that getting that necklace, getting that TV, getting that change, getting that bed, getting that phone, whatever it is that they’re going to get, is that in that moment, when the riots happen and if they present an opportunity of looting, that’s their only opportunity to get it.

Kimberly Jones: (03:49)
So that’s 450 years. So for 400 rounds of Monopoly, you don’t get to play at all. Not only do you not get to play, you have to play on the behalf of the person that you’re playing against. You have to play and make money and earn wealth for them, and then you have to turn it over to them. So then for 50 years you finally get a little bit and you’re allowed to play. And every time that they don’t like the way that you’re playing, or that you’re catching up, or that you’re doing something to be self-sufficient, they burn your game. They burn your cards. They burn your Monopoly money. And then finally at the release and the onset of that, they allow you to play, and they say, “Okay, now you catch up.”

Kimberly Jones: (04:31)
Now, at this point, the only way you’re going to catch up in the game is if the person shares the wealth, correct? But what if every time you shared the wealth, then there’s psychological warfare against you to say, “Oh, you’re an equal opportunity hire.” So if I played 400 rounds of monopoly with you and I had to play and give you every dime that I made, and then for 50 years, every time that I played, if you didn’t like what I did, you got to burn it like they did in Tulsa and like they did in Rosewood, how can you win? How can you win?

Kimberly Jones: (05:05)
You can’t win. The game is fixed. So when they say, “Why do you burn down the community? Why do you burn down your own neighborhood?” It’s not ours. We don’t own anything. We don’t own anything. Trevor Noah said it so beautifully last night. There’s a social contract that we all have, that if you steal, or if I steal, then the person who is the authority comes in and they fix the situation. But the person who fixes the situation is killing us. So the social contract is broken. And if the social contract is broken, why the f*** do I give a shit about burning the f***ing Football Hall of Fame, about burning a f***ing Target?