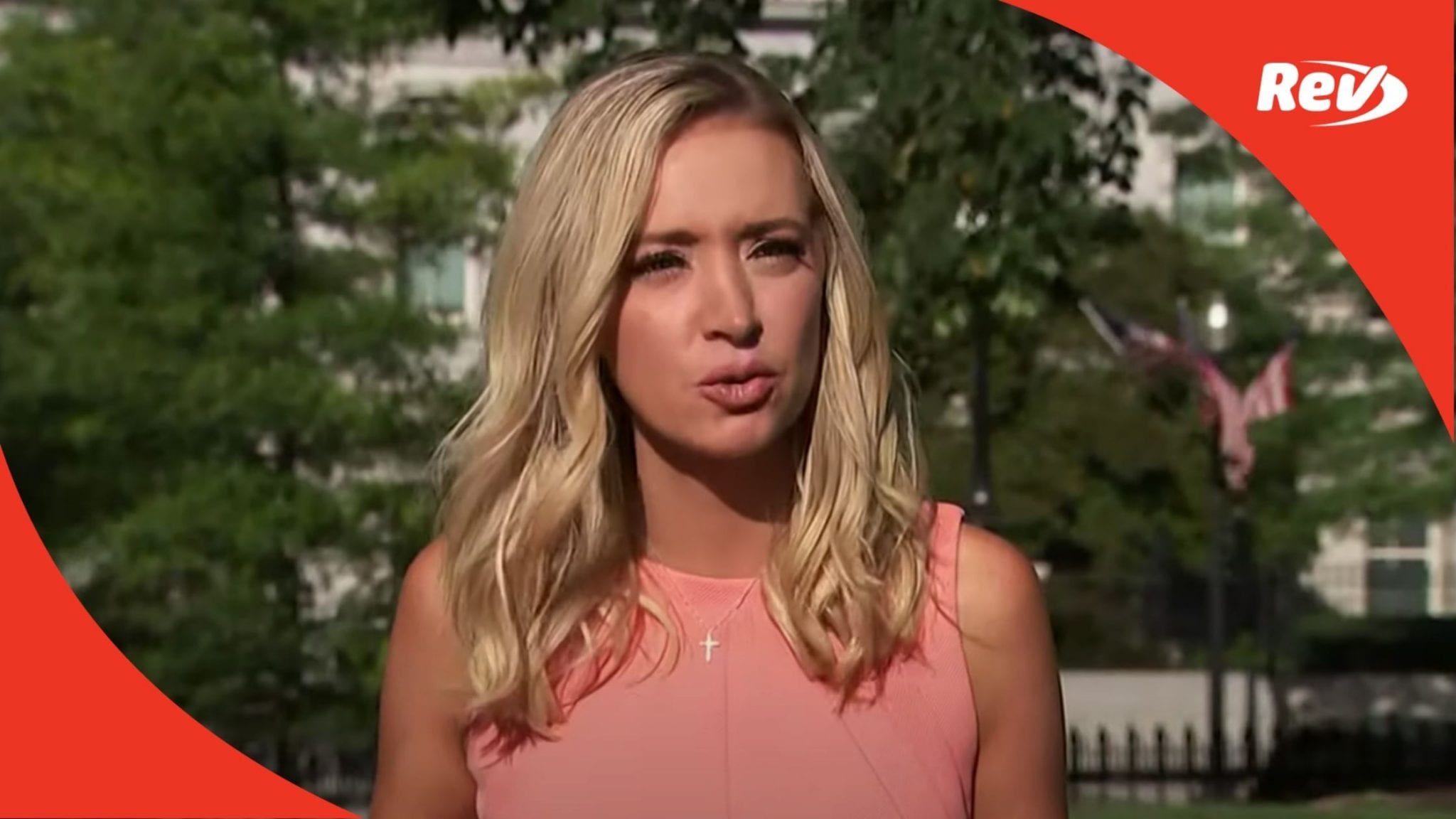 Reporter 1: (00:00)
So first question is, has the president had any communications yet with Senator McConnell, any Senate Republicans, about next steps, how to move forward?

Kayleigh McEnany: (00:09)
Not that I’m aware of. Right now, the president is squarely focused on honoring the legacy of Justice ruth Bader Ginsburg. Justice Scalia was really the lion of the court, and Justice Ginsburg was the lioness. They were notably friends, but they’ve left a mark on this court and on this country that will never be forgotten.

Kayleigh McEnany: (00:30)
We’re mourning for her family. And the president last night, said she was an amazing woman, and that’s what we’re focused on today.

Reporter 3: (00:37)
[inaudible 00:00:37] women. There’s a lot of talk already about Amy Coney Barrett. Does this administration feel, the White House, think that maybe a woman justice would be a better bet [crosstalk 00:00:45] the election?

Reporter 4: (01:14)
I take your point about how you say you’re not there yet, but Senate Majority Leader Mitch McConnell has said that he attempts [inaudible 00:01:19] nominating, confirming, never of President Trump nominating. Why won’t Republicans honor Justice Ginsburg’s dying wish [inaudible 00:01:29] the next president

Kayleigh McEnany: (01:30)
Look, we’re aware of McConnell’s statement, but right now, we’re honoring the legacy of Ruth Bader Ginsburg. The flag is at half staff, rightfully so. Important to note, just as a woman, what this means for the country, what her legacy means for the country.

Reporter 5: (02:17)
When exactly did the president learn of Justice Ginsburg’s passing? Was he briefed by the staff last night after the rally?

Kayleigh McEnany: (02:20)
So, I was not there. One of the few trips I did not go on with him. He did not know about it on the stage. I believe he found out from journalist. Whether he found out on the way to the gaggle, I’m not entirely sure. But I know for a fact, because I was talking with staff on the ground, he was unaware of it until getting off the stage.

Kayleigh McEnany: (02:41)
I’ll leave that to him. But you know, this president is very transparent. He, I’m sure, will be taking questions from reporters today. He’ll be in North Carolina. I think, six of the seven next days, he’ll be traveling. So you’ll be hearing from him in short order and can ask him all of those questions. Thank you, guys, very much. Have a great and wonderful day. Yes.