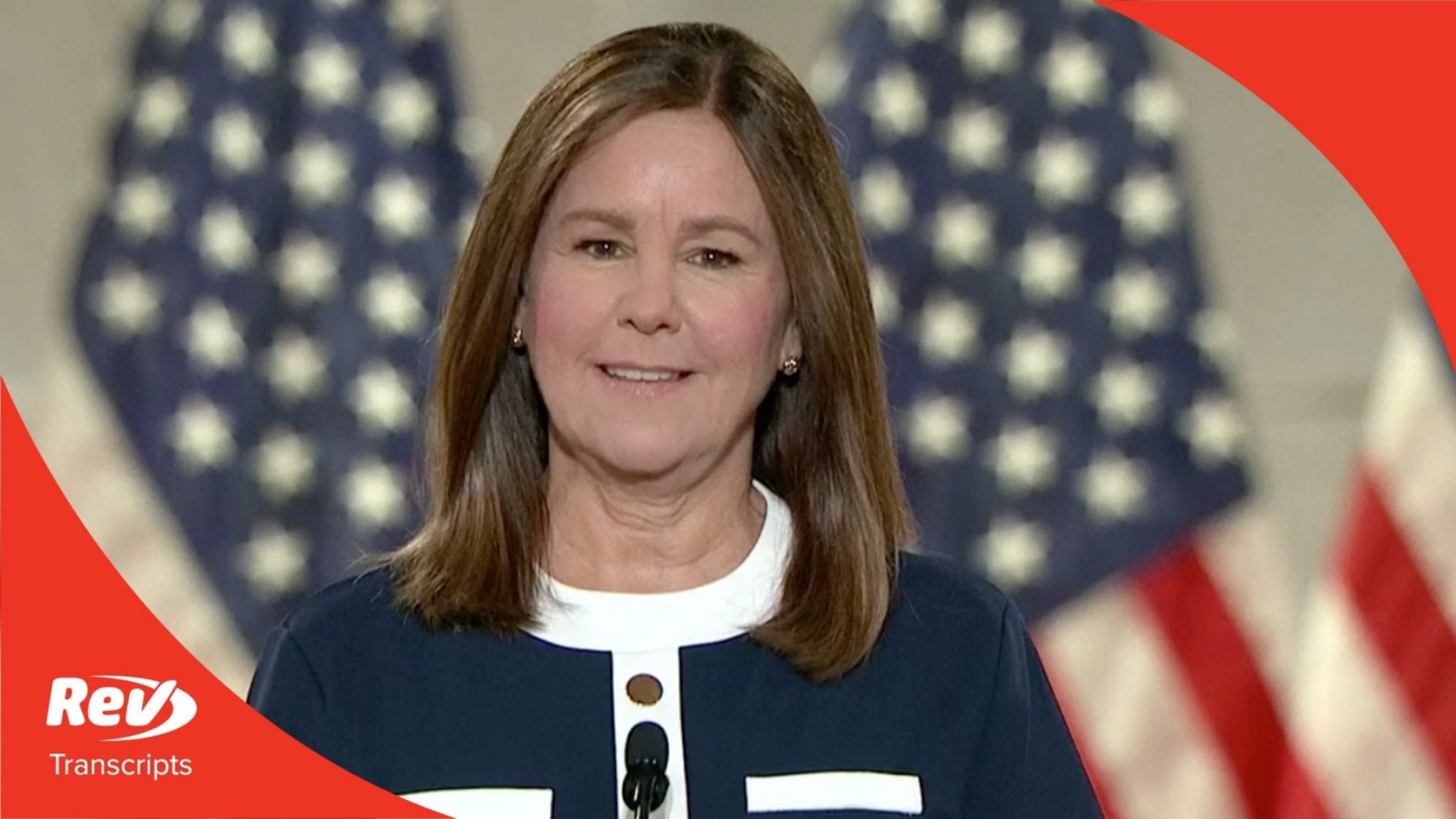 Karen Pence: (00:02)
100 years ago today, the 19th Amendment was adopted into the United States Constitution, guaranteeing women the right to vote. Because of heroes like Susan B. Anthony and Lucy Stone, women today, like our daughters Audrey and Charlotte, and future generations, will have their voices heard and their votes count. The women’s suffrage movement was the gateway that led to women having the opportunities to achieve monumental milestones and accomplish significant achievements in both civic and governmental roles.

Karen Pence: (00:41)
This evening, we look at heroes in our land. As Second Lady of the United States for the past three and a half years, I have had the honor of meeting many heroes across this great country. The Pences are a military family. Our son Michael serves in the United States Marines, and our son-in-law Henry serves in the US Navy. One of my key initiatives is to elevate and encourage military spouses. These men and women, like our daughter Charlotte and our daughter-in-law Sarah, are the home front heroes.

Karen Pence: (01:22)
I have been privileged to hear so many stories of selfless support, volunteer spirit, and great contributions to the Armed Forces and our communities. Military spouses may experience frequent moves and job changes, periods of being a single parent while their loved one is deployed, all while exhibiting pride, strength, and determination, and being a part of something bigger than themselves. To all of the military spouses, thank you.

Karen Pence: (01:58)
President Trump and Vice President Pence have been supporting our United States Armed Forces, including our military families, on a significant scale. While traveling throughout our nation to educate military spouses about policy solutions that President Trump has promoted involving real, tangible progress in military spouse employment, I have been inspired to meet heroes like Lisa Bradley and Cameron Cruz. These military spouses decided to start their own business, R. Riveter, named after the Rosie the Riveter campaign used to recruit women workers during World War II. R. Riveter makes beautiful handbags designed and manufactured exclusively by military spouses. Many of those spouses live all over the country. They prepare and send their section of the bags to the company located in North Carolina, where the final product is assembled.

Karen Pence: (03:04)
Military spouse hero Jilan Hall-Johnson in Billings, Montana, is a culinary artist who had dreamed of starting her own restaurant. Working with the Small Business Administration’s Development Center, Jilan started her restaurant, The Sassy Biscuit. And she just opened a second restaurant in Dover, New Hampshire.

Karen Pence: (03:29)
As the Second Lady, I’ve also been able to bring awareness to a form of therapy for our heroic veterans suffering from PTSD. Art therapy, facilitated by a professional art therapist, is especially effective with post-traumatic stress disorder. Master Gunnery Sergeant Chris Stowe, a Marine veteran I met in Tampa who deployed for combat in Iraq and Afghanistan, said nothing had helped him deal with the trauma from his service in the Marines until he finally agreed to meet with the art therapist at Walter Reed Medical Center. Chris credits art therapy with saving his marriage and his life. Chris went on to establish a glassblowing workshop to help other vets.

Karen Pence: (04:22)
Many of our veteran heroes struggle as they transition back into civilian life, and sometimes the stress is too difficult to manage alone. A few weeks ago, I had the honor of speaking with some amazing Americans who answer the Veteran’s Crisis Line. One in particular, Sidney Morgan, especially impacted me. A veteran herself, Sidney said it is the highest honor of her life, until they physically walk into a clinic to receive help they deserve, and she can pass their hand to someone ready to help.

Karen Pence: (05:03)
In these difficult times, we’ve all seen so many examples of everyday Americans reaching out a hand to those in need, those who in humility have considered others more important than themselves. We’ve seen healthcare workers, teachers, first responders, mental health providers, law enforcement officers, grocery and delivery workers, and farmers, and so many others. Heroes all.