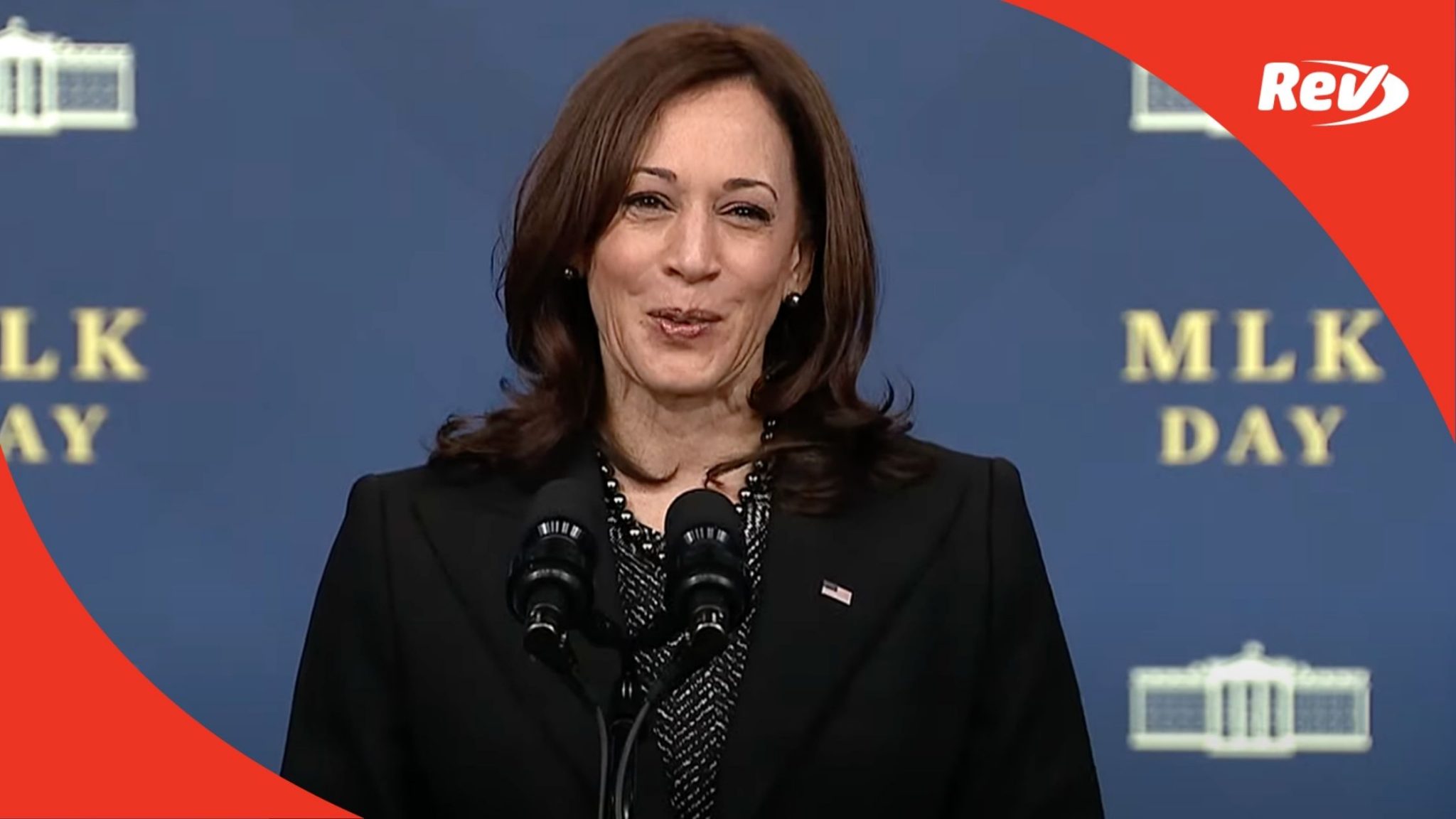 Kamala Harris: (00:00)
Dear Dr. Bernice King, thank you for that introduction and for all that you do every day in your role of leadership. And thank you for the invitation to address this most distinguished group of leaders. I also want to thank presiding Bishop Michael Curry, pastor Sam Collier, and all those taking the stage today for sharing your words and your wisdom, and encouraging us to fight on, born out of the optimism that we must hold grounded in our faith. I also want to thank members of Congress who are there and part of this important occasion, including your own Reverend Raphael Warnock, and the members of our administration who are part of this, state and local leaders, activist, and organizers, for coming together on this very special day in this most special place.

Kamala Harris: (00:55)
As some of you know, last week I was honored to once again, visit your historic sanctuary together with members of the King family. And it is an honor to be with you today as our nation remembers the Reverend Dr. Martin Luther King Jr. As has been said, as is known throughout the world, Dr. King was a prophet. He was a prophet in that he saw the present exactly as it was and the future as it could be. And he pushed our nation toward that future. Dr. King pushed even as his character was maligned, he pushed even as his family’s life was threatened, he pushed even as his own life was in jeopardy. He pushed for racial justice, for economic justice and for the freedom that unlocks all others, the freedom to vote.

Kamala Harris: (02:03)
Today, our freedom to vote is under assault. In Georgia and across our nation anti voter laws are being passed that could make it more difficult for as many as 55 million Americans to vote. 55 million Americans, that is one out of six people in our country. And the proponents of these laws are not only putting in place obstacles to the ballot box, they are also working to interfere with our elections, to get the outcomes they want and to discredit those they do not. That is not how democracies work. We know the threat we face, we know that this assault on our freedom to vote will be felt by every American in every community in every political party. We know that if we stand idly by our entire nation will pay the price for generations to come.

Kamala Harris: (03:19)
I’m reminded of the words of Dr. King’s partner, a great American leader and his partner in the struggle, yes, Coretta Scott King, who said freedom is never really won. You earn it and win it in every generation. So many in this state have worked tirelessly to protect our democracy. You have registered voters, you have organized on college campuses and in senior living communities at coffee shops and cookouts, you have worn out the souls of your shoes going door-to-door to get out the vote. And last week, the President and I visited Atlanta to deliver a message, it is time for the United States Senate to do its job. A landmark bill, as we all know, sits before the United States Senate, The Freedom to Vote John R. Lewis Act. This bill represents the first real opportunity to secure the freedom to vote since the United States Supreme Court gutted the Voting Rights Act nearly a decade ago. And the Senate must pass this bill now.

Kamala Harris: (04:39)
It was more than 55 years ago that men, women and children marched from Selma to Montgomery to demand the ballot. When they arrived at the state capital in Alabama, Dr. King decried what he called normalcy, the normalcy, the complacency that was denying people, the freedom to vote. As Dr. King said, the only normalcy he would accept is the normalcy that recognizes the dignity and worth of all God’s children. Today we must not be complacent or complicit, we must not give up and we must not give in. To truly honor the legacy of the man we celebrate today we must continue to fight for the freedom to vote for freedom for all. Thank you all. May God bless you and may God bless America. Have a good morning. 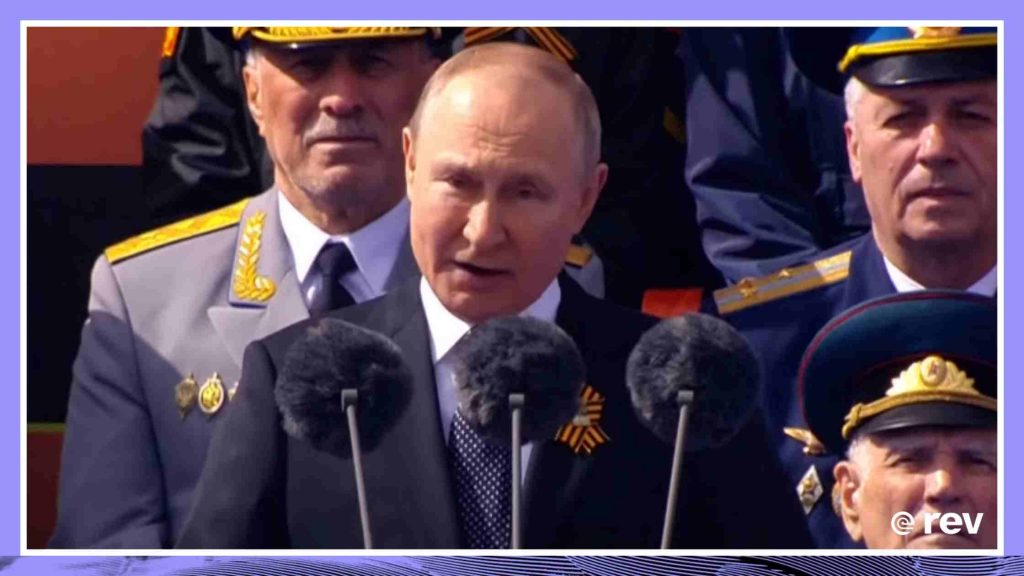 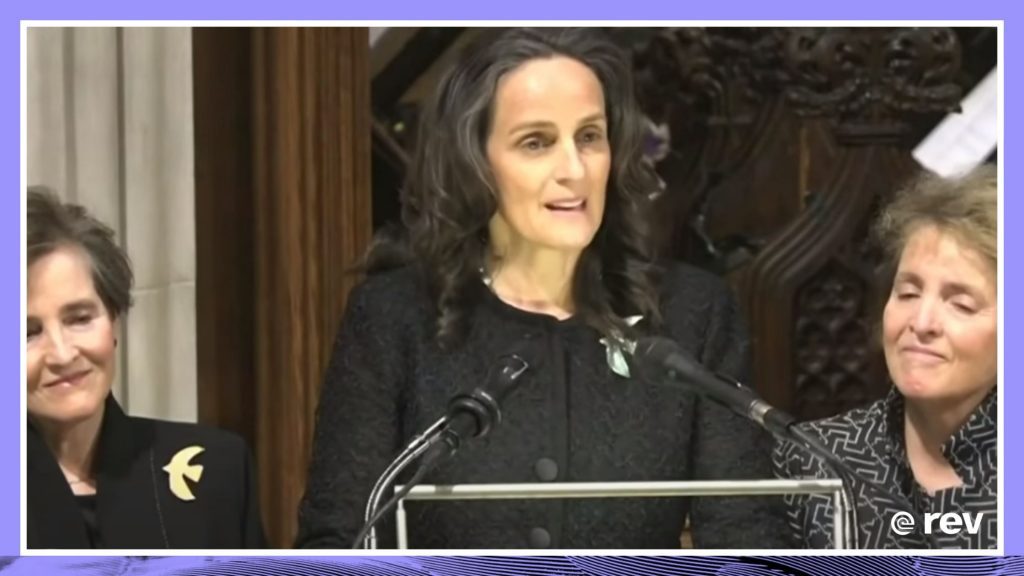 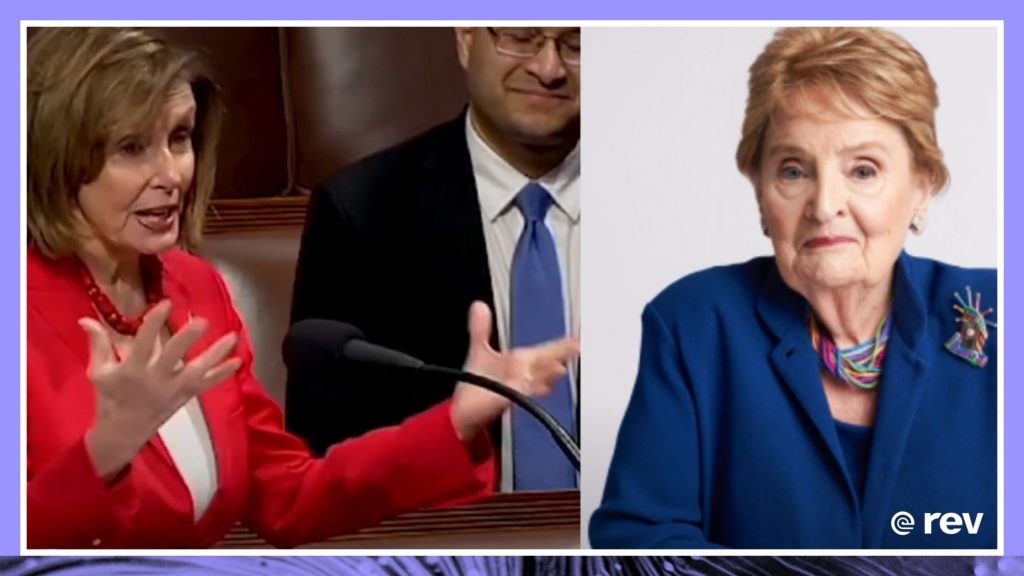