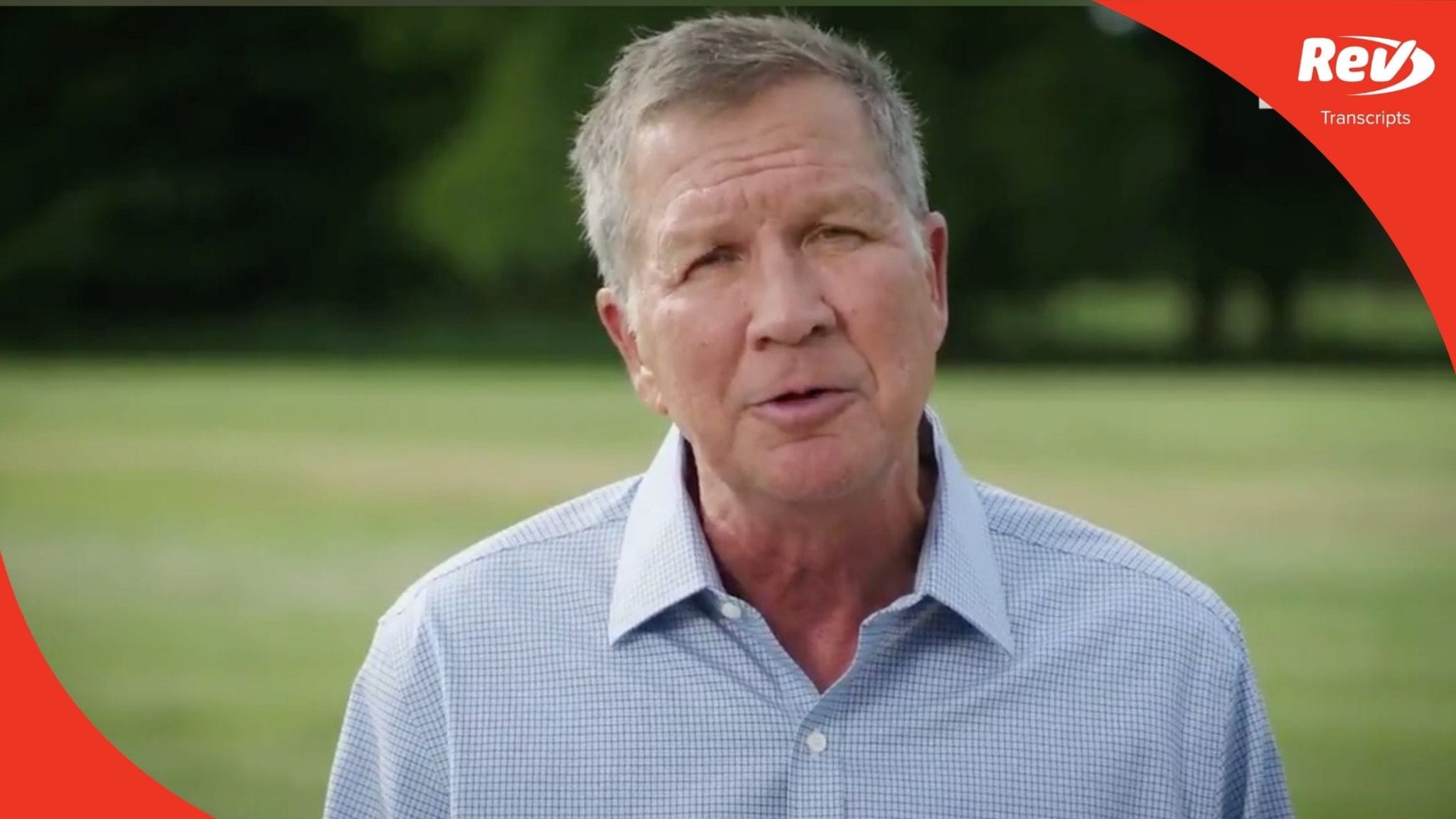 Former Governor of Ohio John Kasich’s speech at the Democratic National Convention (DNC) on August 17. Read the transcript of his remarks here.

John Kasich: (00:00)
America is at a crossroads. Sometimes elections represent a real choice, a choice we make as individuals and as a nation about which path we want to take when we’ve come to challenging times. America is at that crossroads today. The stakes in this election are greater than any in modern times. Many of us have been deeply concerned about the current path we’ve been following for the past four years. It’s a path that’s led to division, dysfunction, irresponsibility, and growing vitriol between our citizens. Continuing to follow that path will have terrible consequences for America’s soul because we’re being taken down the wrong road by a president who has pitted one against the other. He’s unlike all of our best leaders before him who worked to unite us to bridge our differences and lead us to a united America.

John Kasich: (00:54)
I’m a lifelong Republican, but that attachment holds second place to my responsibility to my country. That’s why I’ve chosen to appear at this convention. In normal times, something like this would probably never happen, but these are not normal times. I’m proud of my Republican heritage. It’s the party of Lincoln who reflected its founding principles of unity and a higher purpose. But what I have witnessed these past four years belies those principles. Many of us can’t imagine four more years going down this path, and that’s why I’m asking you to join with me in choosing a better way forward.

John Kasich: (01:35)
I believe the best of America lies ahead, but only when we rediscovered our shared belief in the United States of America, for our children’s future, which can be bright, hopeful, and inspired if we choose to make it so. I’ve known Joe Biden for 30 years. I know his story of profound grief that is so deeply effected his character. I know Joe is a good man, a man of faith, a unifier, someone who understands the hopes and dreams of the common man and the common woman, a man who can help us to see the humanity in each other. He knows that the path to a restored and rejuvenated America lies in respect and unity and a common purpose for everyone.

John Kasich: (02:23)
Yes, there are areas where Joe and I absolutely disagree, but that’s okay, because that’s America. Because whatever our differences, we respect one another as human beings, each of us searching for justice and for purpose. We can all see what’s going on in our country today and all the questions that are facing us and no one person or a party has all the answers. But what we do know is that we can do better than what we’ve been seeing today, for sure. I know that Joe Biden with his experience and his wisdom and his decency can bring us together to help us find that better way.

John Kasich: (03:04)
I’m sure there are Republicans and independents who couldn’t imagine crossing over to support a Democrat. They fear Joe may turn sharp left and leave them behind. I don’t believe that, because I know the measure of the man, he’s reasonable, faithful, respectful, and you know no one pushes Joe around. Joe Biden is a man for our times, times that call for all of us to take off our partisan hats and put our nation first for ourselves, and of course for our children. When America chooses the right path and pulls together like we’ve done so many times before, yeah, we can dream big dreams and we can see the top of the mountain as a United States of America with a soul that is a beacon of freedom to the entire world.