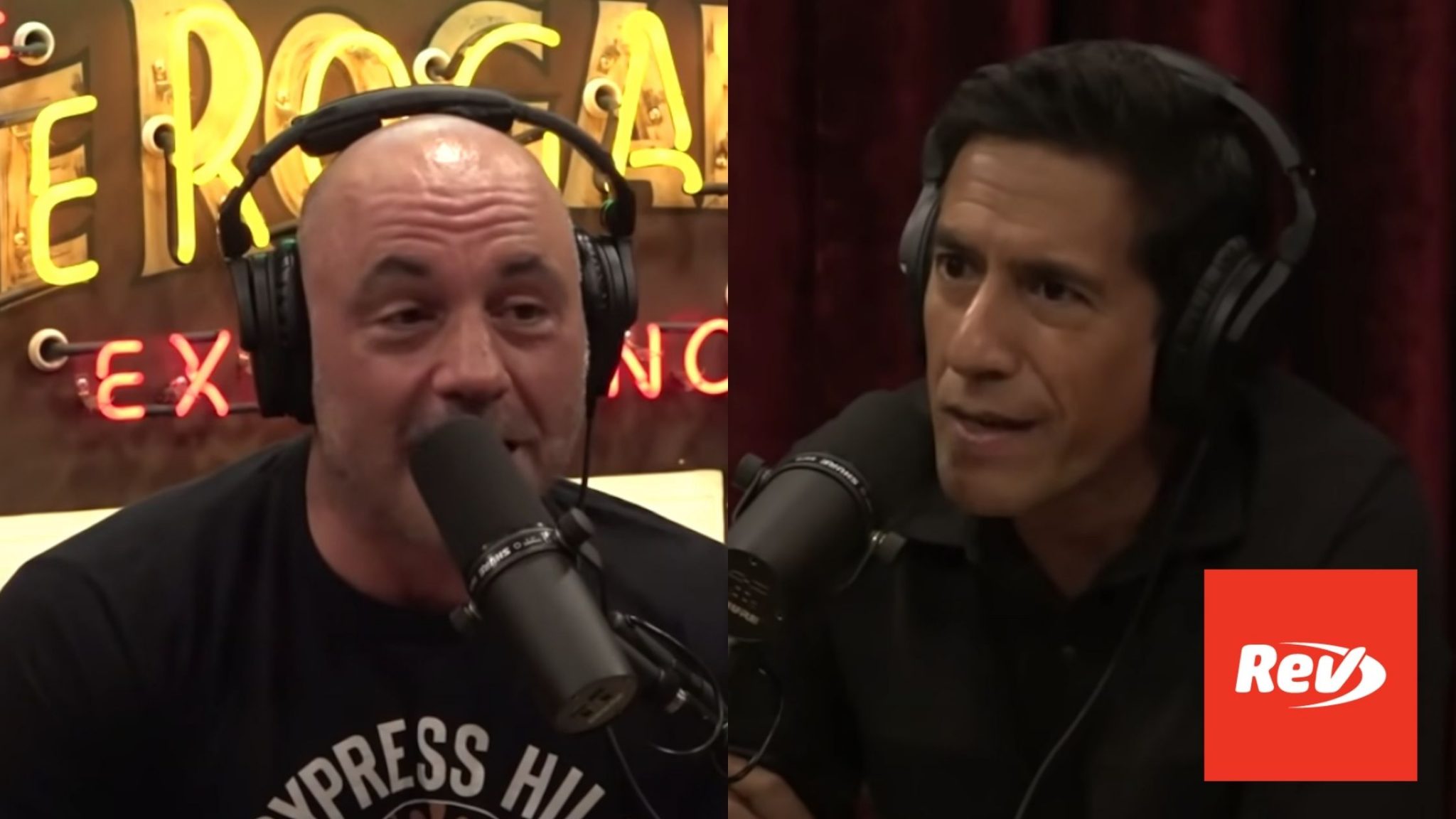 Joe Rogan interviewed CNN’s Sanjay Gupta on his podcast. They argued about CNN’s reporting on Joe Rogan using Ivermectin as a COVID-19 treatment. Read the transcript.

Joe Rogan: (00:09)
Because I have better immunity than I would if I was vaccinated, right?

Joe Rogan: (00:16)
So why, if I’ve already gotten through COVID, and I was really only sick for a day and then five days later, I was negative. And I do have the natural antibodies now, why would I take a chance in getting vaccinated on top of that?

Joe Rogan: (00:35)
The rest of them are all lying about me taking horse medication. We should talk about that.

Joe Rogan: (00:40)
It should bother you, too. They’re lying at your network about people taking human drugs versus drugs for veterinary-

Sanjay Gupta: (00:46)
Calling it a horse dewormer is not a flattering thing, I get that.

Joe Rogan: (00:48)
It’s a lie. It’s a lie on a news network, and it’s a lie that’s a willing… That’s a lie that they’re conscious of. It’s not a mistake. They’re unfavorably framing it as a veterinary medicine.

Sanjay Gupta: (01:02)
Well, the FDA put this thing out, you saw that. Did you see that thing that the FDA put out?

Sanjay Gupta: (01:09)
It was a tweet and it was snarky, I admit it. They said, “You are not a horse, you are not a cow, stop taking this stuff,” or something like that.

Joe Rogan: (01:15)
Why would you say that when you’re talking about a drug that’s been given out to billions and billions of people, a drug that was responsible for one of the inventors of it making the-

Joe Rogan: (01:27)
A drug that has been shown to stop viral replication in vitro. You know that, right? Why would they lie and say that’s horse dewormer? I can afford people medicine, motherfucker. This is ridiculous. It’s just a lie.

Joe Rogan: (02:08)
They lied and said I was taking horse dewormer. First of all, it was prescribed to me by a doctor, along with-

Sanjay Gupta: (02:17)
If you got a human pill, because there were people that were taking the veterinary medication and you’re not, obviously. You got it from a doctor, so it shouldn’t be called that. Ivermectin can be a very effective medication for parasitic disease and as you say, it’s probably… I think, what? A quarter billion people have taken it around the world. I get that.

Joe Rogan: (02:44)
Before we get to that, does it bother you that the news network you work for out and out lied? Just outright lied about me taking horse dewormer.

Sanjay Gupta: (03:01)
I didn’t ask. I should have asked before coming on your podcast.

Erin Burnett: (03:24)
Rogan telling his 13 million Instagram followers that he was treated with several drugs, and he included Ivermectin on the list, a drug used for livestock. The FDA and the CDC warn against using it to treat COVID.

Joe Rogan: (03:42)
So we immediately threw the kitchen at it. All kinds of meds.

Joe Rogan: (03:44)
Did you see the original video versus that? I look like shit there.

Sanjay Gupta: (04:29)
Well, see, here’s the thing. You can have nuanced discussions about this, right?

Joe Rogan: (04:34)
We can’t have nuanced discussions about lying about someone taking horse dewormer.

Joe Rogan: (04:51)
That’s one thing they didn’t report on, the fact that I was negative five days later, and working out six days later. Six days after infection, I was back in the gym.

Sanjay Gupta: (05:05)
Most of the people I know I think would be glad that you… I don’t think that there’s any-

Sanjay Gupta: (05:28)
The concern was… Look, just the nuanced part of this, and you’re not taking a horse dewormer. I get it. You got that as a legitimate medication from a pharmacy.