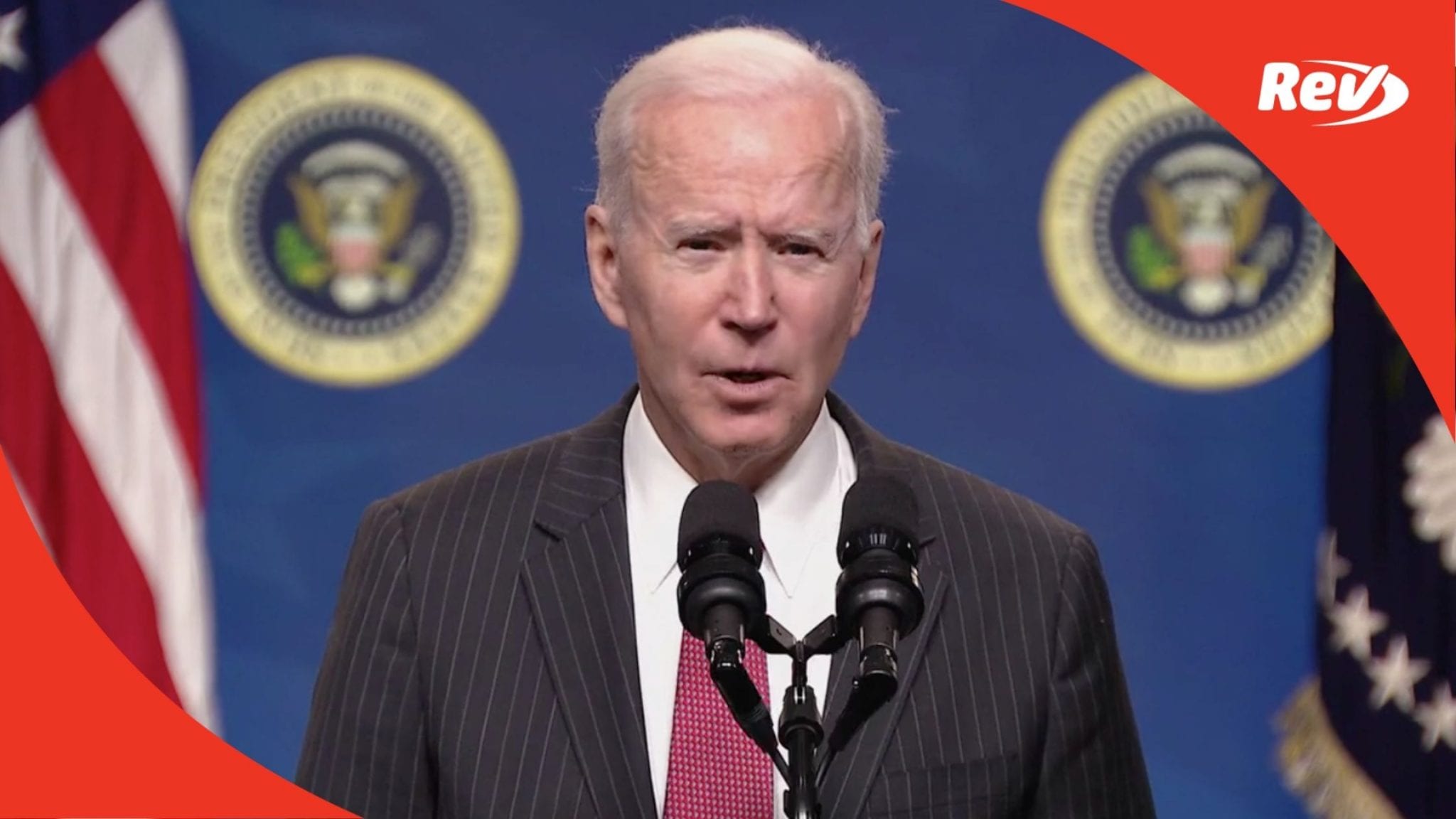 President Joe Biden announced sanctions for the military coup leaders in Myanmar on February 10, 2021. Read the transcript of his speech remarks here.

Joe Biden: (00:00)
Say good afternoon everyone. I want to give you an update on the latest, regarding our response to the military coup in Burma. As you know, the assault on Burma’s transition to democracy remains an issue of deep bipartisan concern. We’ve consulted at length for example, with Senator McConnell, who is at a very keen interest in this and his team. And we welcome their helpful insights. We’ve also been in close contact with our allies and partners around the world, particularly in the Indo-Pacific region, driving vigorous diplomatic outreach to help coordinate an international response to what happened. The strong and unified message emerging from the United States has been essential in our view to encourage in other countries to join us in pressing for immediate return to democracy. Last week, the United States helped bring together the UN Security Council, which issued a strong statement in support of Burmese democracy.

Joe Biden: (00:56)
And this week, we will use our renewed engagement on the Human Rights Council to strengthen the world’s commitment to human rights in Burma. Today, I again call on the Burmese military to immediately release the democratic political leaders and activists and they’re now detaining including Aung San Suu Kyi and also Win Myint, the president. The military must relinquish power it seized and demonstrate respect for the world and the people of Burma as expressed in their November 8th election. So today, I’m announcing a series of actions that we’re taking to begin imposing consequences on the leaders of the coup. The US government is taking steps to prevent the generals from improperly having access to the $1 billion in Burmese government funds held in the United States. And today, I’ve approved a new executive order… Excuse me. A new executive order or enabling us to immediately sanction the military leaders who directed the coup, their business interest, as well as close family members.

Joe Biden: (02:08)
We will identify a first round of targets this week and we’re also going to impose strong exports controls. We’re freezing US assets that benefit the Burmese government while maintaining our support for healthcare, civil society groups, and other areas that benefit the people of Burma directly. And finally, as protests grow, violence against those asserting their democratic rights is unacceptable and we’re going to keep calling it out. The people of Burma are making their voices heard and the world is watching. We’ll be ready to impose additional measures and we’ll continue to work with our international partners to urge other nations to join us in these efforts. So I thank you all. I wanted to have that statement before I got in the vehicle to go out to the Pentagon and I’m sure I’ll see some of you at the Pentagon. Thanks for coming over in such short notice. Thank you.