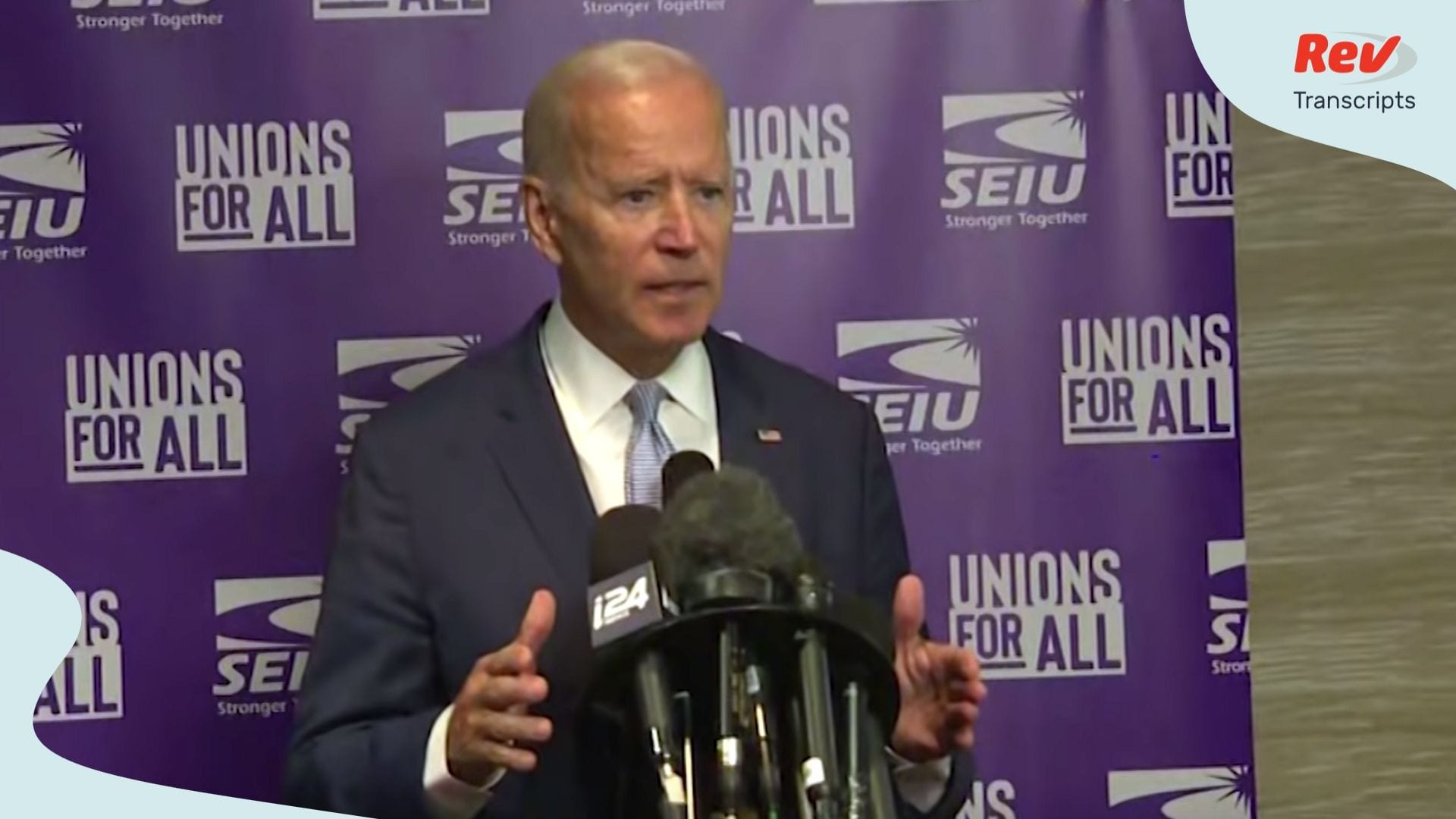 Joe Biden held a press conference on October 4th in which he angrily fired back at Donald Trump over his accusations of corruption in the Ukraine and China. Trump has made several corruption allegations this week regarding Joe Biden and his son, Hunter Biden, and currently faces an impeachment inquiry over speaking with the Ukraine about said corruption. Read the full transcript of Joe Biden’s press conference right here.

Joe Biden: (00:01)
Before you, I’m going to make a quick statement here. We’ve got to get something straight. All this talk of the president about corruption comes from the most corrupt president we’ve had in modern history. He’s the definition of corruption. He’s corrupted the agencies of government, from the Defense Department, from the State Department, from the Justice Department, all about making sure that he, in fact, allows somebody else to pick his opponent for him. That’s what this is about. And I am not going to stand for it. And I’m not going to respond to it. I’m not going to talk about anything other than what the facts are. He’s indicted himself by his own statements. This is not about me. It’s not about my son. There’s not a shred of evidence there’s anything done that’s been wrong. And so, I’ll take your questions.

Joe Biden: (01:04)
I said from the beginning, the constitutional process, not withstanding what he calls it, he calls the impeachment proceeding a “coup,” a coup. He talks about how we should handle whistleblowers. He talks about, there will be a civil war. This is a guy that’s unhinged. He is unhinged. I worry about what he’s going to do, not about me or my family, I’m worried about what he’ll do in the next year in the presidency as this thing continues to rot on his watch.

Speaker 3: (01:36)
You spent so much time in the Senate. The Senate is where there would be a trial of this president. If you were in the Senate, would you vote to convict and remove Donald Trump?

Speaker 5: (02:19)
Excuse me. There is a photo of you golfing with your son, Hunter, and his business partner, Devon Archer. Do you stand by your statement that you did not discuss any of your son’s overseas businesses?

Speaker 6: (02:34)
How was your role as vice president, in charge of policy in Ukraine, and your son’s job in Ukraine, how was that not a conflict of interest?

Speaker 8: (03:13)
If you had … Right now you’re talking about this and you’re saying that you’re only going to talk about the facts, right? How do you prevent this though from being a burden to your candidacy, as everybody here is talking about, and it’s going to follow you around [crosstalk 00:00:03:26]?

Joe Biden: (03:27)
Because the irony of all ironies is that you press people are doing your job. You’re pointing out when he’s flat lying, where there is no evidence. None, not a scintilla, not one little tiny piece. The American people know me, and they know him. They know, even the people who support him know this man lacks character. Even the people who support him know he lies constantly.

Joe Biden: (03:49)
So look, I am not worried about what … Here’s what I’m worried about. I’m worried that he gets so unhinged, of the year left to go in this administration, he does something really, really, really stupid in terms of our international interest. I don’t mean about our election, that’s already … He’s basically acknowledged he’s tried to get people to interfere in our election, let other people decide who the candidate was going to be. But the fact of the matter is, I worry. And you do too, in your heart. The fact of the matter is you wonder what this guy is going to do. Have you ever seen, a rhetorical question, a president ever so unhinged as this guy is? That’s what worries me. Let the House focus on what they’re focusing on, and the Senate, and I’m going to go out and I’m going to beat him on the merits. Thank you.