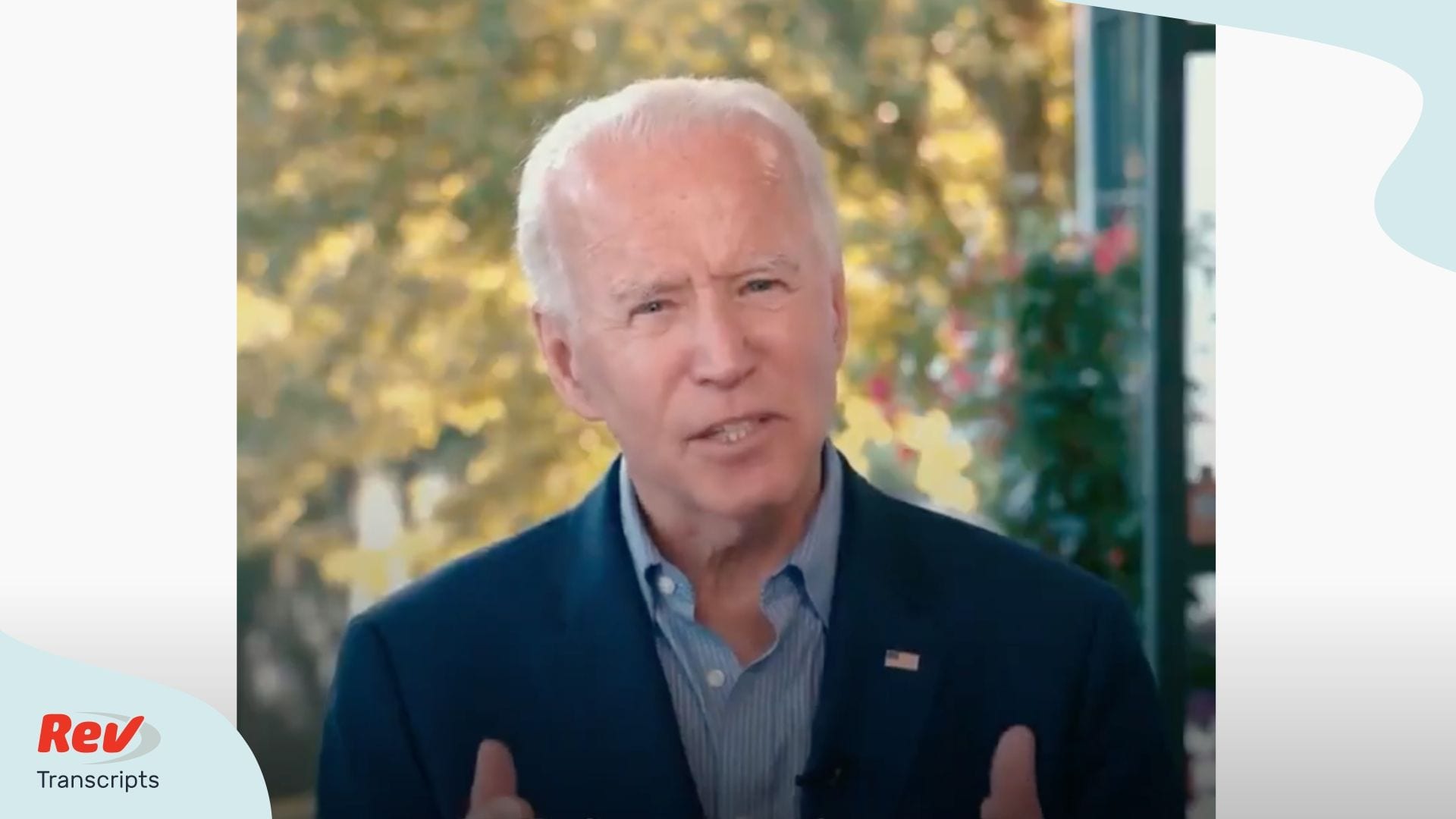 Joe Biden: (00:00)
Our country was founded on an idea, “We hold these truths to be self evident, that all men are created equal.” We’ve never lived up to it. Jefferson himself didn’t. He held slaves, women were excluded, but once proposed it was an idea that couldn’t be constrained. It survived the ravages of the Civil War, the dogs of Bull Connor, the assassination of Martin Luther King and more than 200 years of systemic racism, and just weeks ago the murder of George Floyd. Through it all, these words have gnawed at our conscience and pulled us towards justice.

Joe Biden: (00:39)
American history is no fairy tale. It’s been a constant push and pull between two parts of our character, the idea that all men and women, all people are created equal, and the racism that has torn us apart. We have a chance now to give the marginalized, the demonized, the isolated, the oppressed a full share of the American dream. We have a chance to rip the roots of systemic racism out of this country. We have a chance to live up to the words that have founded this nation. This Independence Day let’s not just celebrate the words, let’s celebrate that promise and commit to work, the work that we must do to fulfill that promise. We remain locked in the battle for the soul of this nation, but believe me, truly, it’s a battle we can and we will win if we act together. Happy Fourth.