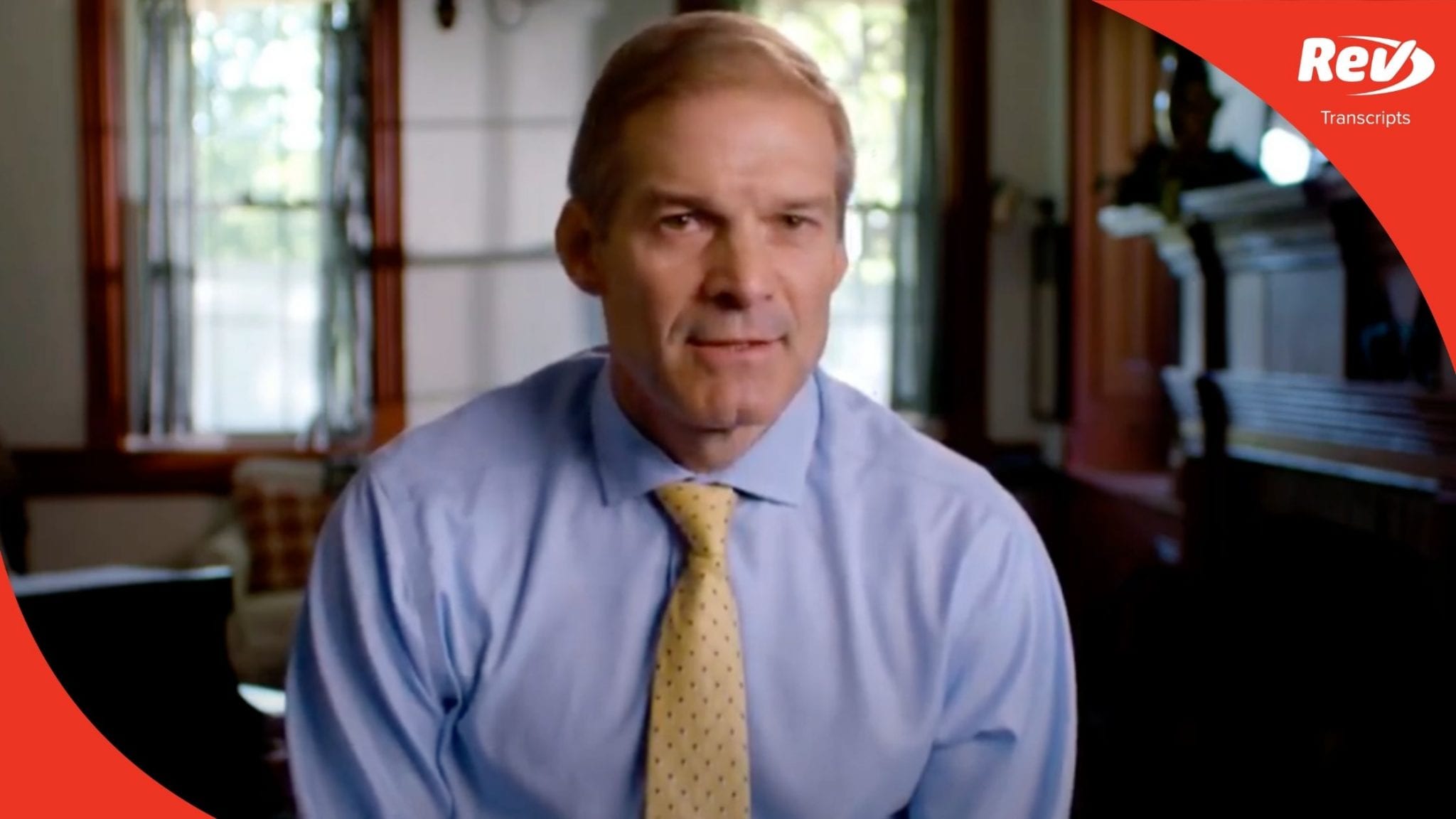 Jim Jordan: (00:00)
Good evening. I’m Congressman Jim Jordan representing the fourth district of Ohio. The Republican Party is the pro-America party. President Trump is the pro-America candidate. This election is about who can preserve the values, principles, and institutions that make America great.

Jim Jordan: (00:14)
Don’t believe me? Look at what’s happening in American cities, cities all run by democrats. Crime, violence and mob rule. Democrats refuse to denounce the mob, and the response to the chaos, defund the police, defund border patrol, and defund our military.

Jim Jordan: (00:47)
President Trump has spot against each of their crazy ideas. He’s taken on the swamp, all of the swamp. The democrats, the press, and the never-Trumpers. And when you take on the swamp, the swamp fights back. They tried the Russia hoax, the Mueller investigation, and the fake impeachment.

Jim Jordan: (01:04)
But in spite of this unbelievable opposition, this president has done what he said he would do. Taxes cut, regulations reduced, economy growing, lowest unemployment in 50 years, out of the Iran deal, embassy in Jerusalem, hostages home from North Korea, a new USMCA agreement, and of course, he’s building the wall and rebuilding our economy as we speak.

Jim Jordan: (01:25)
I love the president’s intensity and his willingness to fight every day in Washington for our families. But what I also appreciate about the president is something most Americans never get to see. How much he truly cares about people. Our family has seen it.

Jim Jordan: (01:40)
Two years ago, our nephew Eli was killed in a car accident. He lived a mile up the road from us, grew up wrestling and training with our boys, was a high school state champion, varsity athlete for the university of Wisconsin.

Jim Jordan: (01:52)
It’s a Saturday morning, three days after the accident, I walked to the car to head up to Eli’s parents’ home when the president called. We talked about a few issues, and then he asked how the family was doing. I said, “They’re doing okay, Mr. President, but it’s tough.” The president said, “Yeah, losing a loved one is always difficult. And it’s really tough when they’re so young.” I then said, “Mr. President, I’m actually walking into their house right now. Obviously they don’t know that I’m talking to you, but if you’d be willing to say hello to Eli’s dad, you’d make a terrible day a little less terrible.” “What’s his name?” The president asked.

Jim Jordan: (02:27)
I walked through the door and said, “Todd, the president wants to talk to you.” For the next five minutes, family and friends sat in complete silence as the president of the United States took time to talk to a dad who was hurting. That’s the present I’ve gotten to know the last four years.

Jim Jordan: (02:43)
The president who shared private moments like this with soldiers, victims of violent crime, and people who’ve had businesses destroyed by the mob. That’s the individual who’s made America great again, and who knows America’s best days are still in front of us. And that’s why I’m busting my tail to help him get reelected. I’m asking you to do the same. Thank you, and God bless our country.