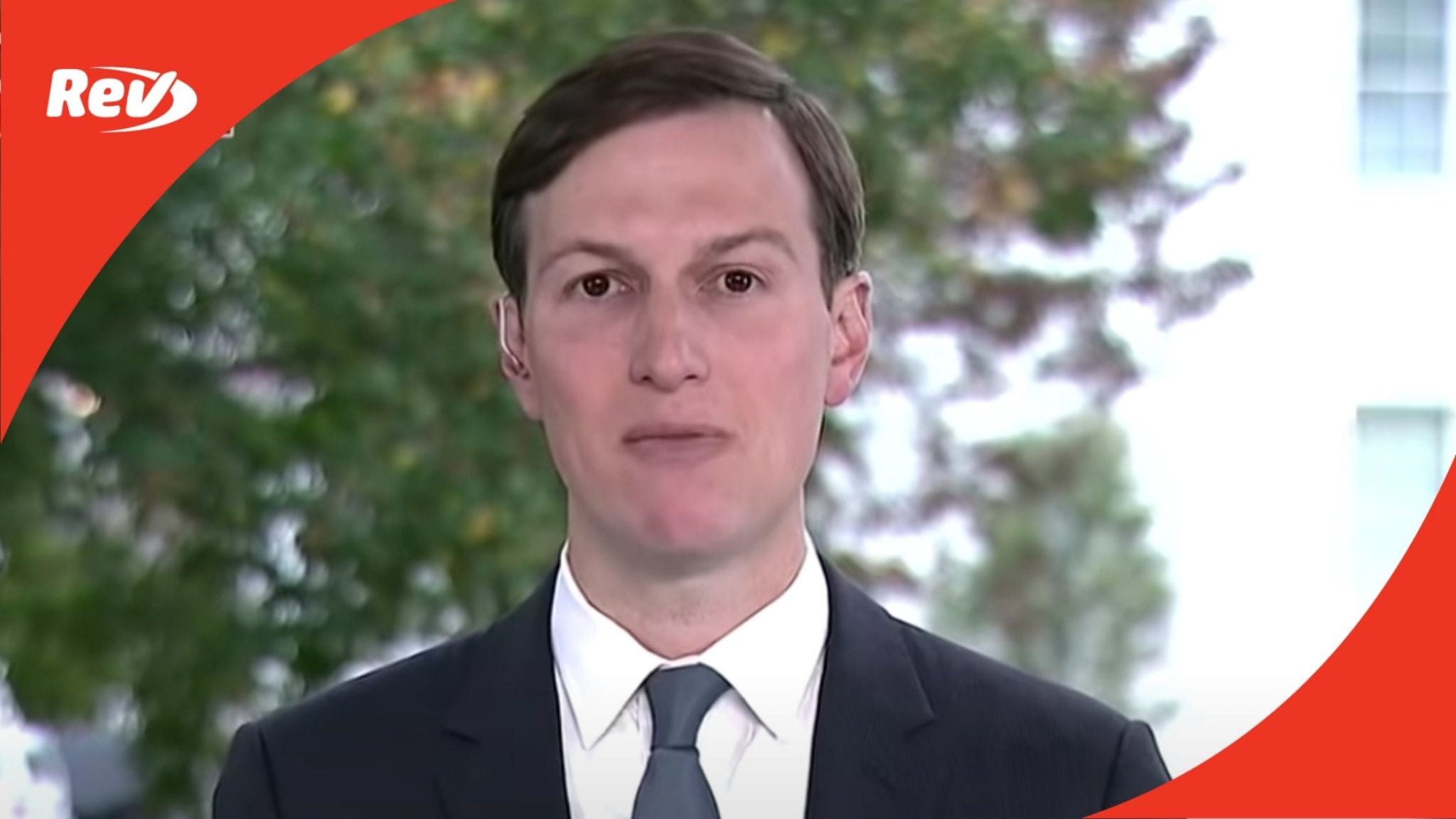 Jared Kushner said Black Americans have to “want to be successful” during an interview with Fox News on October 26. Read the transcript of his remarks here.

Speaker 1: (00:00)
… God for this election season to get over, to give the full credit, the deserve for the administration for you, specifically for that. Because it’s truly phenomenal what’s going on now. Pieces breaking out, and no one’s paying attention.

Speaker 1: (00:10)
But I want to fast forward to something else. And that is Ice Cube has come out, and he got a lot of blow back from it. Because he met with you, and he said, “I got this Platinum plan.” And you know what you did? You said, “I’d like to hear about it. Let’s meet,” and you met. According to reports, you [inaudible 00:00:24] it for about three hours. And you kind of endorsed it. The President talked about in September. Here’s what Ice Cube said yesterday to Chris Wallace, and then I want to get you to comment.

Ice Cube: (00:34)
They listened, heard what I had to say, and pumped up their plan and presented it to the people on September, I believe, 24th. I told everybody that I’m not playing politics with this. I’m willing to meet with anybody who could bring this to life and make it a reality.

Jared Kushner: (01:06)
So look, there’s been a lot of discussion about the issues that were needed in the black community for the last years. But particularly, it intensified after the George Floyd situation. And you saw a lot of people who were just virtue signaling. They’d go on Instagram and cry, or they would put a slogan on their Jersey or write something on a basketball court. And quite frankly, that was doing more to polarize the country than it was to bring people forward. You solve problems with solutions. And one of the things I respected about Ice Cube is he actually went and said, Okay, what are the policies that are needed in order to solve the problems that everyone’s complaining about?” And he put forward his proposal.

Jared Kushner: (01:39)
We were connected through some mutual friends, and we started some discussions. He came in to meet. We said, “Look, we’re been working on our own plan to solve these problems.” We got together. We were able to take them through all of President Trump’s accomplishments, whether it was accomplishing criminal justice reform, opportunity zones, the funding he provided the HBCUs. And then, we took him through a lot of the different plans that we had for what President Trump could do in the next four years. And I’m a big believer in iron sharpens iron. It was a really in depth and respectful policy discussion. There were some things we didn’t agree on, but there were a lot of things we did agree on. I think he helped make our plan better, and we appreciated it.

Jared Kushner: (02:15)
And again, one thing we’ve seen in a lot of the black community, which is mostly Democrat, is that President Trump’s policies are the policies that can help people break out of the problems that they’re complaining about. But he can’t want them to be successful more than they want to be successful. And what you’re seeing throughout the country now is a groundswell of support in the black community. Because they’re realizing that all the different bad things that the media and the Democrats have said about President Trump are not true. And so, they’re seeing that he’s actually delivered, he’s put up results. And a lot of people want to get on board to start working with President Trump because they know that unlike most politicians who have been in Washington for decades, who talk and say all the right things, President Trump may not always say the right things, but he does the right things. He says what’s on his mind, and he gets results. And so, people want results. They’re tired of politicians who are promising things and not delivering.