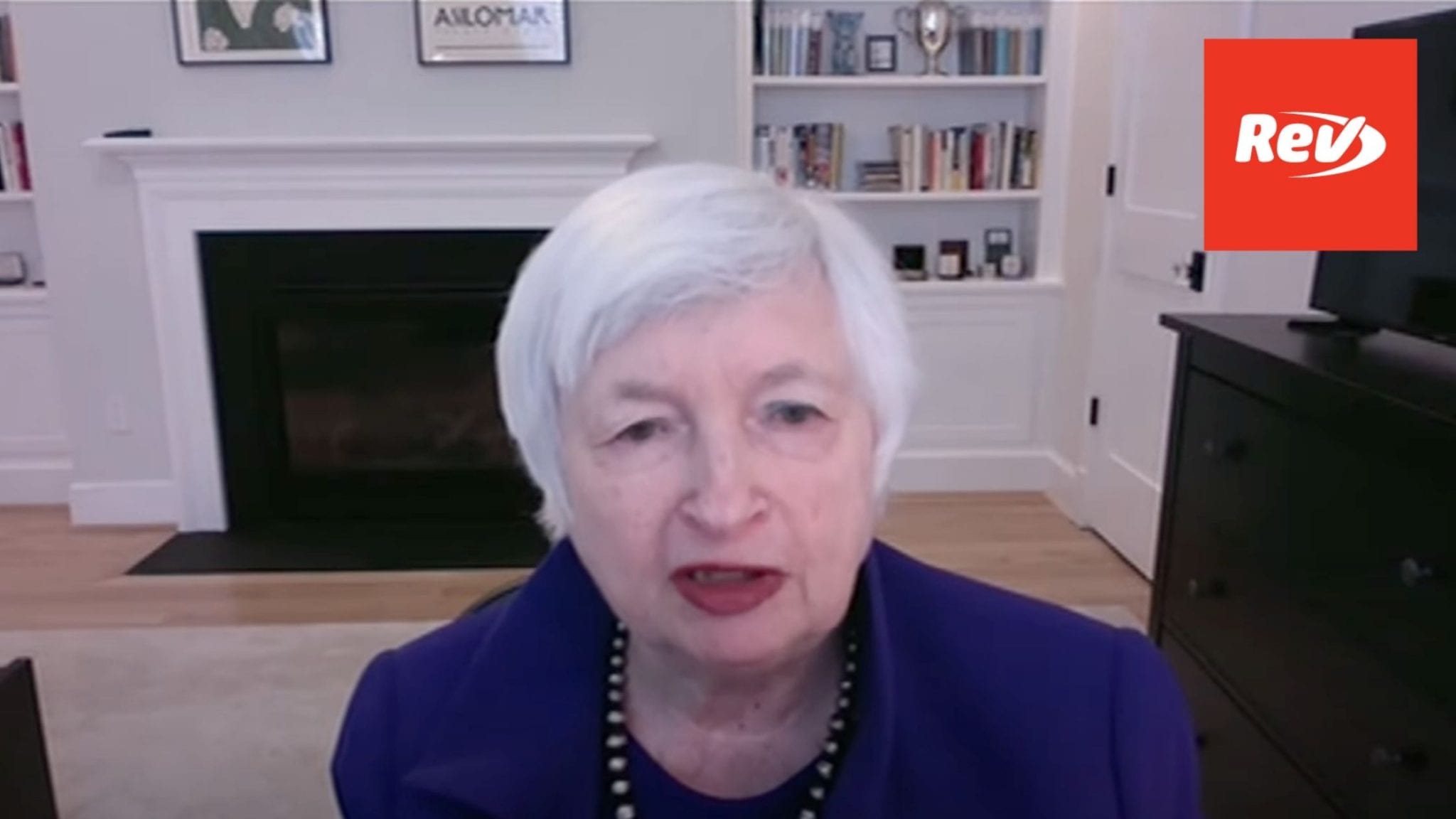 President-elect Joe Biden’s pick for secretary of the treasury Janet Yellen testified in a Senate confirmation hearing January 19. Read the transcript of her opening statement here.

Janet Yellen: (00:03)
He was the kind of doctor who treated the whole patient. He knew about their lives, about when they’d been fired, or couldn’t pay. Those remained some of the clearest moments in my childhood. My parents had been children of the Depression and they had a visceral reaction to economic hardship. Economics is sometimes considered a dry subject, but I’ve always tried to approach my science the same way my father approached his, as a means to help people. And this committee, I believe, has viewed it the same way, especially during these last few years.

Janet Yellen: (00:48)
When economist looked back on the pandemic, I expect they’ll conclude the Congress’s actions, reverted a lot of suffering, but more must be done. Economists don’t always agree, but I think there is a consensus now. Without further action, we risk a longer and more painful recession now and longer term scarring of the economy later.

Janet Yellen: (01:15)
The pandemic has caused widespread devastation. Whole industries have paused their work. 18 million unemployment insurance claims are being paid every week. Food bank shelves are going empty. The damage has been sweeping. And as the president elect said, last Thursday, our response must be too.

Janet Yellen: (01:39)
Over the next few months, we’re going to need more aid to distribute the vaccine, to reopen schools, to help states keep firefighters and teachers on the job. We’ll need more funding to make sure unemployment insurance checks still go out and to help families who were at risk of going hungry or losing the roof over their heads.

Janet Yellen: (02:05)
Neither the president elect, nor I, proposed this release relief package without an appreciation for the country’s debt burden. But right now, with interest rates at historic lows, the smartest thing we can do is act big. In the long run, I believe the benefits will far outweigh the costs, especially if we care about helping people who’ve been struggling for a very long time.

Janet Yellen: (02:35)
People worry about a K-shaped recovery, but will be for COVID-19, infected a single American. We were living in a K-shaped economy, one where wealth built upon wealth, while working families fell farther and farther behind. This is especially true for people of color.

Janet Yellen: (02:59)
At the Fed, I became accustomed to the institution’s dual mandate, to promote stable prices and maximum limits employment. As treasury secretary, I think there will be a dual mission too, helping Americans endure the final months of this pandemic, keeping people safe while getting them back to work. That’s our first task but then there’s the longer term project. We have to re-build our economy so that it creates more prosperity, for more people, and ensures that American workers can compete in an increasingly competitive global economy.

Janet Yellen: (03:42)
Members of the committee, these are very ambitious goals, and I know we will need to work together. You can count on me to do that in a bipartisan way. My husband and son are watching us on CSPAN from the other room. They are not only wonderful people, they’re also wonderful and opinionated economists themselves. So, I’m used to debate about these issues in the House and I’d welcome it in Senate. Thank you. I look forward to your questions.