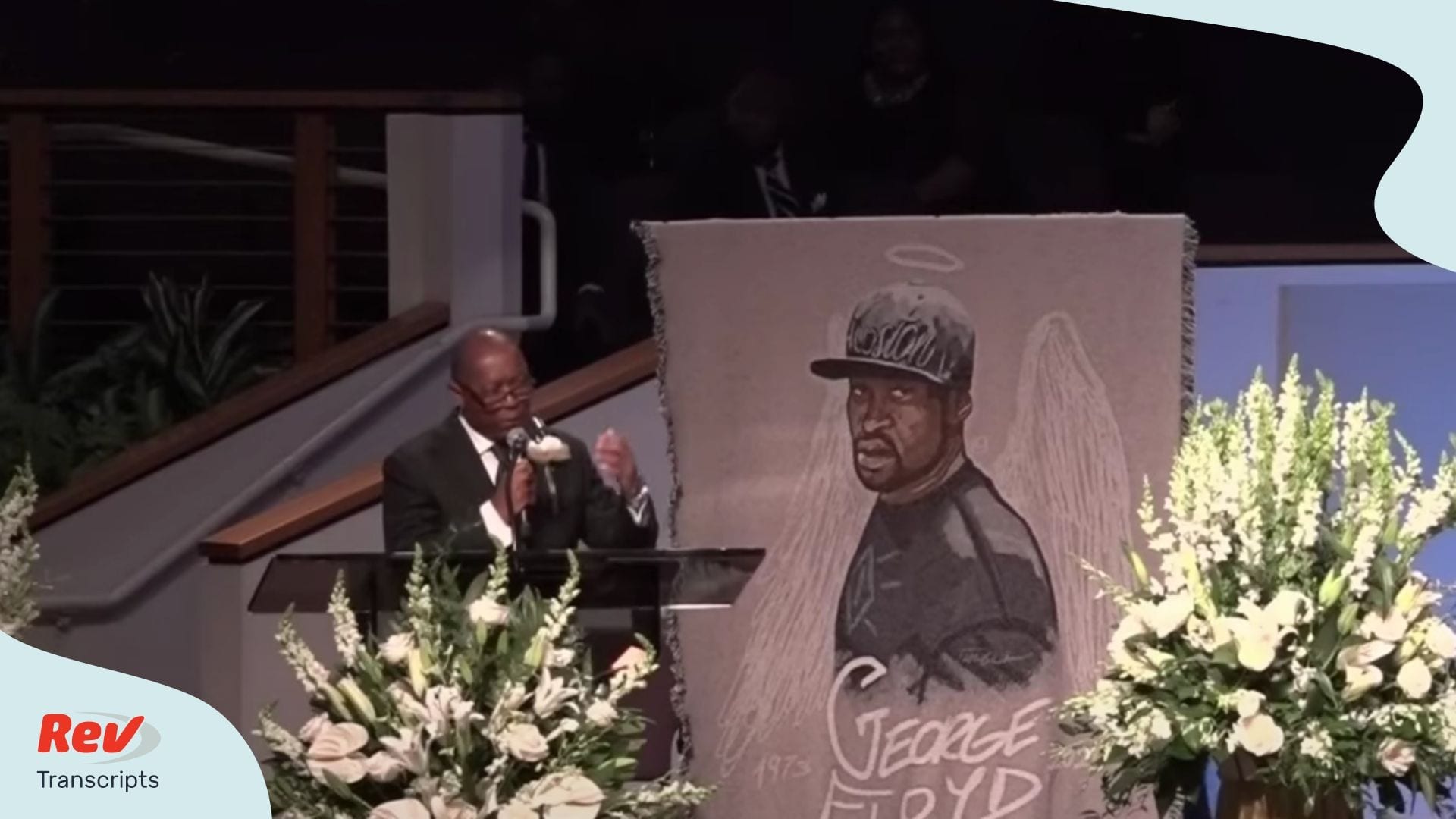 Houston Mayor Sylvester Turner spoke today at George Floyd’s funeral in Houston. He announced that he would ban chokeholds in the city. Read the full eulogy speech transcript here.

Mayor Sylvester Turner: (00:00)
Let me just say to you that people all over the world, and elected officials on all levels, are doing things that they otherwise might not have done, had not done, because of George.

Mayor Sylvester Turner: (01:20)
But I want you to know it goes beyond just policing, because I have been talking with business owners and CEOs over the last several weeks. What I’ve said to them, when we invest in communities that have been underserved and under invested in, where we haven’t done the investments, then you don’t have to spend as much on policing, if you take the necessary funds and invest in our communities. So I want you to know, and this family to know, that we appreciate everything that you all have done.

Mayor Sylvester Turner: (01:59)
And lastly I will say this, George and this family, rearing up in Houston, Third Ward of the trade, coming out of Cuney Homes, who would have thought that his name would now be mentioned in South Africa, Canada, Nairobi, Berlin, South Korea, Europe. A person who may not have been known by many before, but white folk men for evil, God has turned it out for good. We honor him Reverend Sharpton not because he was perfect, but we honor him today because when he took his last breath the rest of us will now be able to breathe. So therefore I, Sylvester Turner, mayor of the city of Houston, hereby proudly proclaim June 9th, 2020 as George Perry Day in the city of Houston. To God be to glory for the good he has done.