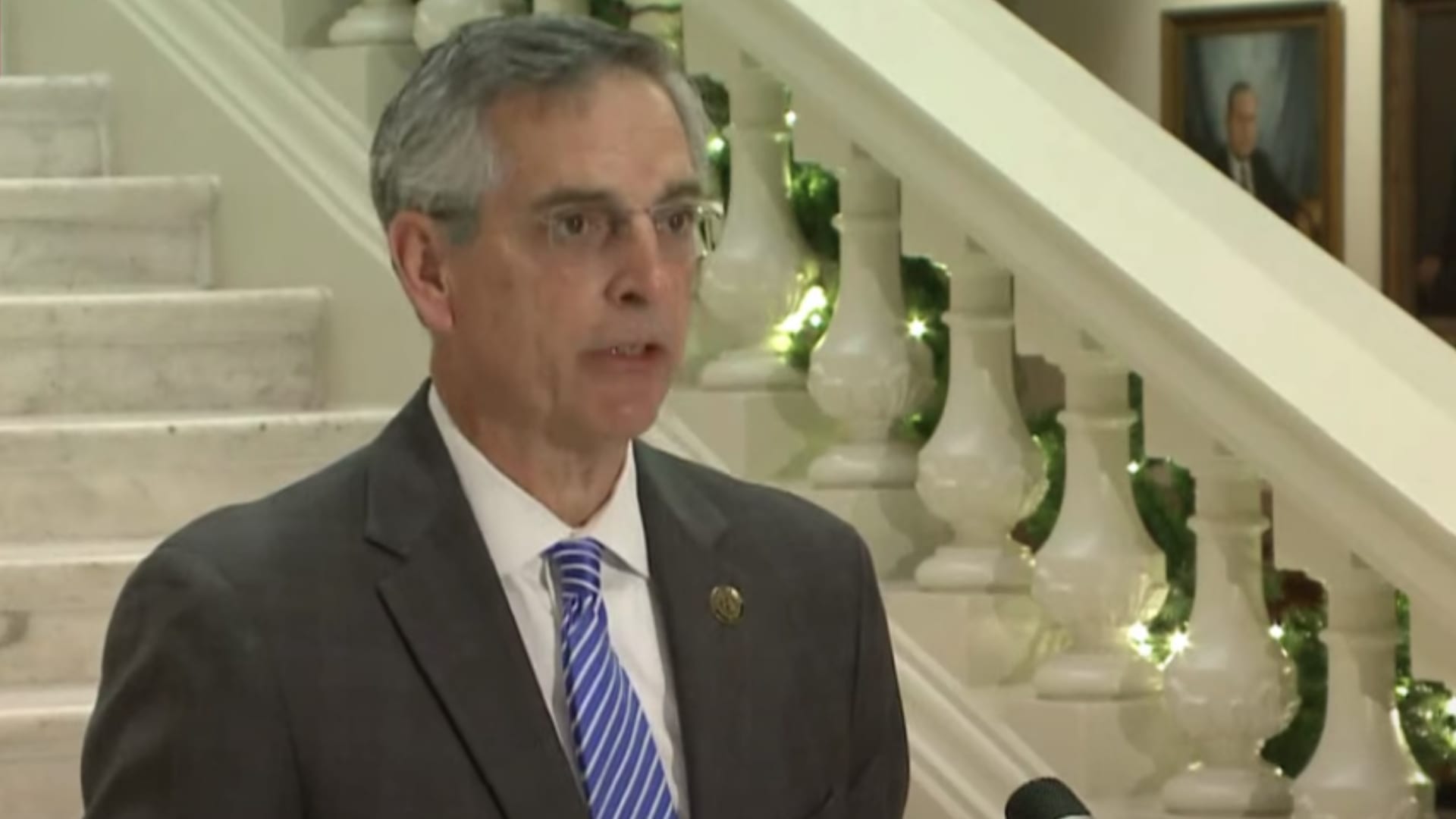 Georgia Sec. of State Brad Raffensperger announced the results from the election recount on November 20. He certified that Joe Biden won the election in Georgia. Read the transcript of the press conference here.

Brad Raffensperger: (00:19)
In a winner take all system, close margins of voters leads to fights that are as fierce after election day as the campaigns before. The passions we feel reflect voters commitment to the ideals and principles they believe in. We all want our side to win because our side provides the best leadership for our nation and state. I know I’m a passionate conservative, and as I’ve said before, I’m a proud Trump supporter. I was with him early in the 2016 election cycle, and he’s governed the nation by the same conservative principles that I hold dear. Like other Republicans, I’m disappointed our candidate didn’t win Georgia’s electoral votes. Close elections sow distrust. People feel their side was cheated. We saw this from the Democrats in 2018, and we see this from Republicans today.

Brad Raffensperger: (01:17)
Working as an engineer throughout my life, I live by the motto that numbers don’t lie. As Secretary of State, I believe that the numbers that we have presented today are correct. The numbers reflect the verdict of the people, not a decision by the Secretary of State’s Office or of courts or of either campaigns. I want to do everything I can to build voters’ trust in our electoral system. To that end, I want to work with the governor and legislators on legislation that improves on our current system.

Brad Raffensperger: (01:54)
First, I’d like to see legislation that allows for the state to intervene in counties that have systemic ongoing problems in administering elections. Elections in our state are run by counties. Some do it great and some don’t. We need to have a remedy that allows the state to address problem areas and get those counties moving in the right direction. The audit revealed that in some counties, not all the votes had been counted. That doesn’t mean those counties had systemic problems, but it does raise a concern. We must implement a reconciliation process that prevents such errors from happening in the future.

Brad Raffensperger: (02:37)
Second, we need some reforms on our absentee ballot laws. The state and counties performed admirably in rapidly transitioning our election system from one where a small percentage of the electric voted by mail to one where a vast percentage voted by mail. Other states that have moved to vote by mail systems did that over a period of years, we did it in months. But such a large number of mail-in ballots has raised concerns about election integrity. I will work with legislators to find a solution that allows us to use the same security measures for votes by mail as we have for in-person voting. That would include a photo ID requirement. We know this works.

Brad Raffensperger: (03:26)
We know this stops fraud. We know there are claims that it was suppressed votes have been proven wrong with empirical evidence and empirical studies. This move would have the added benefit of removing the controversial signature verification system that we use now. Democrats have long complained about it, now Republicans are raising concerns too. We can move from a subjective system to an objective system. And I think we should get that done next year.

Brad Raffensperger: (03:56)
Third, because federal laws don’t allow us to update our voter rolls as often as we need to, we need to have stricter controls that allow for challenges to voters who are suspected of not living where they are registered to vote. A simply tightening of the law would give teeth to these challenges and prevent people from voting illegally. These measures will improve the security of our elections, and that should give lead to greater public trust. Our first goal is carrying out election successfully and getting the results right. Our second goal is upholding the people’s faith in our democracy by demonstrating the integrity of our process. Thank you for coming out so early today. Take care.