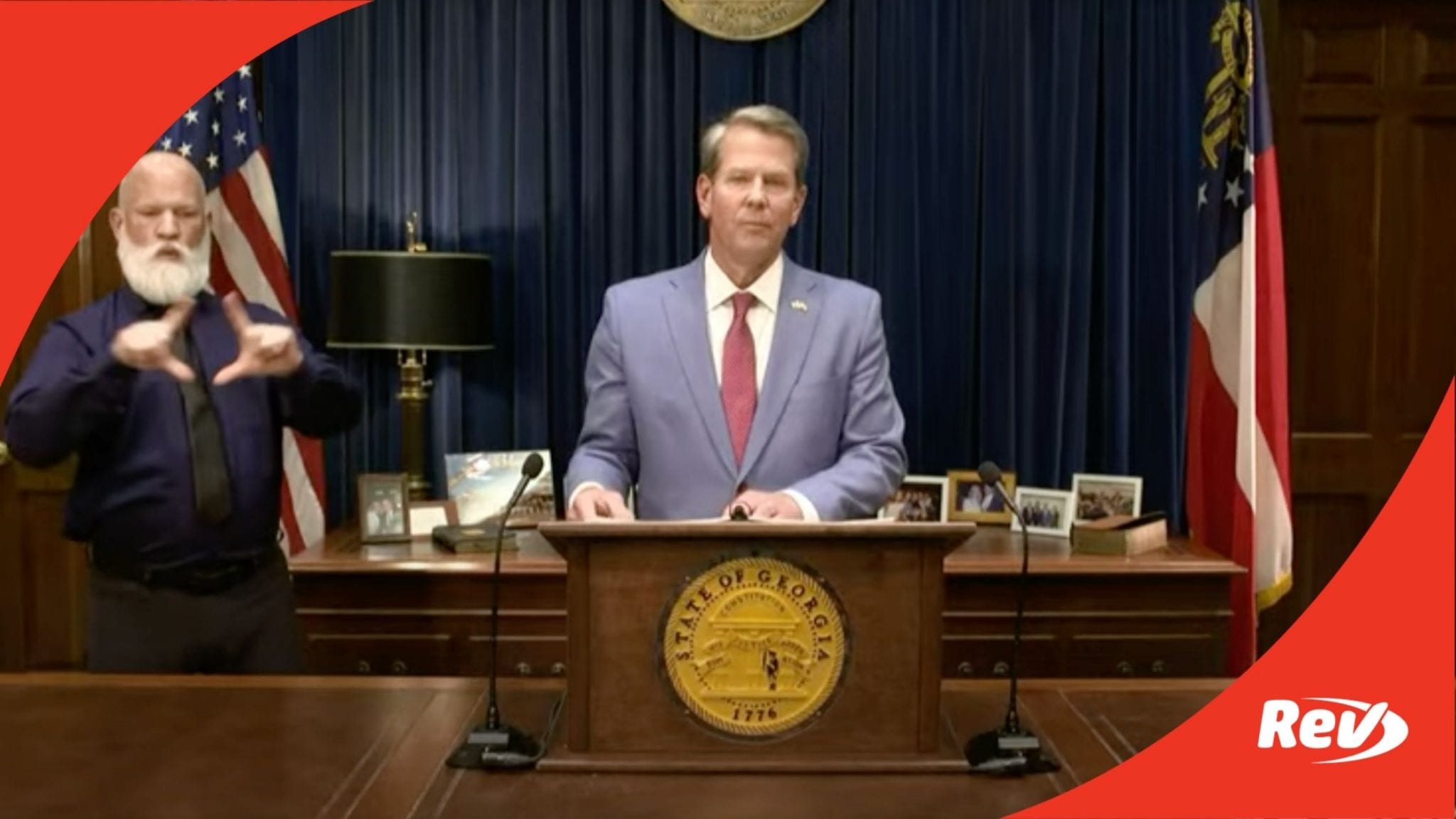 Brian Kemp: (00:00)
… the members of the, and the leadership, of the House and the Senate for their tireless work on this issue. For over 10 years, I’ve led the fight to strengthen protections at the ballot box and ensure that every legal voter has their voice heard in our elections. As Secretary of State, I sued the Obama Justice Department to make sure Georgia had a citizenship check before you registered to vote. Despite media outrage and relentless attacks from some with a financial or political agenda, I led the fight to aggressively investigate all allegations of voter fraud and followed the law to keep our voter rolls clean. And I lost count of how many times I defended our voter ID laws in court against those who wanted to endanger the integrity of our elections. That’s the record I ran on when I campaigned to be your governor.

Brian Kemp: (00:54)
And after the November election last year, I knew like so many of you that significant reforms to our state elections were needed. There’s no doubt there were many alarming issues with how the election was handled and those problems, understandably, led to the crisis of confidence in the ballot box here in Georgia. While I’m no longer Secretary of State, as governor, I was the first to call on Secretary Raffensperger to complete an audit of signatures on the overwhelming number of absentee ballots that were cast during the election. I did that four times publicly. I was the first to call for a change in state law, through the legislature, that would implement a photo ID requirement on all absentee ballots. And I joined many others, including President Trump in urging the Secretary of State’s office to quickly and fully investigate any and all fraud irregularities. I also offered the assistance of the Georgia Bureau of Investigation to get to the bottom of each and every allegation of the fraud.

Brian Kemp: (01:59)
I’m proud of the dedicated men and women who answered the call to duty, but more needed to be done. We quickly began working with the House and Senate on further reforms to make it easy to vote and hard to cheat. The bill I signed into law does just that. First and foremost, SB202 replaces the signature match process with a state issued ID requirement to request and submit an absentee ballot. When voting in person in the state of Georgia, you must have a photo ID. It only makes sense for the same standard to apply to absentee ballots as well.

Brian Kemp: (02:42)
For example, the November 2020 election saw a 350% increase in the use of absentee balloting, over 1.3 million absentee ballots total when compared to election day in 2018. This obviously led local election workers to have to process far more ballots using a time-consuming labor-intensive, and at times, arbitrary process. By moving to a state issued ID requirement, instead of a signature match, Georgia will dramatically streamline the verification process on absentee ballots.

Brian Kemp: (03:23)
SB202 also secures all ballot drop boxes around the clock, speeds up processing to ensure quicker election results, requires security paper to allow for authentication of ballots, and allows the bipartisan state election board to have more oversight over counties who failed to follow state election law.

Brian Kemp: (03:48)
And contrary to the hyper partisan rhetoric you may have heard inside and outside this gold dome, the facts are that this new law will expand voting access in the peach state. Every county in Georgia will now have two mandatory Saturdays of early voting and the option of two Sundays of early voting. Georgians will no doubt be soon overwhelmed with fancy TV ads, mailers, and radio spots, attacking this common sense election reform measure. In fact, left wing groups funded by out-of-state billionaires are already doing that now. They’re using outrageous false rhetoric to scare you and put millions of dollars in their own pocket. They’re threatening to boycott Georgia businesses in the middle of a pandemic because they oppose election integrity. According to them, if you support voter ID for absentee ballots, you’re a racist. According to them, if you believe in protecting the security and sanctity of the ballot box, you’re a quote, “Jim Crow in a suit and tie,” end quotes.

Brian Kemp: (05:01)
I’ve fought these partisan activists tooth and nail for over 10 years to keep our elections secure, accessible, and fair. Like before, I’m sure they will threaten, boycott, sue, demonize, and team up with their friends in the national media to call me everything in the book, but fighting for free and fair elections is worth all of that and more. Standing up for the constitutional rights of all Georgians is part of the oath I took as your governor and and you have my word, I will continue to uphold that oath. Putting hard work in Georgians first starts with ensuring that your voice is heard in restoring each and every citizen’s confidence in their vote.

Brian Kemp: (05:49)
With SB202 now becoming law, Georgians should know what the alternative being pushed by the other side contains. In Washington, DC, Democrats in the left are showing exactly what their dangerous agenda is for all elections across the country, including here in the peach state. By trying to ram House Resolution 1 through Congress, the contrast could not be clearer. While strengthening our voter ID laws here in Georgia, H.R.1 would remove ID requirements on voting.