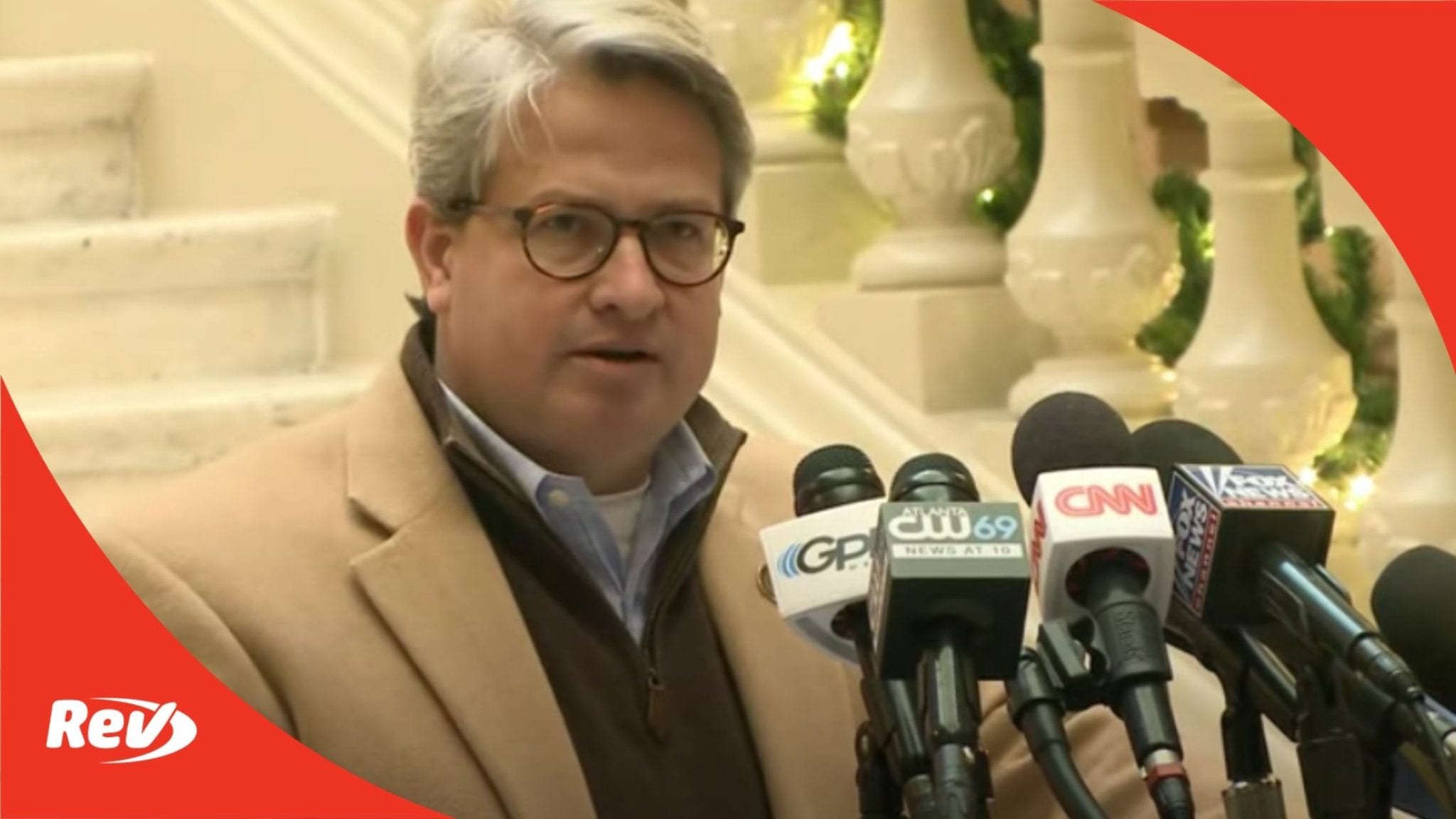 Gabriel Sterling: (00:09)
Good afternoon. My name is Gabriel Sterling. I’m the Voting System Implementation Manager for the state of Georgia. And just to give y’all a heads up, this is going to be sort of a two-part press conference today. At the beginning of this, I’m going to do my best to keep it together because it has all gone too far. All of it.

Gabriel Sterling: (00:43)
Joe diGenova today asked for Chris Krebs, a patriot who ran CISA, to be shot. A 20 something tech in Gwinnett County today has death threats and a noose put out, saying he should be hung for treason because he was transferring a report on batches from an EMS to a county computer so we could read it. It has to stop. Mr. President, you have not condemned these actions or this language. Senators, you have not condemned this language or these actions. This has to stop. We need you to step up and if you’re going to take a position of leadership, show something.

Gabriel Sterling: (01:33)
My boss, Secretary Raffensperger, his address is out there. They have people doing caravans in front of their house. They’ve had people come on to their property. Tricia, his wife of 40 years, is getting sexualized threats through her cell phone. It has to stop. This is elections. This is the backbone of democracy. And all of you who have not said a damn word are complicit in this. It’s too much. Yes. Fight for every legal vote. Go through your due process. We encourage you. Use your first amendment. That’s fine. Death threats, physical threats, intimidation, it’s too much. It’s not right. They’ve lost the moral high ground to claim that it is.

Gabriel Sterling: (02:29)
I don’t have all the best words to do this because I’m angry. The straw that broke the camel’s back today is again, this 20 year old contractor for a voting system company, just trying to do his job. Just there. In fact, I talked to Dominion today and I said, “He’s one of the better ones they got.” His family is getting harassed now. There’s a noose out there with his name on it. That’s not right. I’ve got police protection outside my house. Fine. I took a higher profile job. I get it. Secretary ran for office. His wife knew that too. This kid took a job. He just took a job. And it’s just wrong. I can’t begin to explain the level of anger I have right now over this. And every American, every Georgian, Republican and Democrat alike should have that same level of anger.

Gabriel Sterling: (04:04)
DiGenova, who said for Chris Krebs to get shot, is a former US Attorney. He knows better. The people around the President know better. Mr. President, as the secretary said yesterday, people aren’t giving you the best advice of what’s actually going on the ground. It’s time to look forward. If you want to run for re-election in four years, fine, do it. But everything we’re seeing right now, there’s not a path. Be the bigger man here and step in. Tell your supporters, “Don’t be violent. Don’t intimidate.” All that’s wrong. It’s un-American.