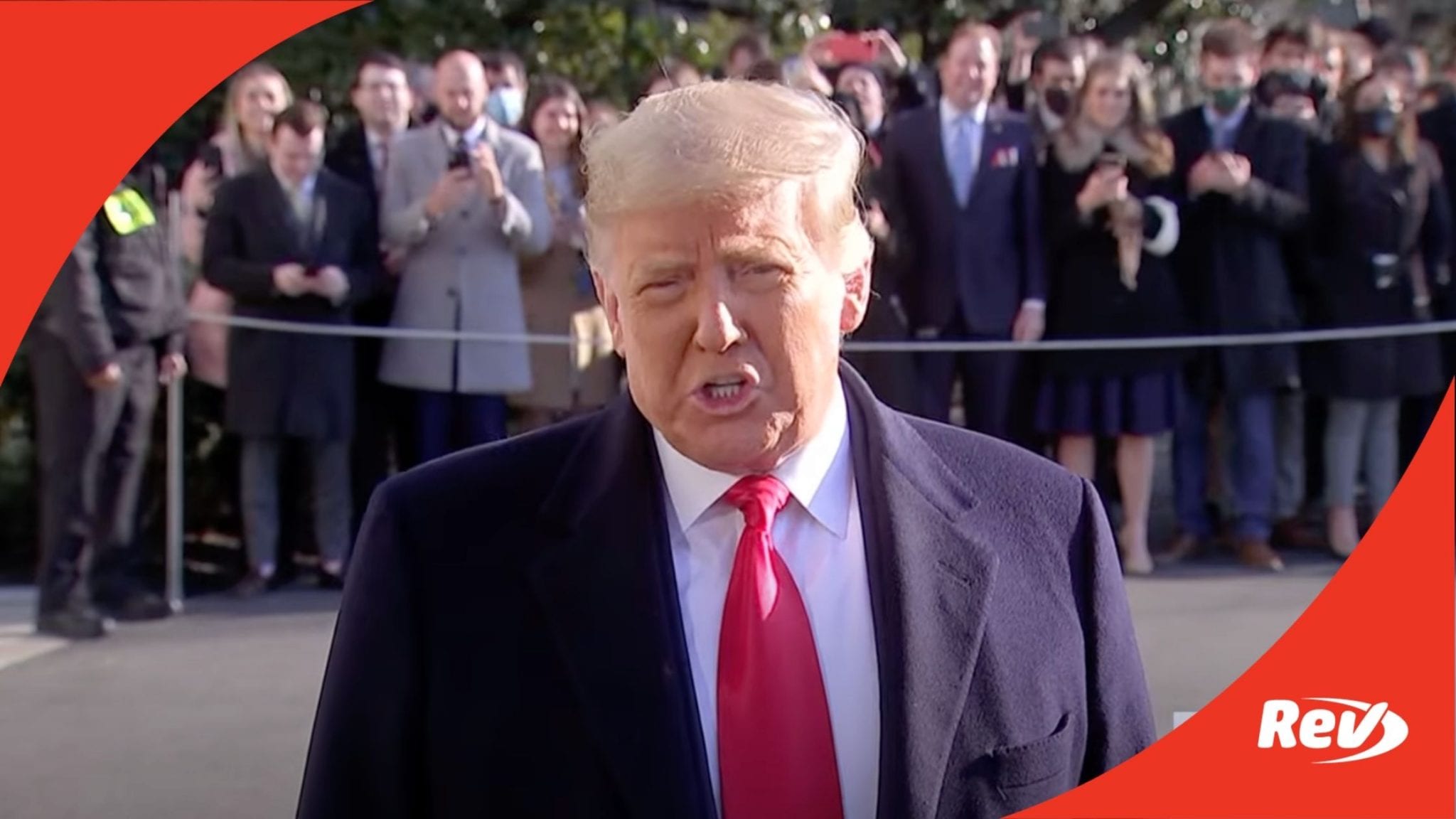 On January 12, President Donald Trump spoke to the media for the first time since the Capitol attack. He said he wants “no violence” and called impeachment talks “ridiculous.” Read the full transcript here.

Donald Trump: (00:03)
We’re going to Texas. We’re going to the Southern border. As you know, we completed the wall. They may want to expand it. We have the expansion underway. It’s been tremendously successful far beyond what anyone thought. We’re stopping in large numbers the drugs coming into the country for many, many years and decades. We’re stopping a lot of illegal immigration. Our numbers have been very good. There does seem to be a surge now because people are coming up. So caravans are starting to form because they think there’s going to be a lot in it for them, if they’re able to get through, but we’re able to stop it.

Donald Trump: (00:43)
The wall has made a tremendous difference. I think some of you are coming with me, but the wall has made a tremendous difference on the Southern border. As far as this is concerned, we want no violence, never violence. We want absolutely no violence. And on the impeachment, it’s really a continuation of the greatest witch hunt in the history of politics. It’s ridiculous. It’s absolutely ridiculous. This impeachment is causing tremendous anger as you’re doing it. And it’s really a terrible thing that they’re doing. For Nancy Pelosi and Chuck Schumer to continue on this path, I think it’s causing tremendous danger to our country and it’s causing tremendous anger. I want no violence. Thank you very much. Thank you everybody.

Donald Trump: (01:31)
I think that big tech is doing a horrible thing for our country, and to our country. And I believe it is going to be a catastrophic mistake for them. They’re dividing and divisive and they’re showing something that I’ve been predicting for a long time. I’ve been predicting it for a long time and people didn’t act on it. But I think big tech has made a terrible mistake and very, very bad for our country. And that’s leading others to do the same thing. And it causes a lot of problems and a lot of danger, a big mistake. They shouldn’t be doing it, but there’s always a countermove when they do that. I’ve never seen such anger as I see right now, and that’s a terrible thing, terrible thing. And you have to always avoid violence. And we have tremendous support. We have support probably like nobody’s ever seen before. Always have to avoid violence.

Speaker 2: (02:56)
What is your role in what happened at the Capitol? What is your personal responsibility?

Donald Trump: (03:01)
So if you read my speech and many people have done it and I’ve seen it both in the papers and in the media on television, it’s been analyzed and people thought that what I said was totally appropriate. And if you look at what other people have said, politicians at a high level, about the riots during the summer, the horrible riots in Portland and Seattle and various other places. That was a real problem, what they said, but they’ve analyzed my speech and my words and my final paragraph, my final sentence. And everybody to the T thought it was totally appropriate. Okay, thank you. 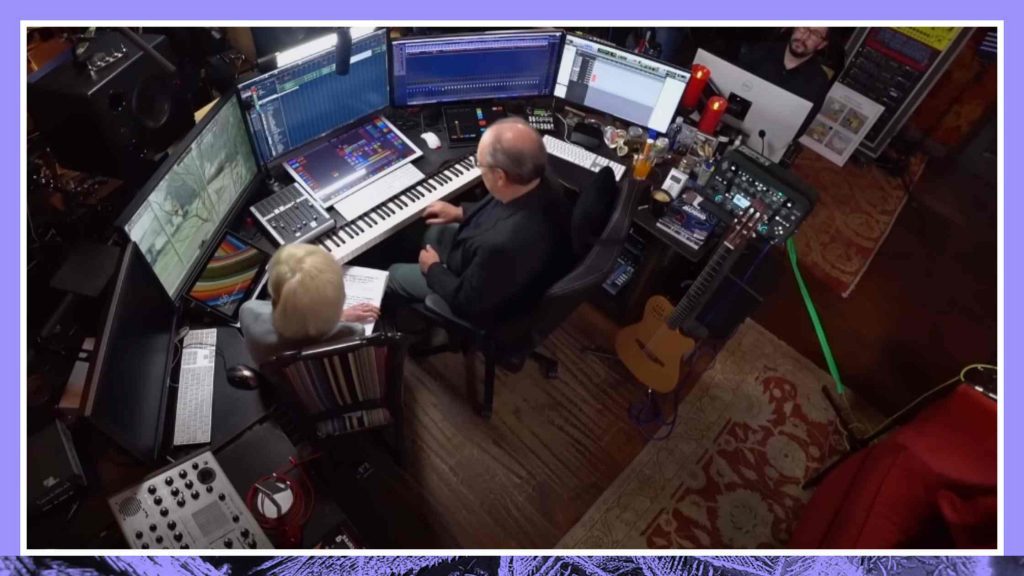 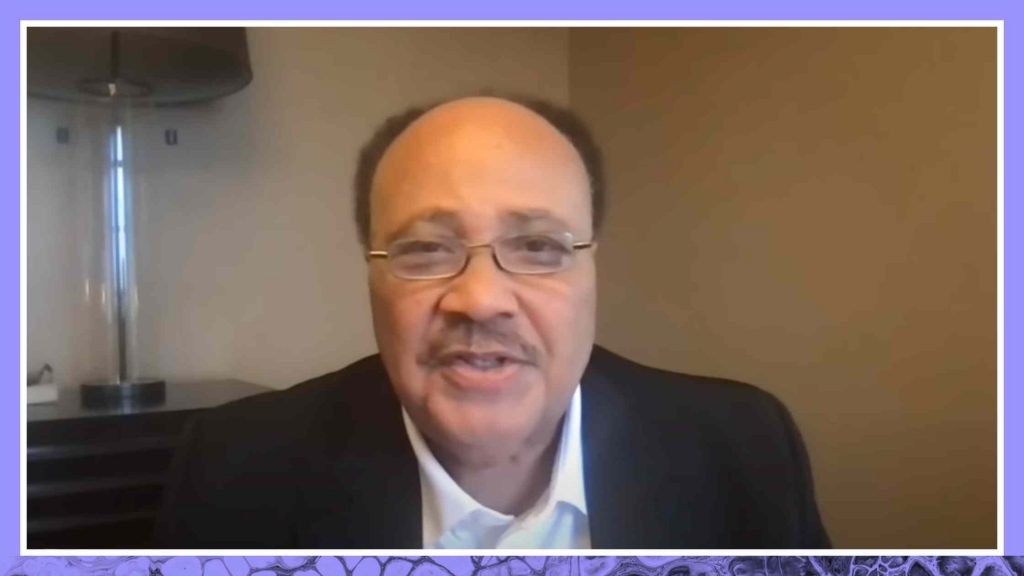 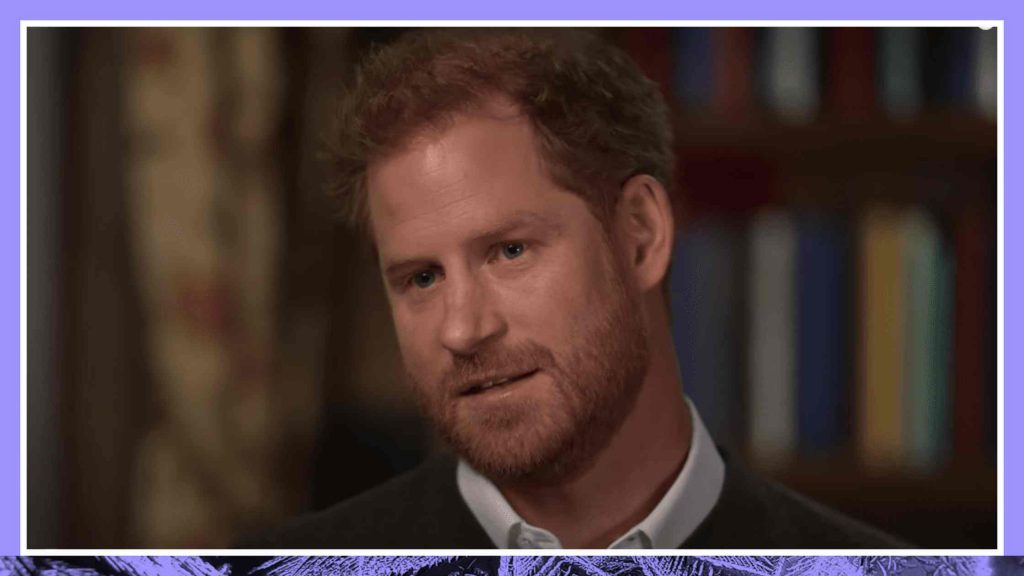