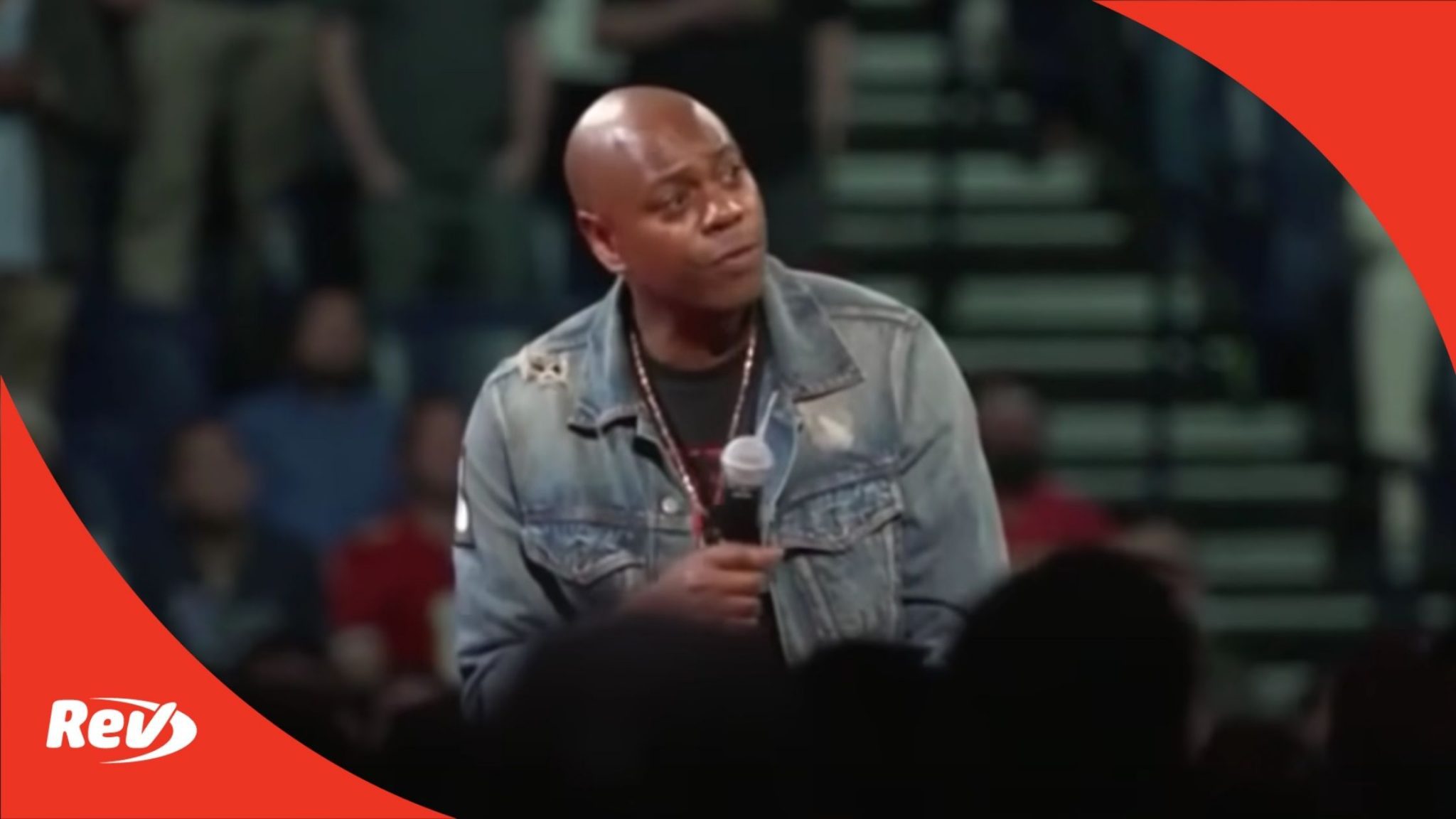 Comedian Dave Chappelle responded to criticism of his latest Netflix special, The Closer. He said he is “more than willing” to meet with the transgender community, but is not “bending to anyone’s demands.” Read the transcript of his remarks here.

Dave Chappelle: (00:04)
It’s been said in the press that I was invited to speak to the transgender employees of Netflix and I refused. That is not true. If they had invited me, I would’ve accepted it. Although, I am confused about what we are speaking about. I said what I said, and boy, I heard what you said. My God, how could I not? You said you want a safe working environment at Netflix. Well, it seems like I’m the only one that can’t go to the office anymore.

Dave Chappelle: (00:47)
I want everyone in this audience to know that even though the media frames that it’s me versus that community, that is not what it is. Do not blame the LBGTQ community for any of this s**t. This has nothing to do with them. It’s about corporate interest and what I can say and what I cannot say.

Dave Chappelle: (01:19)
For the record, and I need you to know this, everyone I know from that community has been nothing but loving and supporting. So I don’t know what all this nonsense is about.

Dave Chappelle: (01:34)
In summer 2020, when the whole world shut down, I was outside doing shows. My neighbor had a corn field and he let me throw shows there and people came from all over the country. Some people came from around the world to see those shows. The best comedians on earth came to my home and broke bread with me. We lived our lives. We found a way to keep moving forward. I made a whole documentary about it.

Dave Chappelle: (02:10)
The first night of those shows was a piece that some of you might have seen. It was called 8:46 and it dealt with the death, the murder, of George Floyd. This film that I made was invited to every film festival in the United States, and some of those invitations I accepted. When this controversy came out about The Closer, they began disinviting me from these film festivals. Now, today, not a film company, not a movie studio, not a film festival, nobody will touch this film. Thank God for Ted Sarandos at Netflix. He’s the only one that didn’t cancel me yet.

Dave Chappelle: (03:12)
To the transgender community, I am more than willing to give you an audience, but you will not summon me. I am not bending to anybody’s demands. If you want to meet with me, I’d be more than willing to, but I have some conditions. First of all, you cannot come if you have not watched my special from beginning to end. You must come to a place of my choosing and a time of my choosing, and thirdly, you must admit that Hannah Gadsby is not funny.

Dave Chappelle: (04:17)
I desperately want people to see this movie, but I understand why investors would be nervous. Since nobody will touch it, I’ll tell you what I’ll do. I will make it available for all of you in 10 American cities, going on sale in the next few days. You will be able to see this movie in its entirety and you can see what they’re trying to obstruct you from seeing.

Dave Chappelle: (04:41)
You can judge for yourself, but you cannot have this conversation and exclude my voice from it. That is only fair. You have to answer the question, am I canceled or not? Then let’s go. Thank you very much and good night.