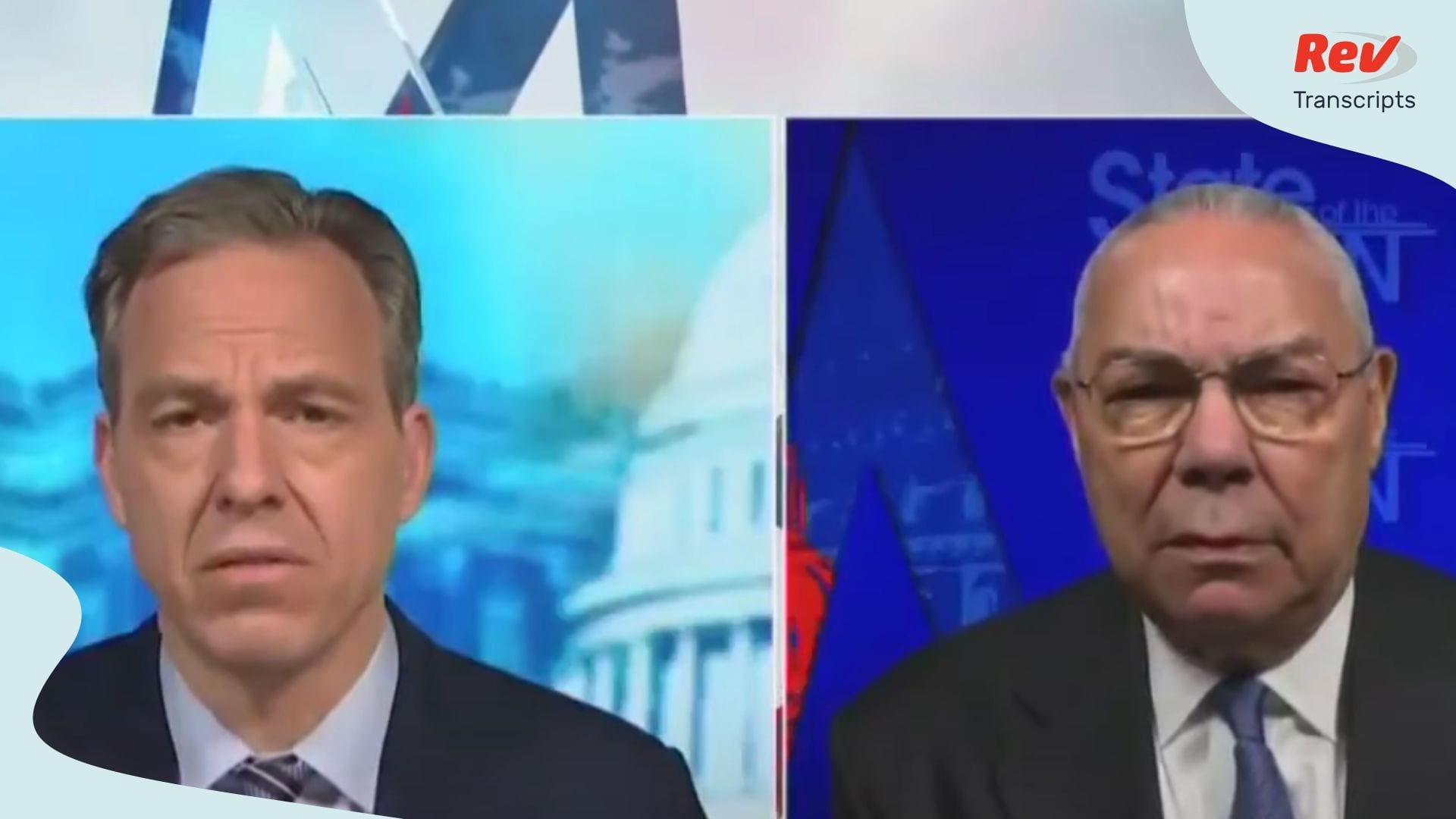 Colin Powell did an interview with CNN’s Jake Tapper in which he said he would vote for Joe Biden in the 2020 presidential election. Read the transcript here.

Jake Tapper: (00:00)
Seeing tens of thousands of protesters taking to the streets this week in opposition to racial injustice and police brutality, what’s been your personal reaction to this moment? Do you think that the country is in something of a turning point?

General Colin Powell: (00:16)
We are in turning points. The Republican Party, the President, thought they were immune, they can go say anything they wanted. And even more troubling, The Congress would just sit there and not in any way resist what the President’s doing. The one word I have to use with respect to what he’s been doing for the last several years is a word I would never have used before, I never would have used with any of the four Presidents I’ve worked for. He lies, he lies about things, and he gets away with it because people will not hold them accountable. While we’re watching him, we need to watch our Congress. I watched the Senators heading into the chamber the other day after all this broke with a reporter saying, “What do you have to say? What do you have to say?” They had nothing to say. They would not react. We’re not a country of just a President, we have a Congress, we have a Supreme Court, but most of all, we have the people of the United States, the ones who vote, the ones who vote him in and the ones who vote him out.

Colin Powell: (01:11)
I couldn’t vote for him in ’96, and I certainly cannot in any way support President Trump this year.

Jake Tapper: (01:20)
I know you didn’t vote for him in 2016, I assume based on the fact that you approved Joe Biden when then Senator Obama picked him to be his running mate in 2008, I assume you’re going to be voting for Joe Biden?

Colin Powell: (01:36)
I’m very close to Joe Biden on a social matter and on a political matter. I’ve worked with him for 35, 40 years, and he is now the candidate and I will be voting for him.